I’ve wanted to visit Australia since receiving postcards of koalas and kangaroos from my dad as a kid.  In fact, Claudia and I liked koalas so much we even had a koala cake for one of our birthday parties, with coconut flakes for the white belly.  So with koalas on the brain, we planned our short trip to Australia.  Our goals and plans were quite different than the rest of our trip so far – without enough time to properly see everything, we really just wanted to see our friends on the other side of the world.

Lisa moved to Melbourne three years ago, and we were naturally curious about this “Vancouver” of Australasia.  And dying for a cup of a coffee after choking down Nescafe for most the year.  I always thought Vancouver had a good coffee culture, but now I know it’s nothing in comparison to Australia and New Zealand. 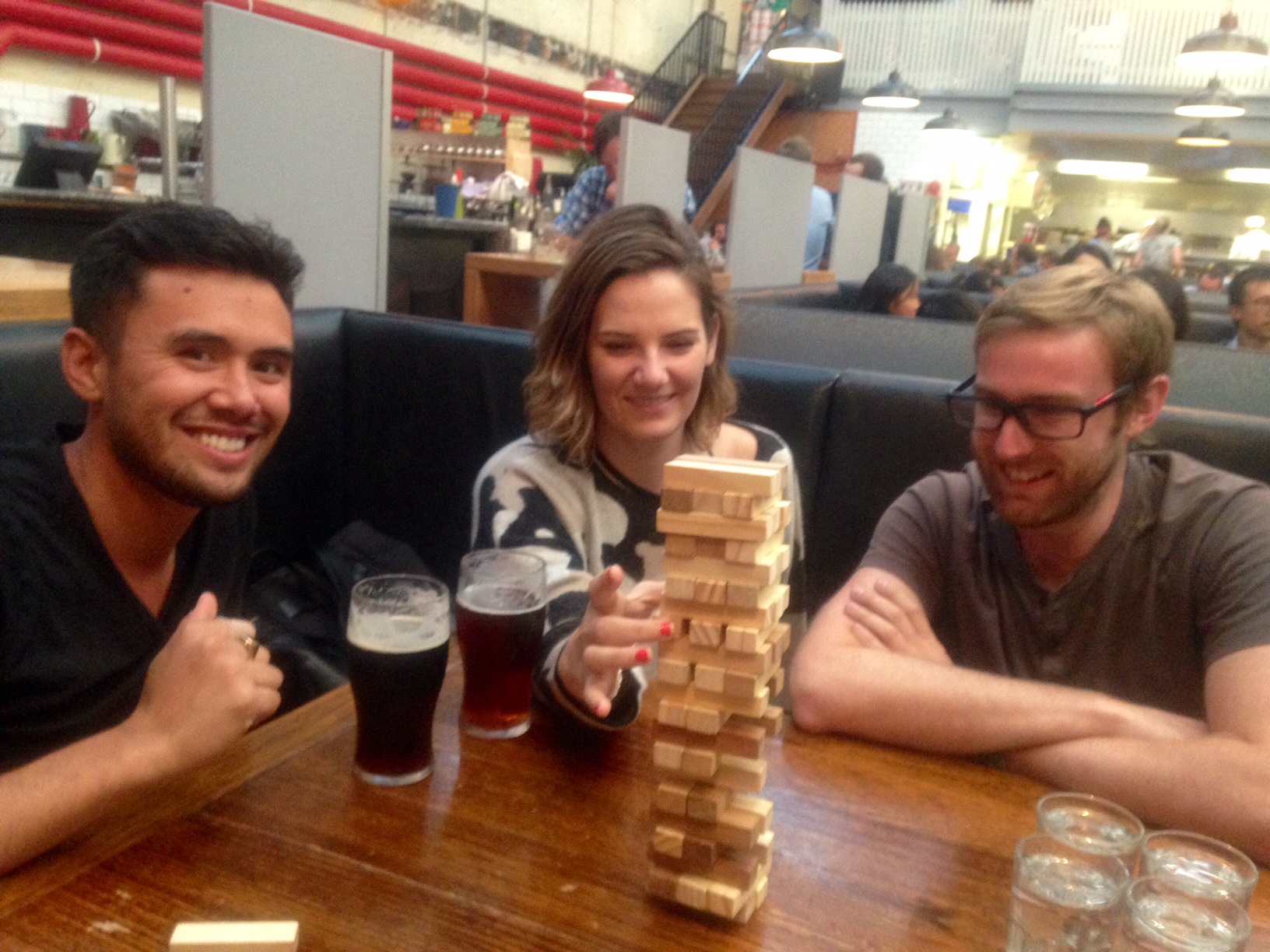 We stayed with Lisa, Matt and their dog Jax and sampled lots of Melbourne’s most famous food, including incredibly authentic pizza (complete with a server with an Italian accent), amazing breakky, and of course flat whites.  Which Starbucks will now be producing.  We also celebrated their 6 month wedding anniversary… congrats again guys!

Australians were largely flabbergasted by our decision to spend New Years Eve in Canberra.  But they haven’t met Mark.  He dropped us off at Australia’s art galleries while he headed back to the hospital for the rest of the day. Then we cooked a delicious dinner and rang the new year in with some doctors. 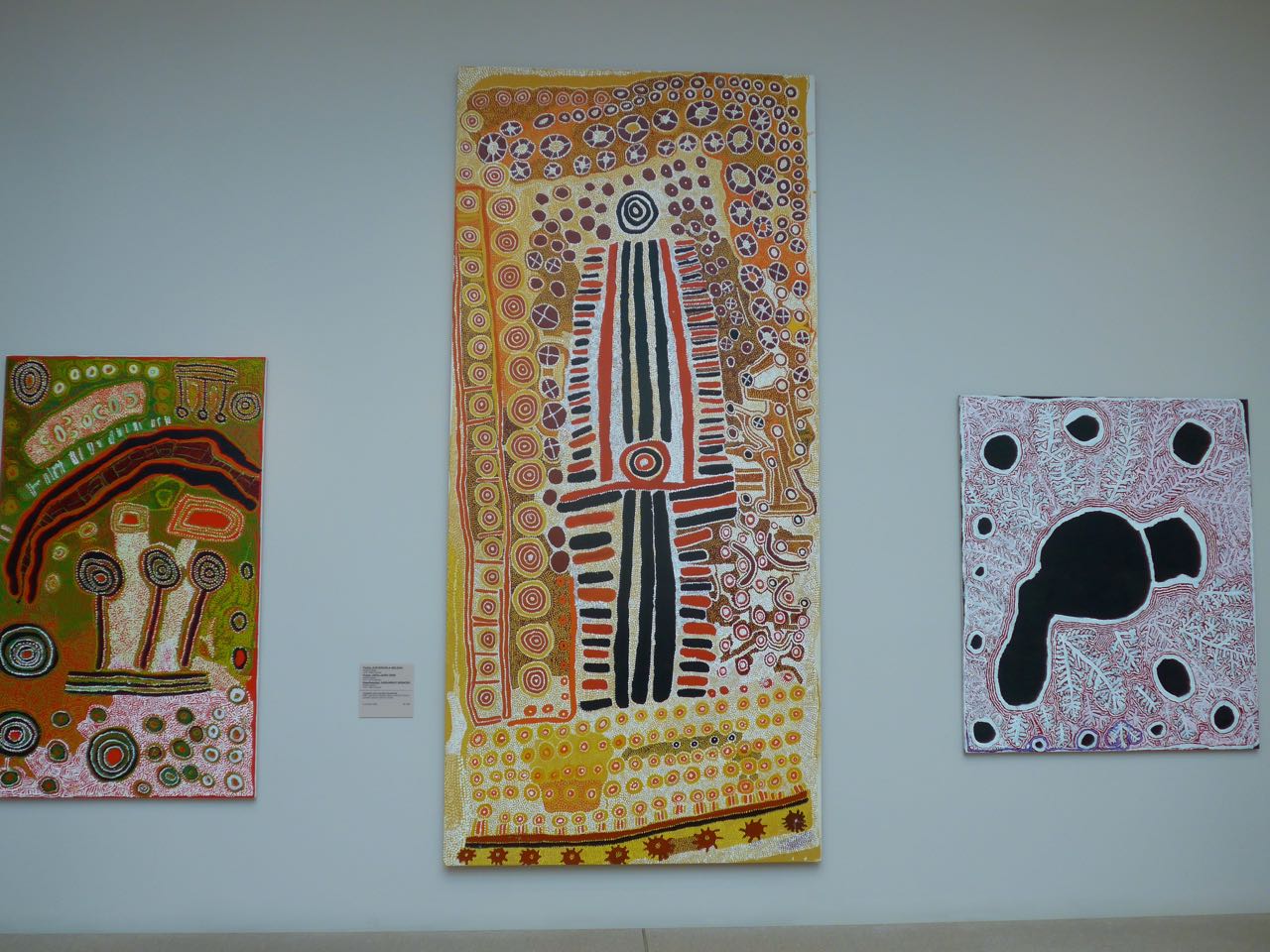 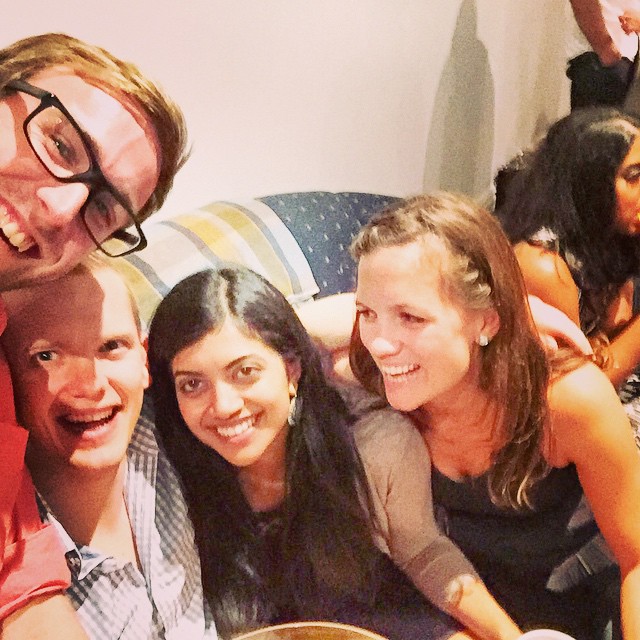 There can’t bean better way to spend New years Day then seeing KANGAROOS in the wild. As a former triple jumper it was even more exciting.  Spotting the first one elicited quite a squeal. 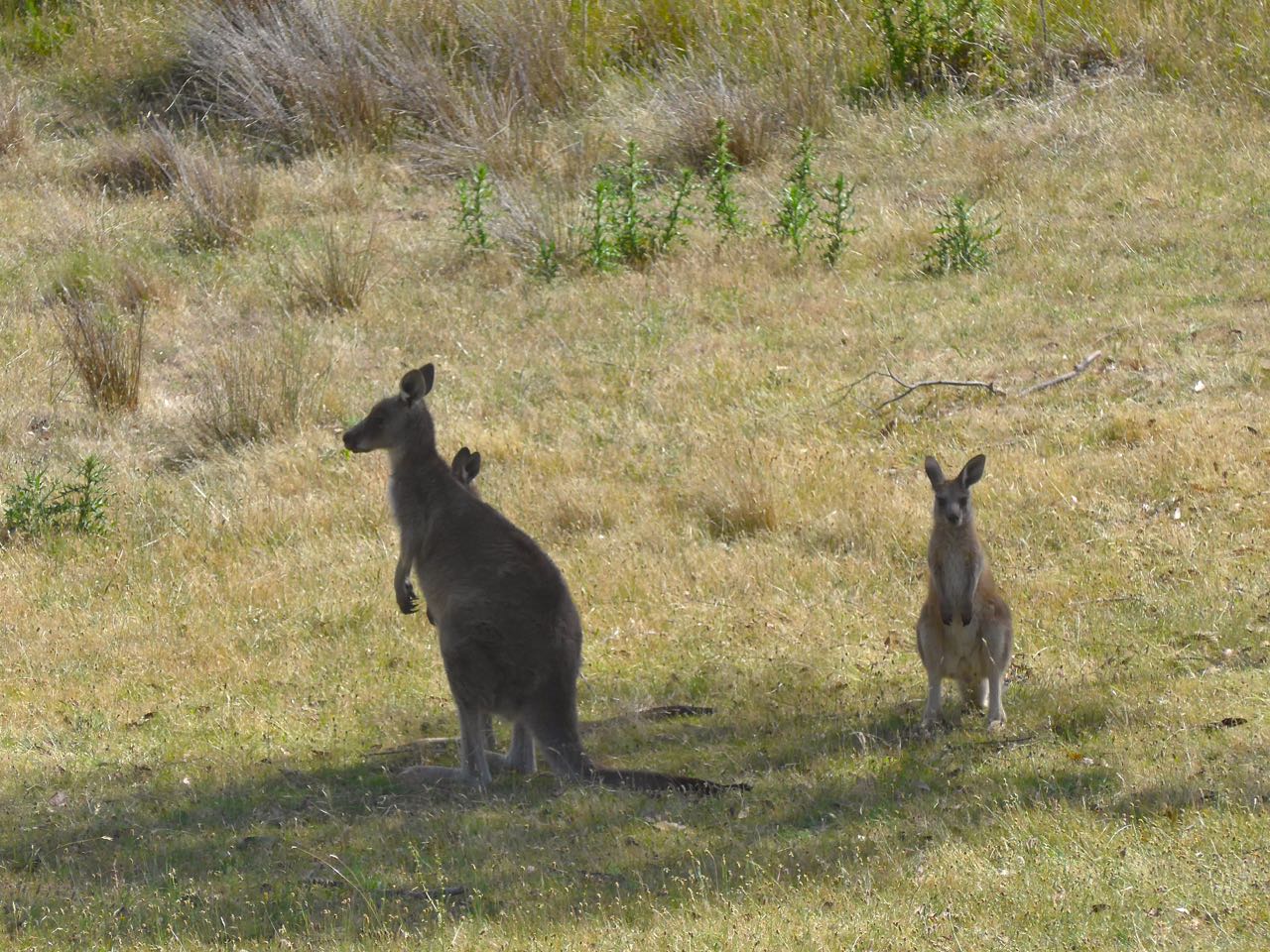 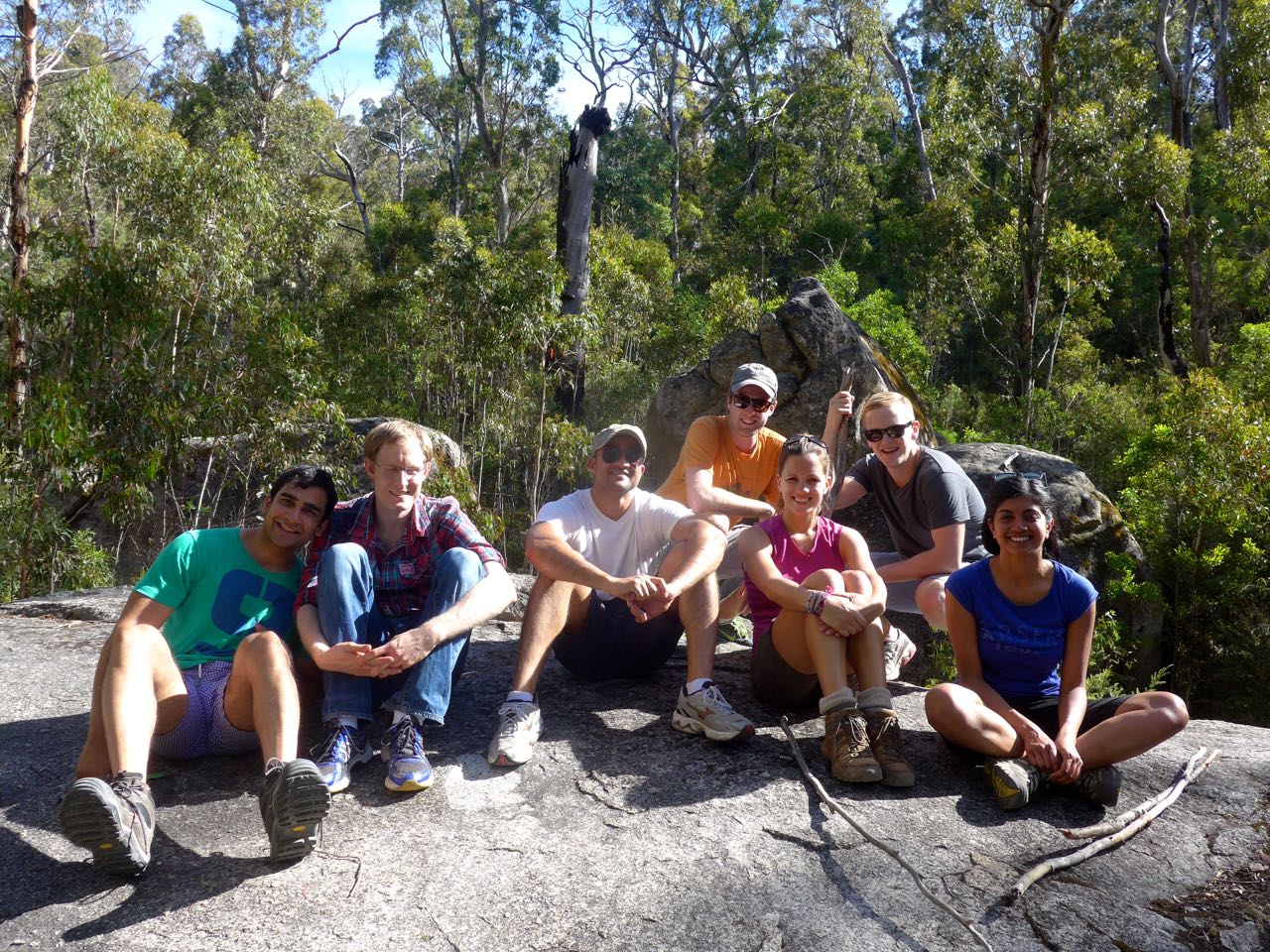 Mark joined us for two nights in the Blue Mountains, just outside Sydney.  We did a beautiful hike, then said goodbye as we moved into the city. 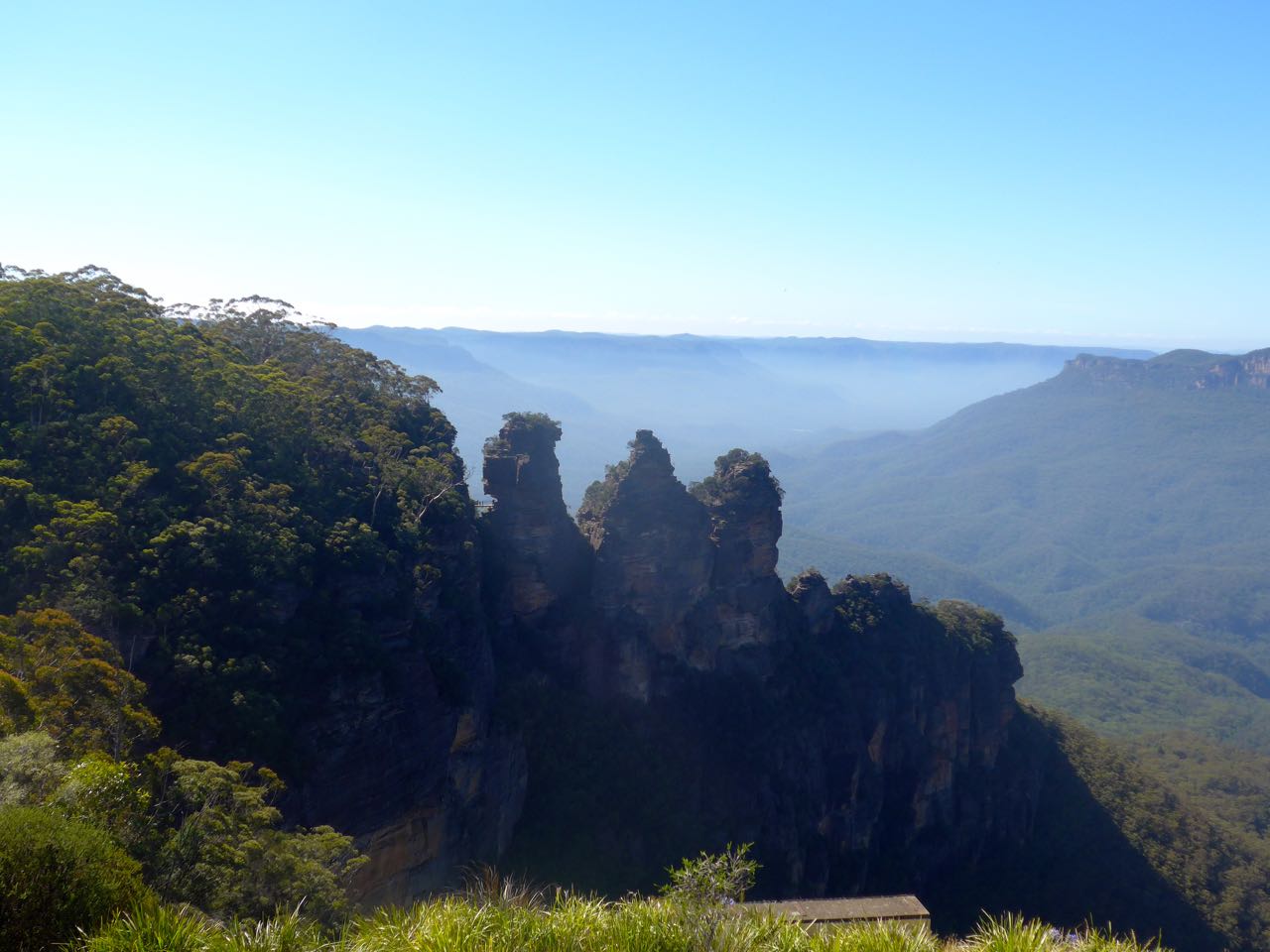 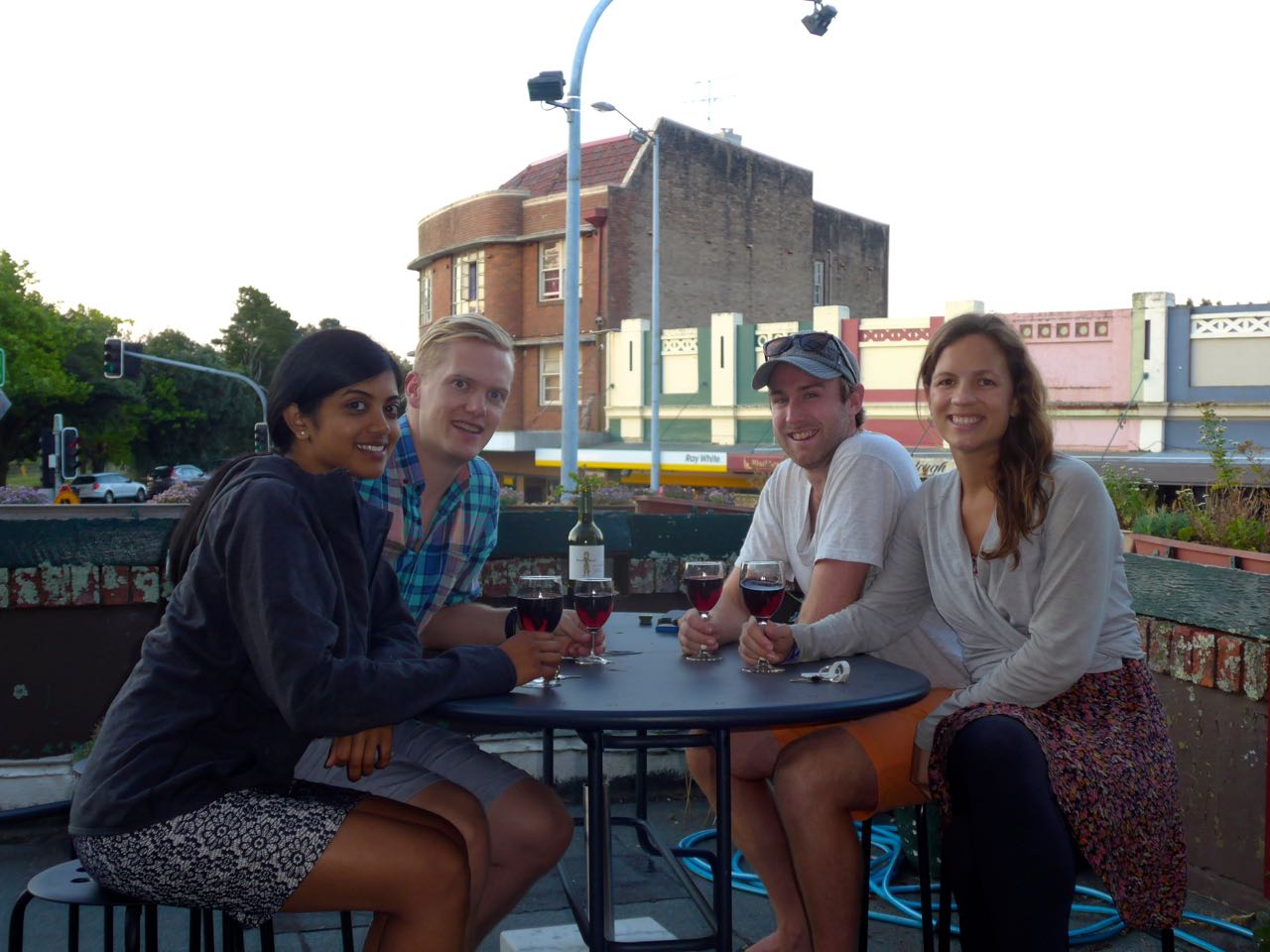 Sydney is great, with not-too-hot weather and hospitality.  Chris’ surrogate Australian family let us stay in his room while he was biking through Thailand and Dee gave us lots of great local tips.  We also got a chance to catch up with friends Kat and James who is studying at med school, and the cat that had adopted them too in the left corner. Their small and welcoming place was in a really cool and funky part of the city called New Town.  James cooked up a delicious curry before we all went for an evening walk through their area. 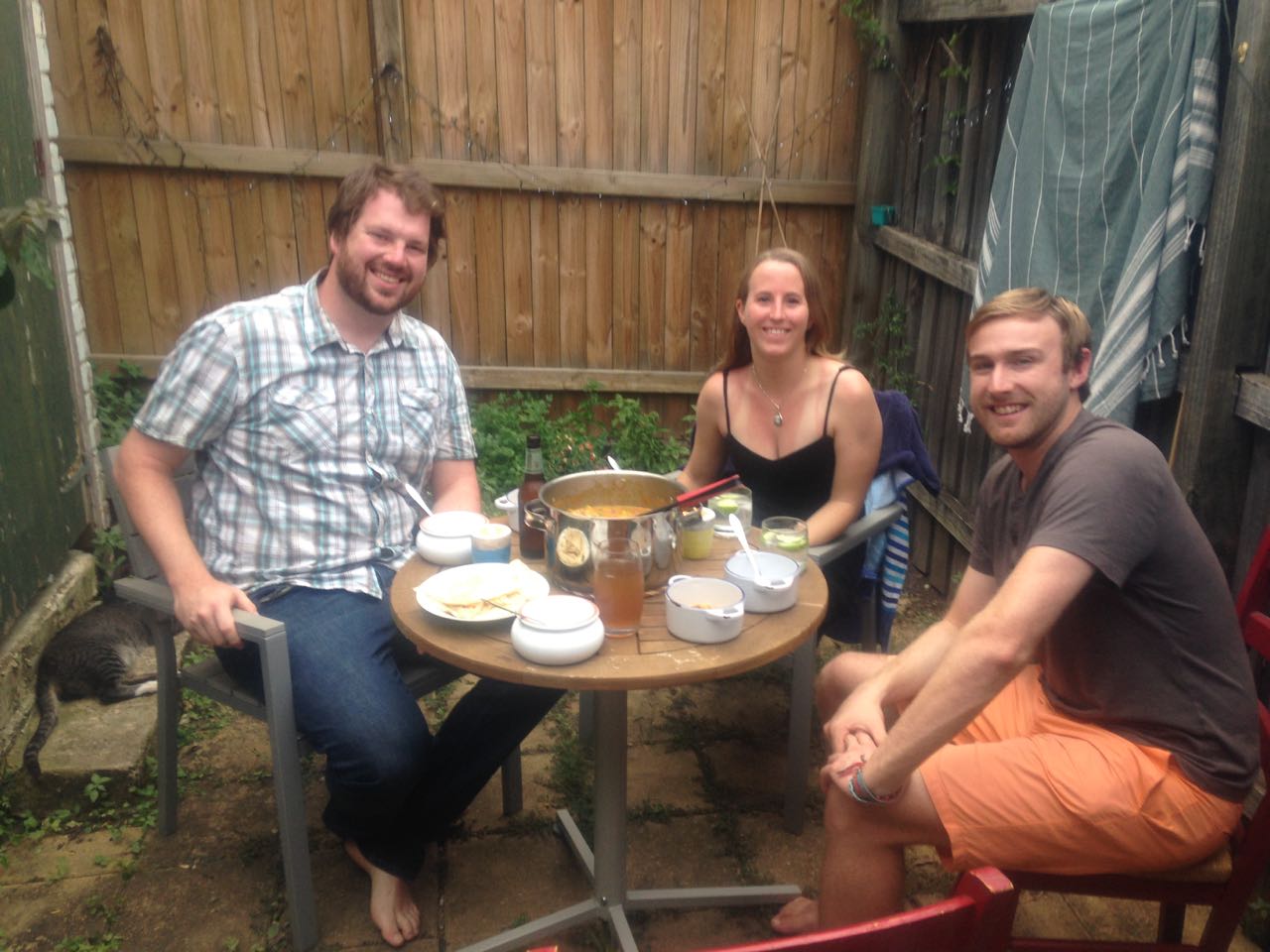 We love the “free” (aka tip based) walking tours all over the world and decided to do one in Sydney to get a better understanding of the city, and Australia’s history.  We learned lots of fun facts, including the fact the first guy to commit a crime in Sydney was given the choice of being hung or becoming the man who hangs… he chose the latter.  Sydney is also going through an interesting transition selling off low income houses in the city center, which was inspiring lots of public debate. 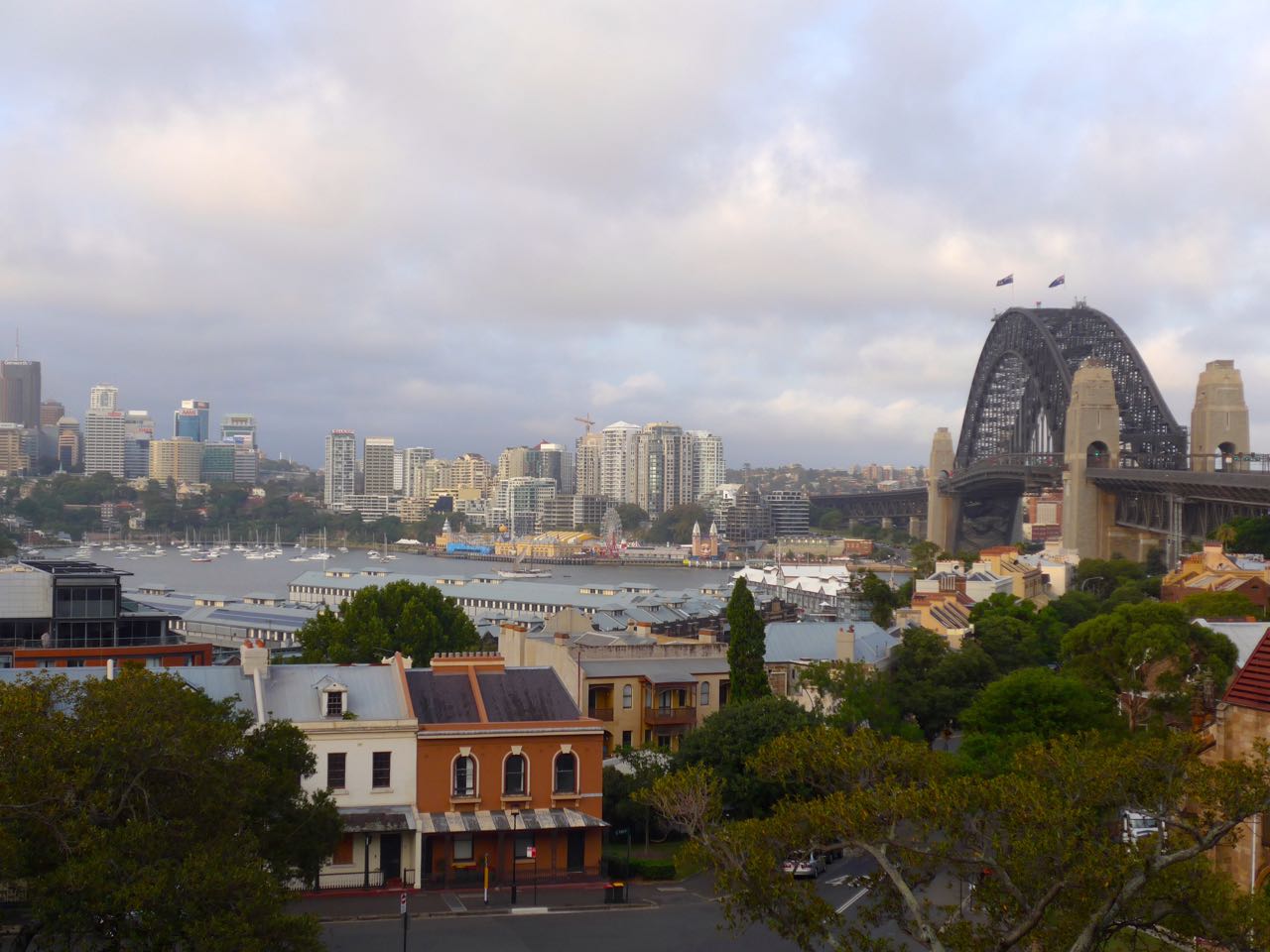 We went to Bondi Beach and made lunch on one of their public barbies, and walked the coast to Manly Beach, with a deliciously cold Australian white wine. 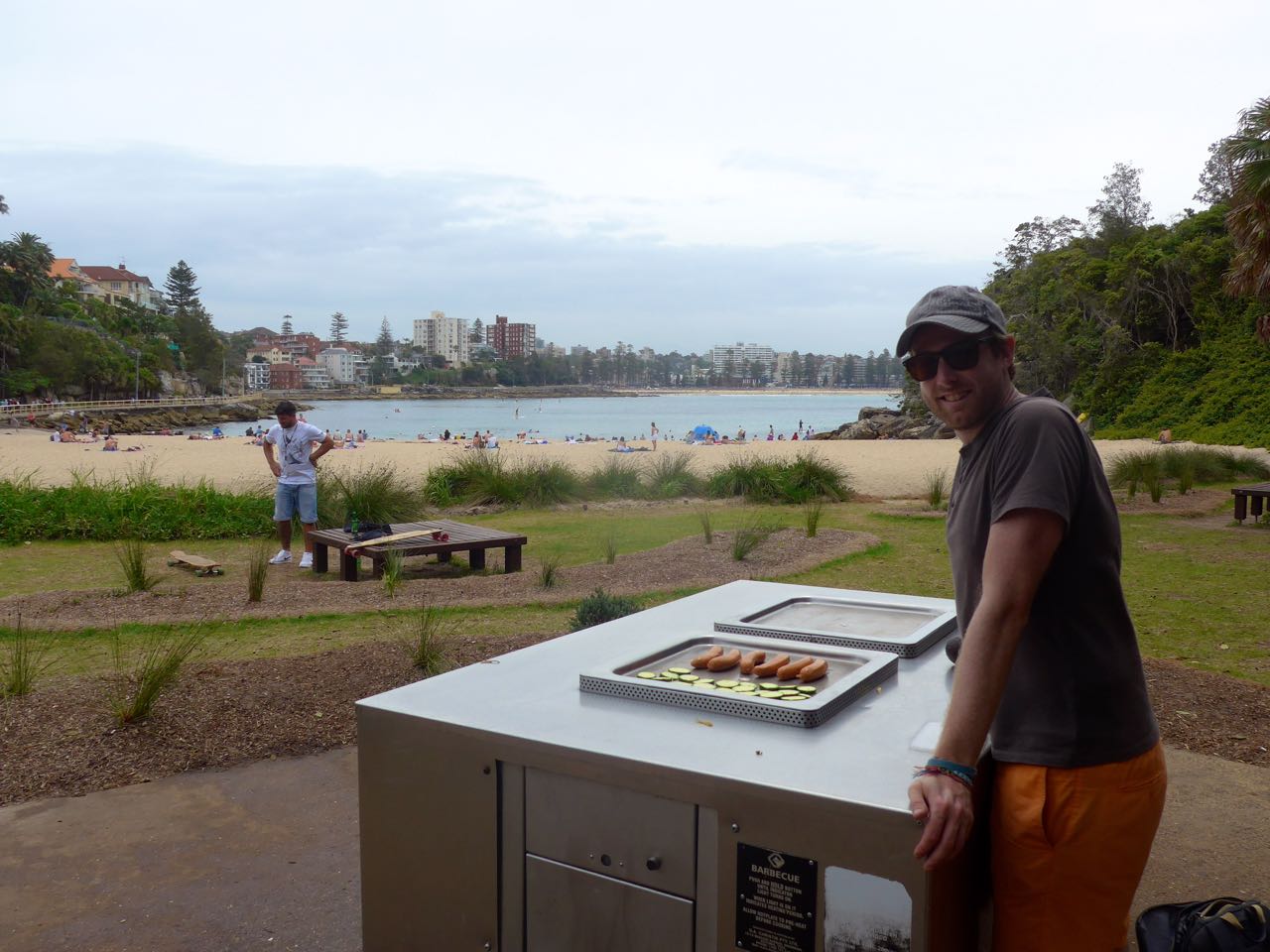 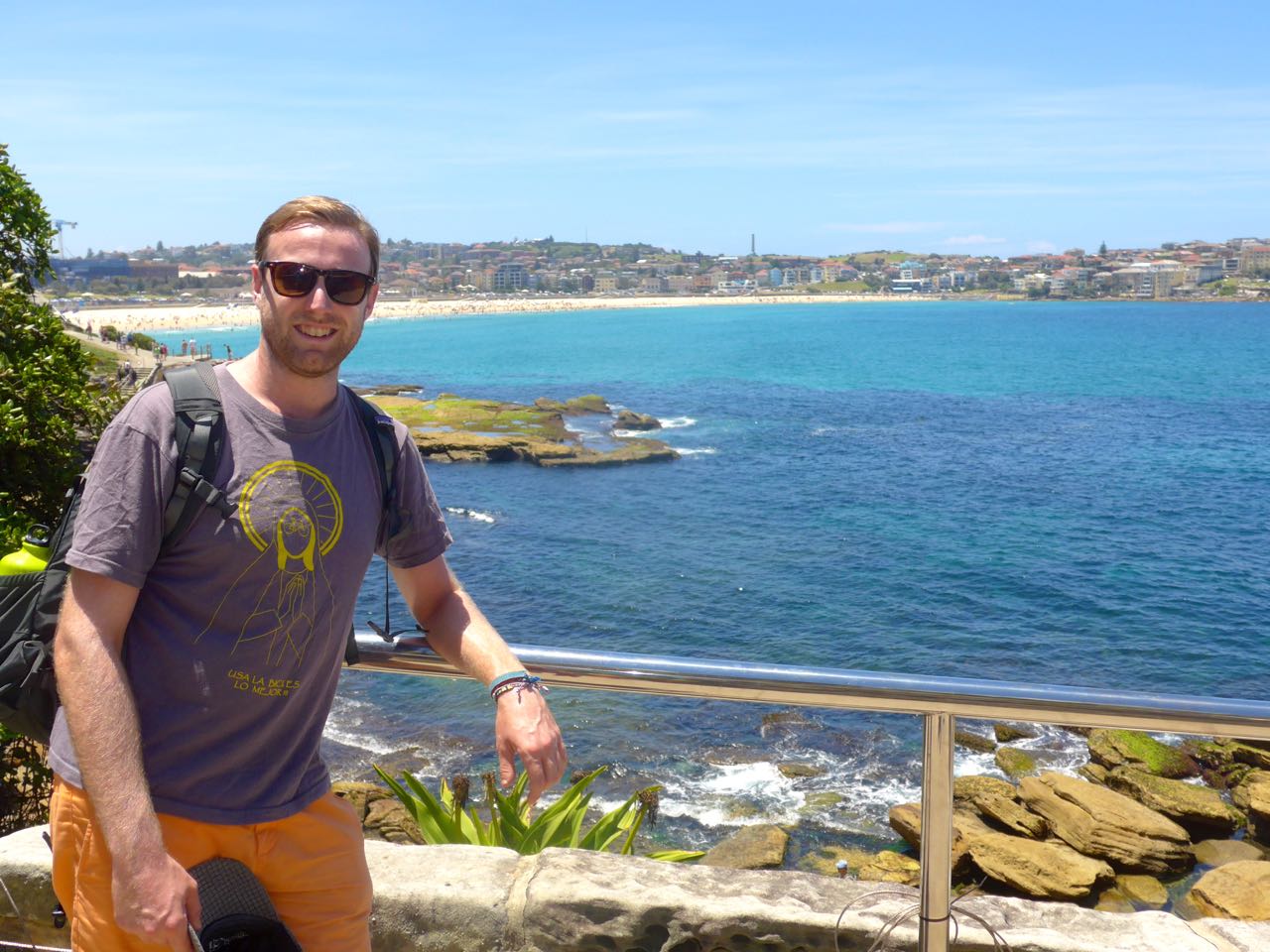 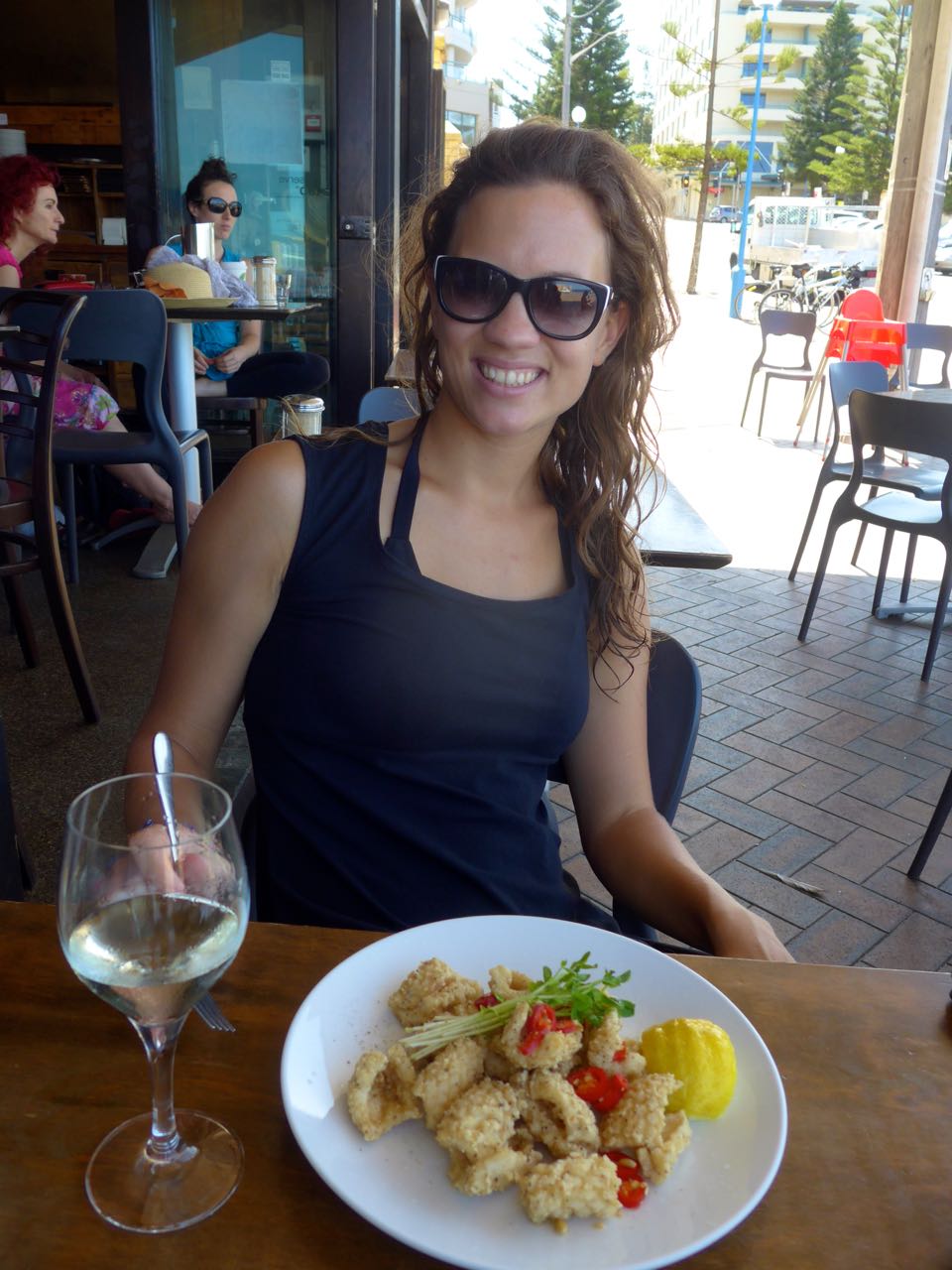 And as we’ve said many times before… we found it’s a small world with a mini Vancouver reunion in Sydney. So nice to see Leslie for the second time! 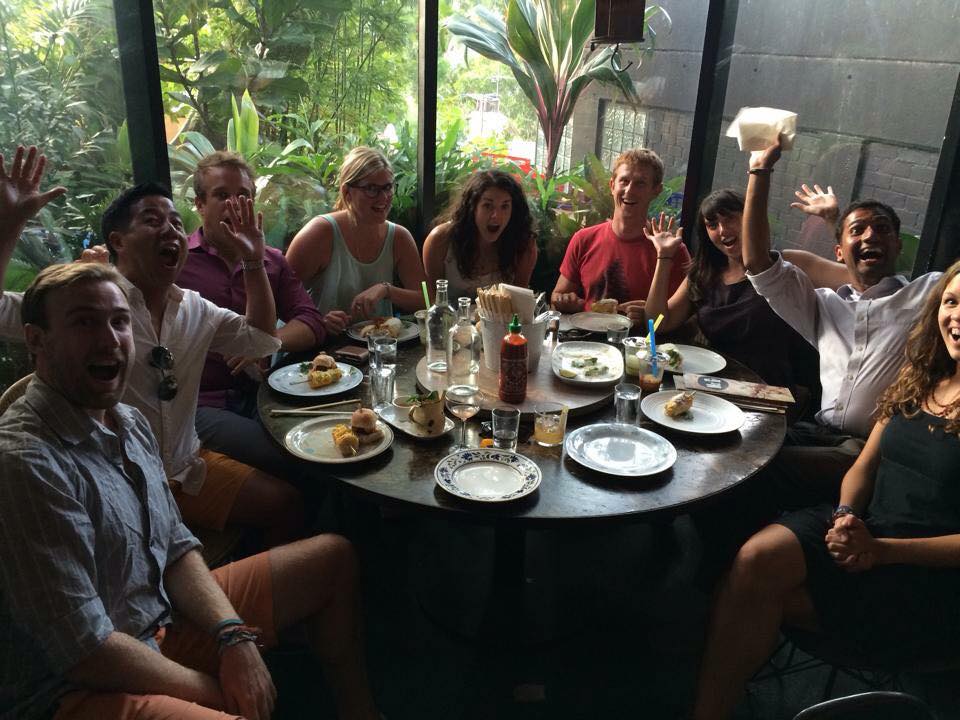 And with that we were off to Brisbane, where my dreams of cuddling a koala bear came true. 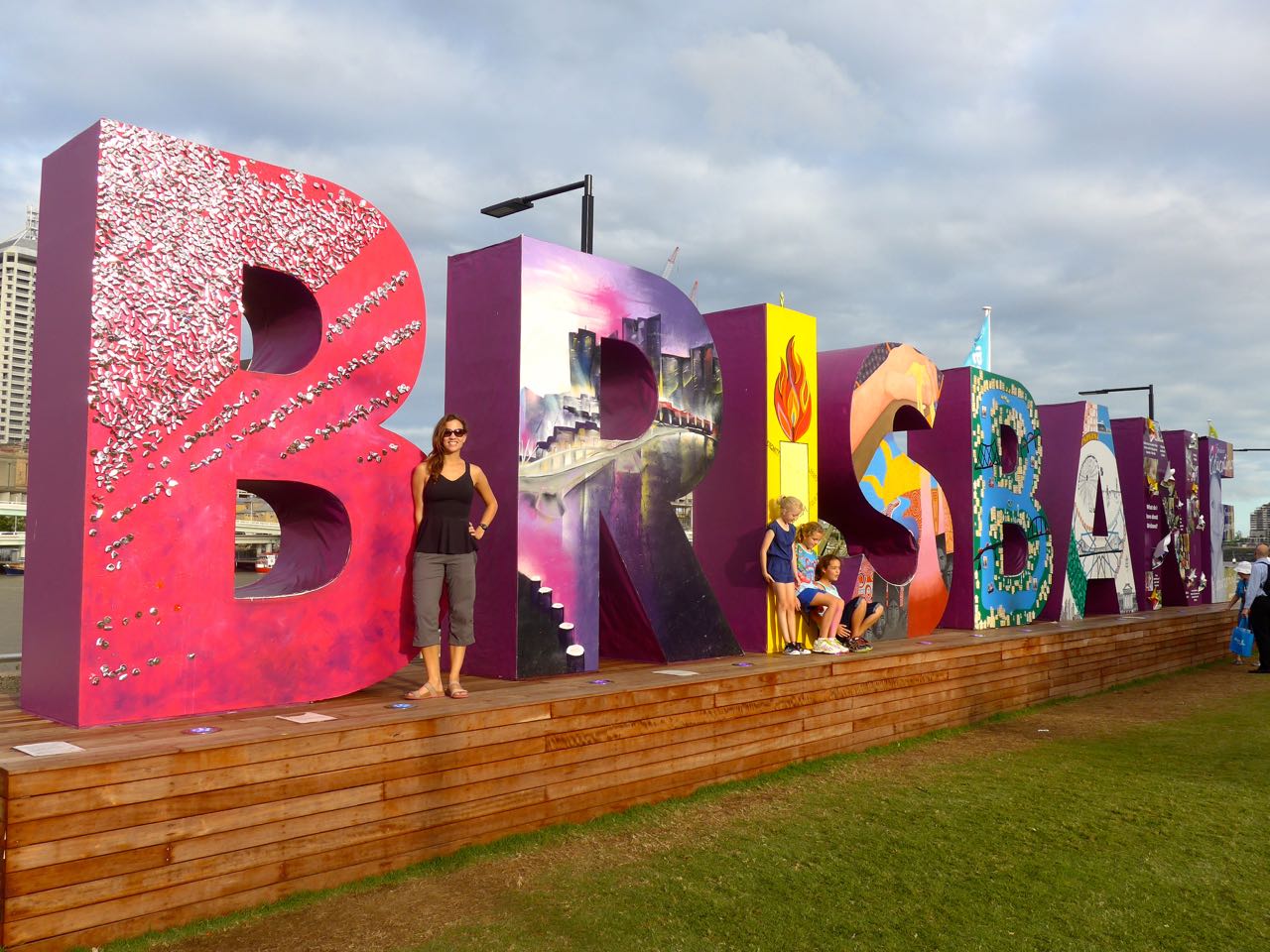 And if this picture doesn’t put a smile on your face, nothing will. 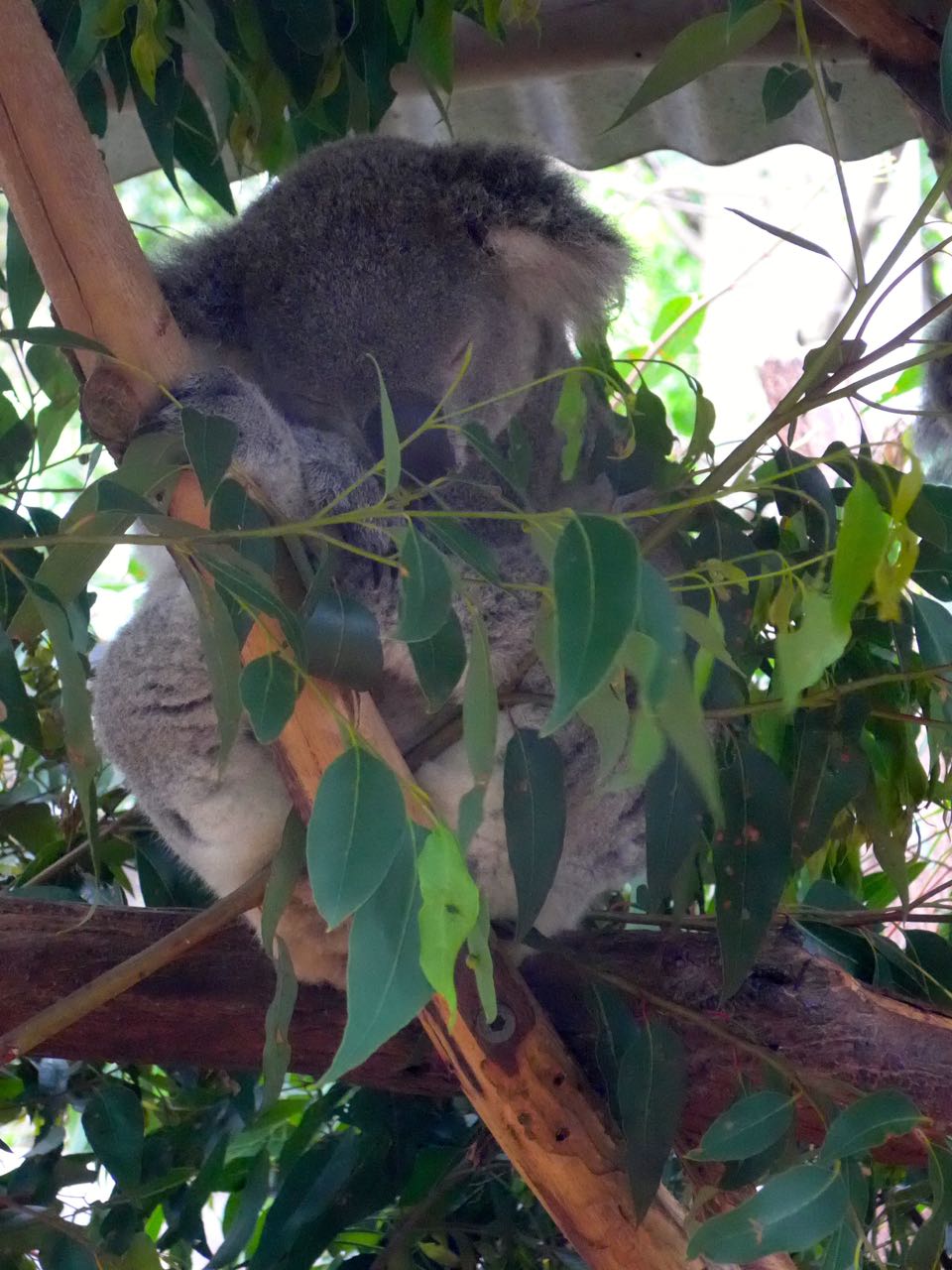 And on that note, off we go to New Zealand. Thanks again to everyone who put us up and put up with us.