We’ve been a lot of amazing places this year, and regularly say things like “wasn’t it funny when…” or “remember how delicious that was…” or “can you believe we saw…”.  There’s no where we have been that we didn’t love, and no experience we would take back.  Except maybe food poisoning?  But eventually it is necessary to acknowledge that everything good comes to an end.

We were in Malaysia and had plans to spend a few weeks there before meeting Sean’s family in Thailand for Christmas.  But it was there we realized that we had to head back to Vancouver earlier than planned (see you January 24 Vancouver!).  With just a few weeks in Southeast Asia what we really wanted to do was see Indonesia.  We couldn’t be there for the full month like we originally planned, but a little is better than nothing. So we bought tickets for the next day, and hopped on a plane!

Bali was beautiful, but Kuta, where we spent two nights at the Sheraton, was not. Luckily having a nice hotel means you don’t have to venture outside much – pool by day, with lightning and thunderstorms providing the evening entertainment from our little balcony.

Ubud, however, was a charming little town filled with delicious healthy fusion restaurants and charming Balinese-style houses.  It would be a very comfortable place to live, but you would need to invest in a couple of zen-style tattoos, replace skinny jeans with baggy pants covered in elephants, and rethink deodorant.

To get in the spirit, we went to a Balinese Kecak Fire dance performance, which was actually pretty cool. Here’s a 15 second highlight video so you can see it too: 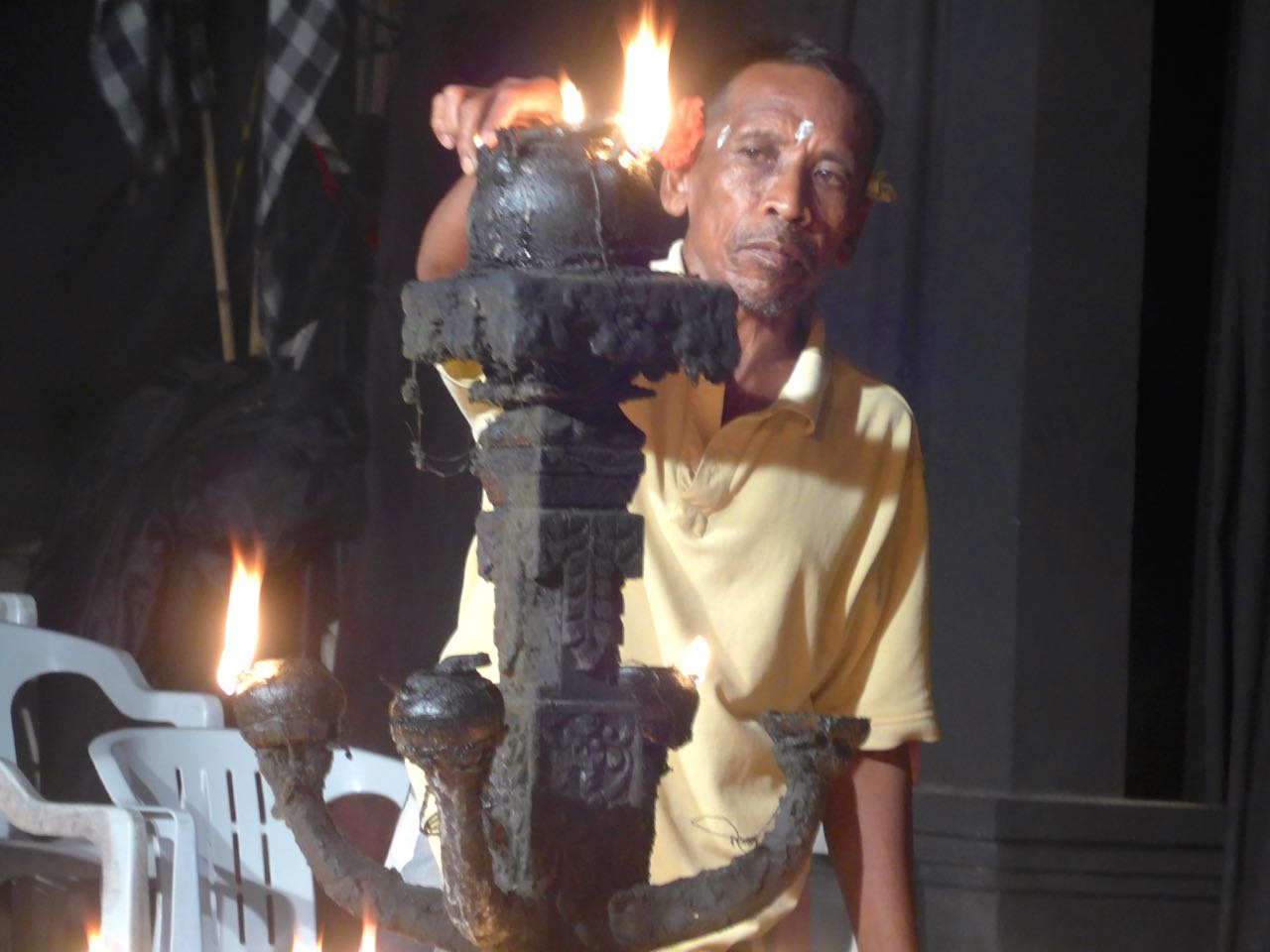 At the end of the performance, they lit a huge bag of coconut husks on fire for someone to kick and dance on. We left covered with a thin layer of ash, but at least our feet weren’t black like his. 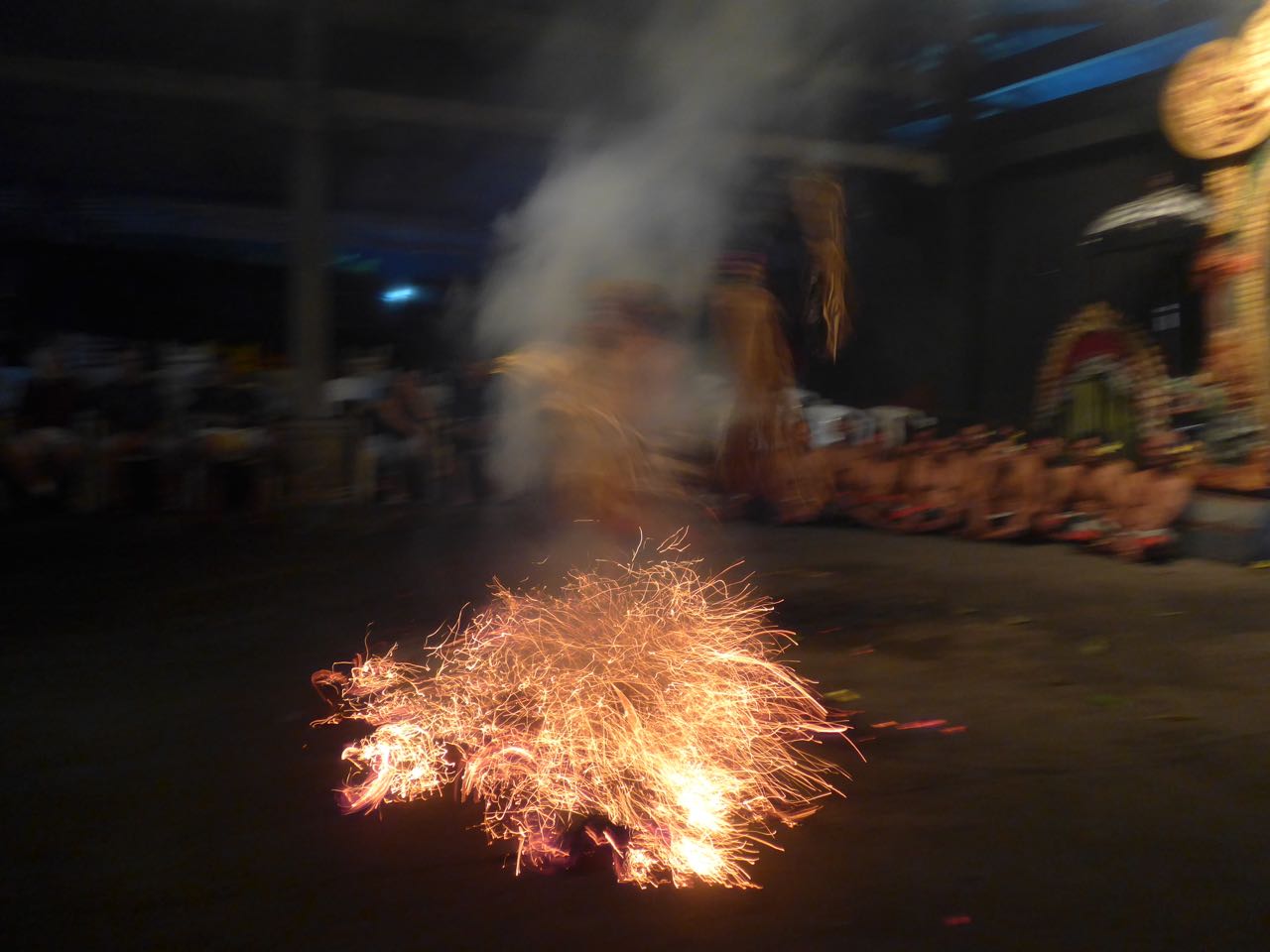 Sean took on the planning for our time in Ubud.  Our first day we jumped on bicycles (you would think we would be tired of them by now) and checked out the famous rice paddies. 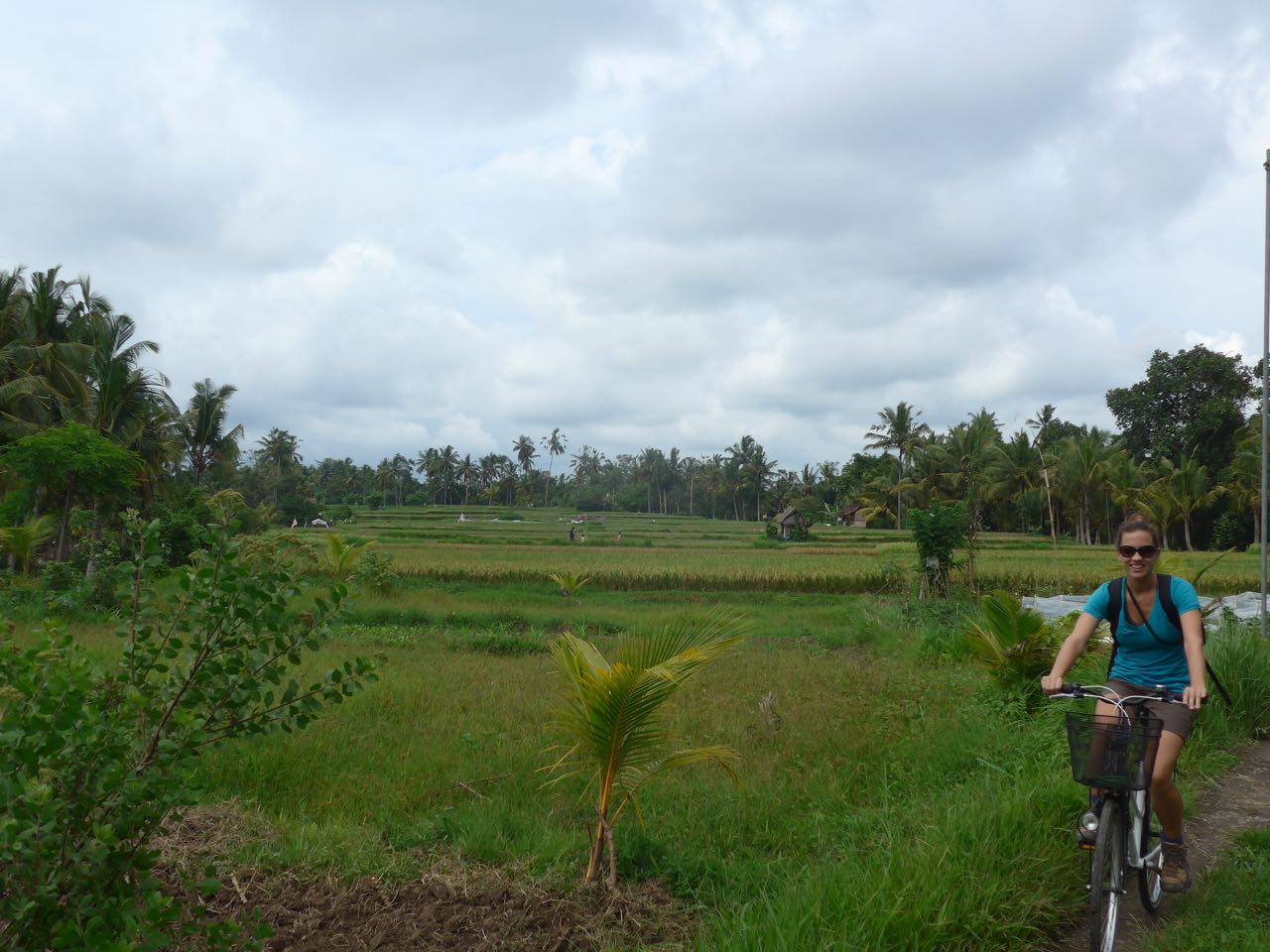 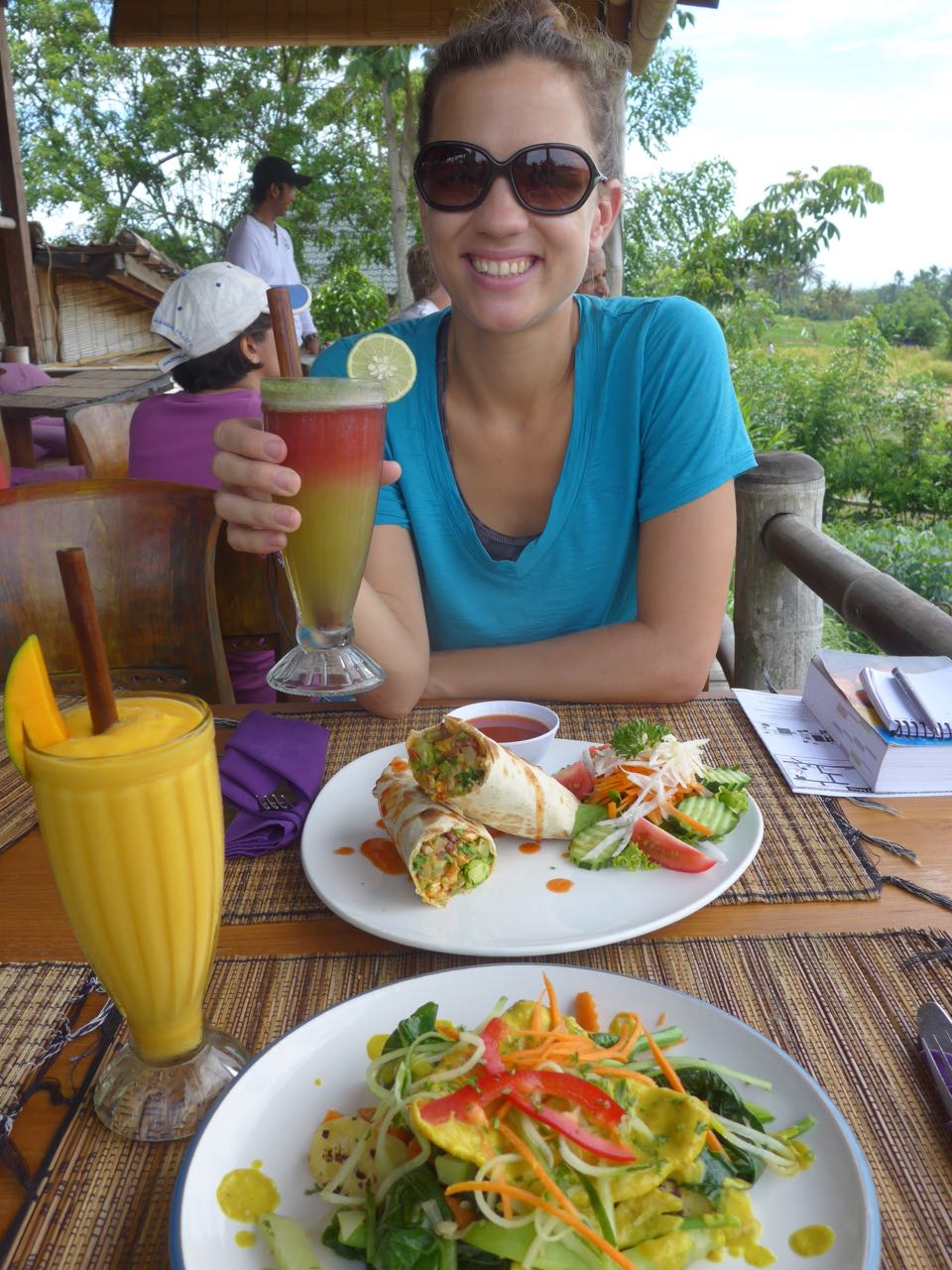 Navigating Ubud’s back streets, we wound our way to some ancient carvings. The number of temples is truly unbelievable – at least four per block. 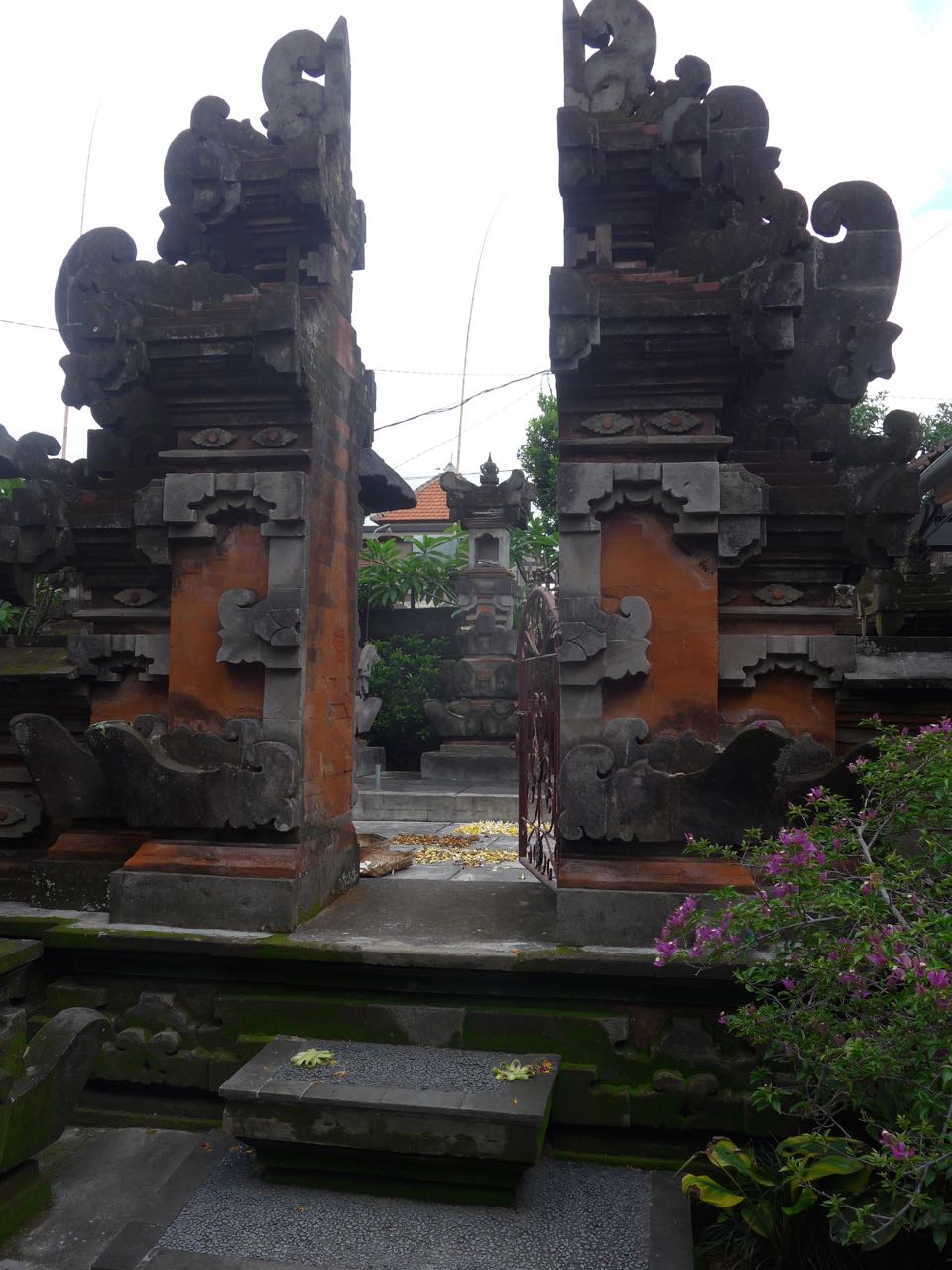 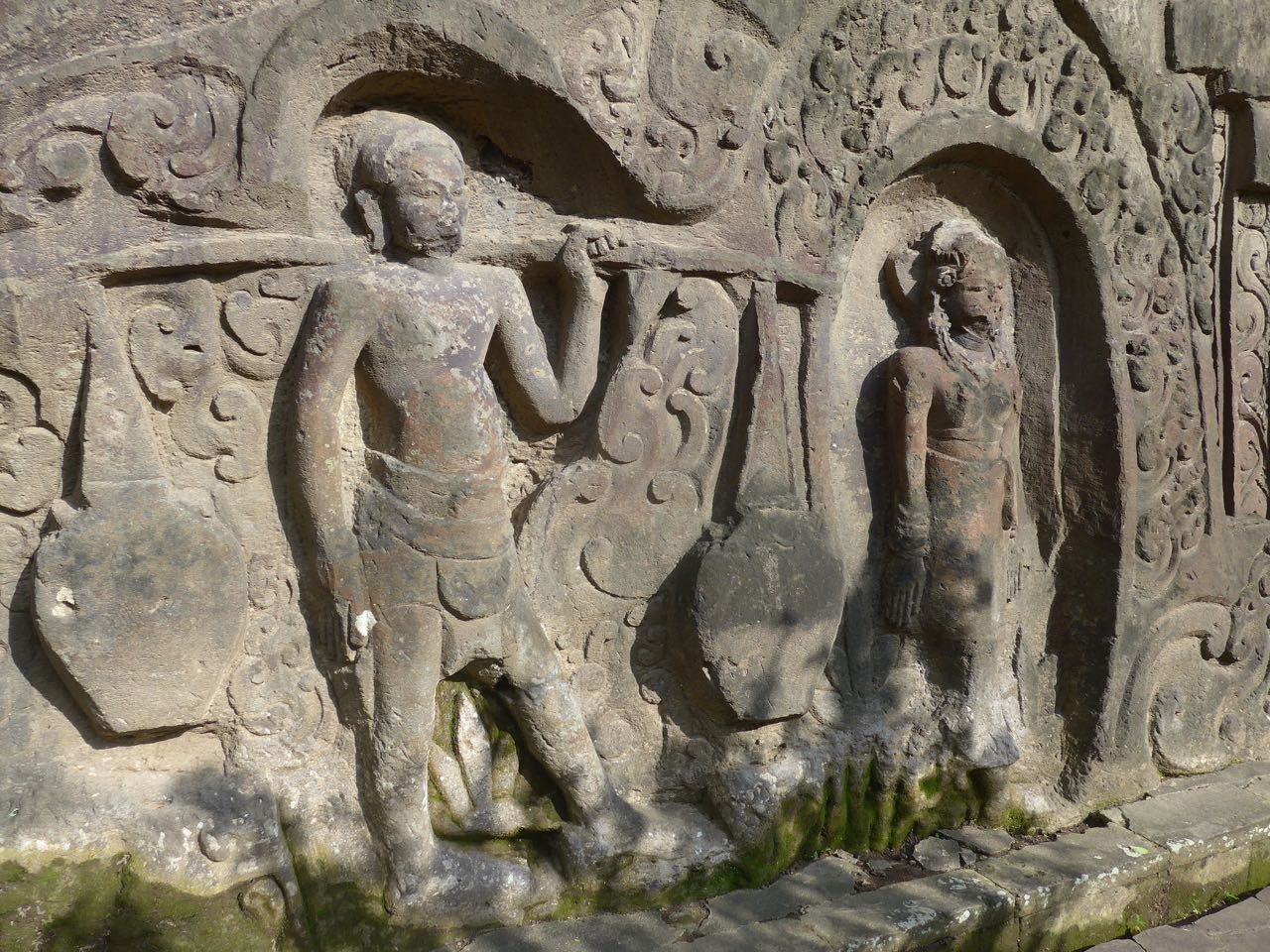 We came across the preparations for one of Bali’s famous funeral processions – the scale of it was difficult to imagine, considering the following day it would go up in flames.  We always managed to get back to our lovely garden oasis to watch the rain fall from our patio just in time.  It is the rainy season, but for the most part it doesn’t reduce the enjoyment of Bali. 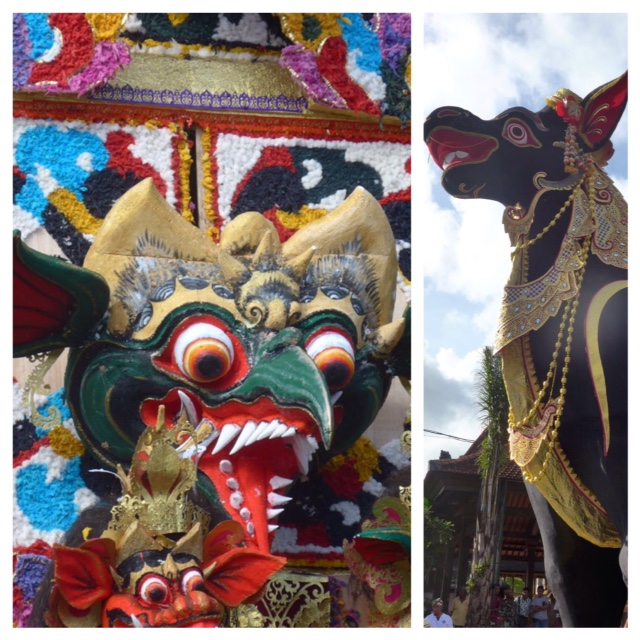 While this was all scenic and interesting, my highlight was Sean surprising me at the John Hardy jewelry design centre.  All I can say is that I’m spoiled rotten. 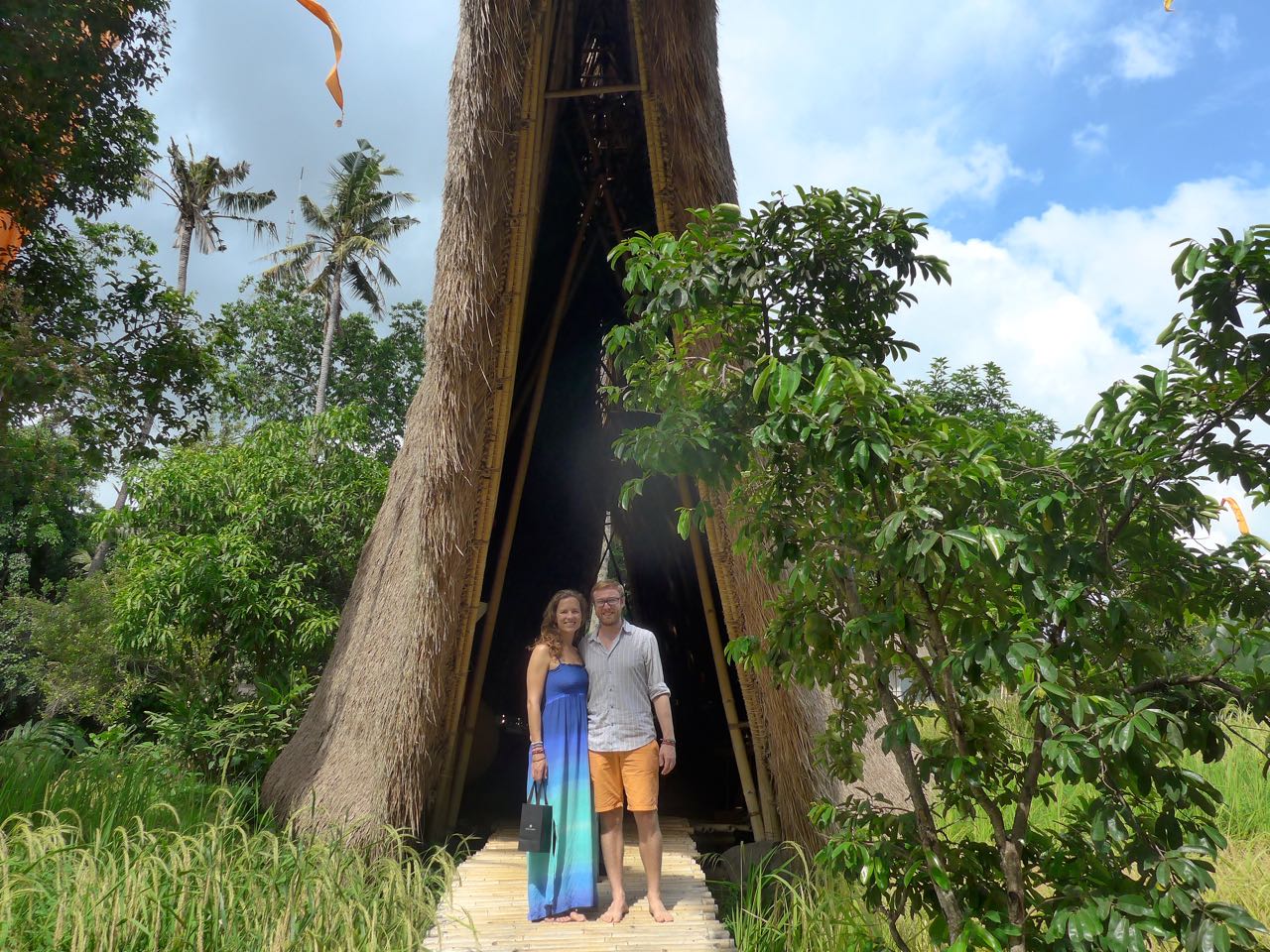 Dancing, funerals, temples, carvings, and art – Ubud was packed with memorable and unique memories, so the tiny Gili Air island off the coast of Lombok was a relaxing change of pace. 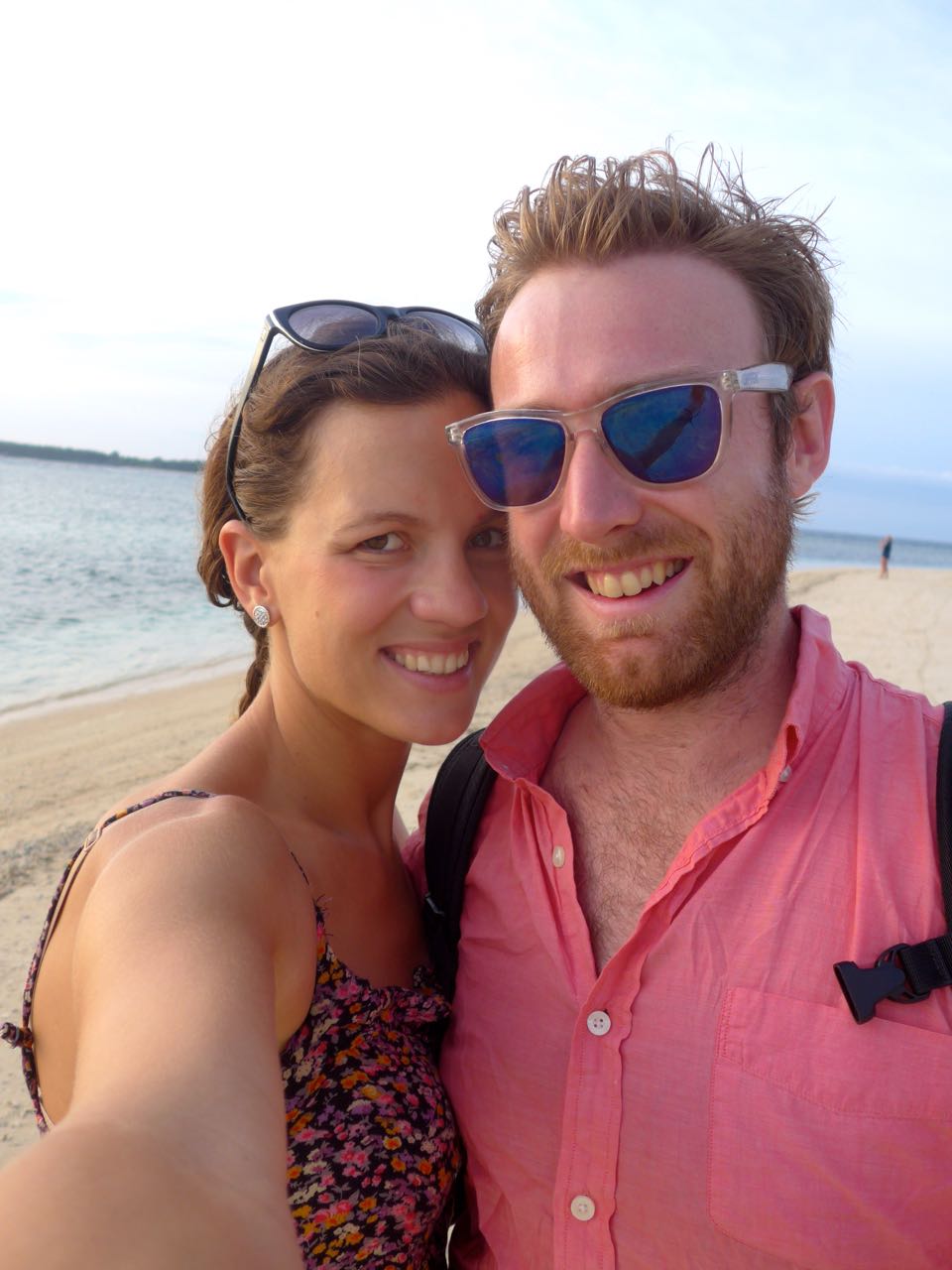 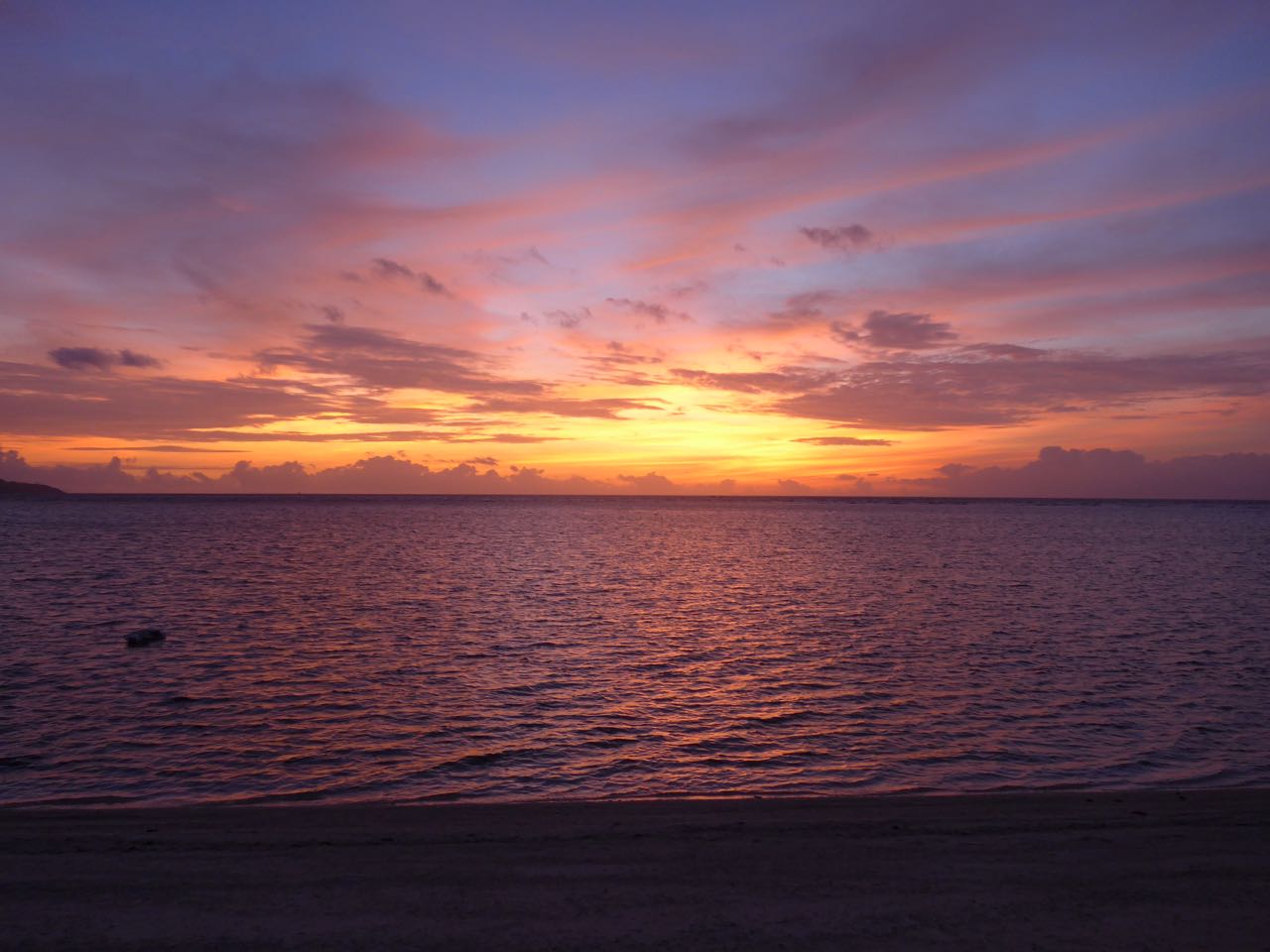 This cute little island had great snorkelling and an Italian restaurant that brought us right back to the streets of Rome. 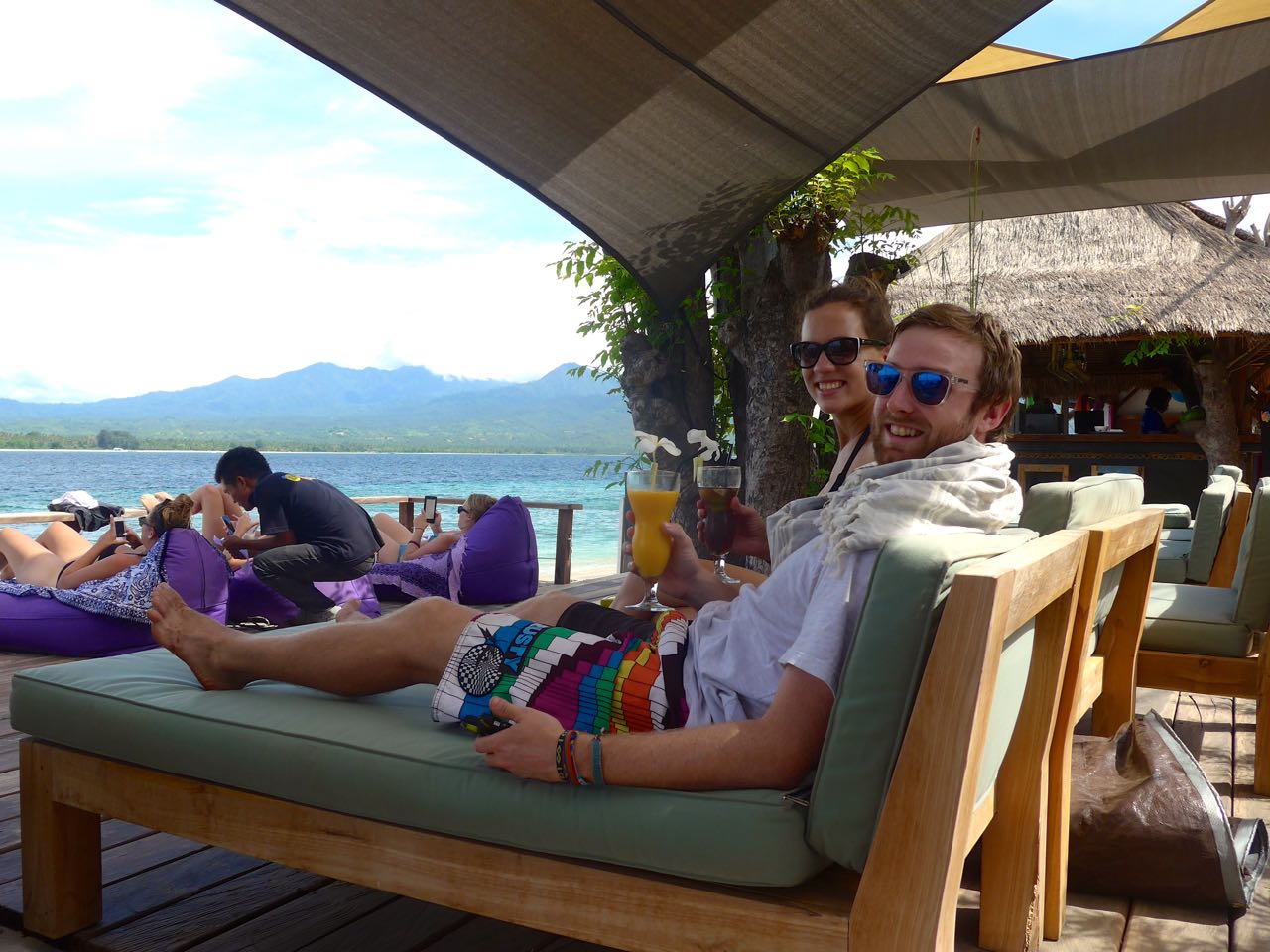 It is tough to leave tropical paradise, but we were leaving for the lovely Sheraton resort on Lombok, where we entertained ourselves at the pool all day.

We look forward to going back to Indonesia in the dry season to do some more underwater exploration and see more of the islands.

One thought on “Indonesia (with video!)”