Having a week left unplanned in Turkey, we scanned the map for where might be warmer than Cappadocia and found cheap flights to North Cyprus.  Not only was it warmer, but we can add a “country” to our list, and a stamp to our passports.  Not that passport stamps are important to us

We rented a little car named Belinda who took us around the north of the island.  But not the South – explicitly not allowed. 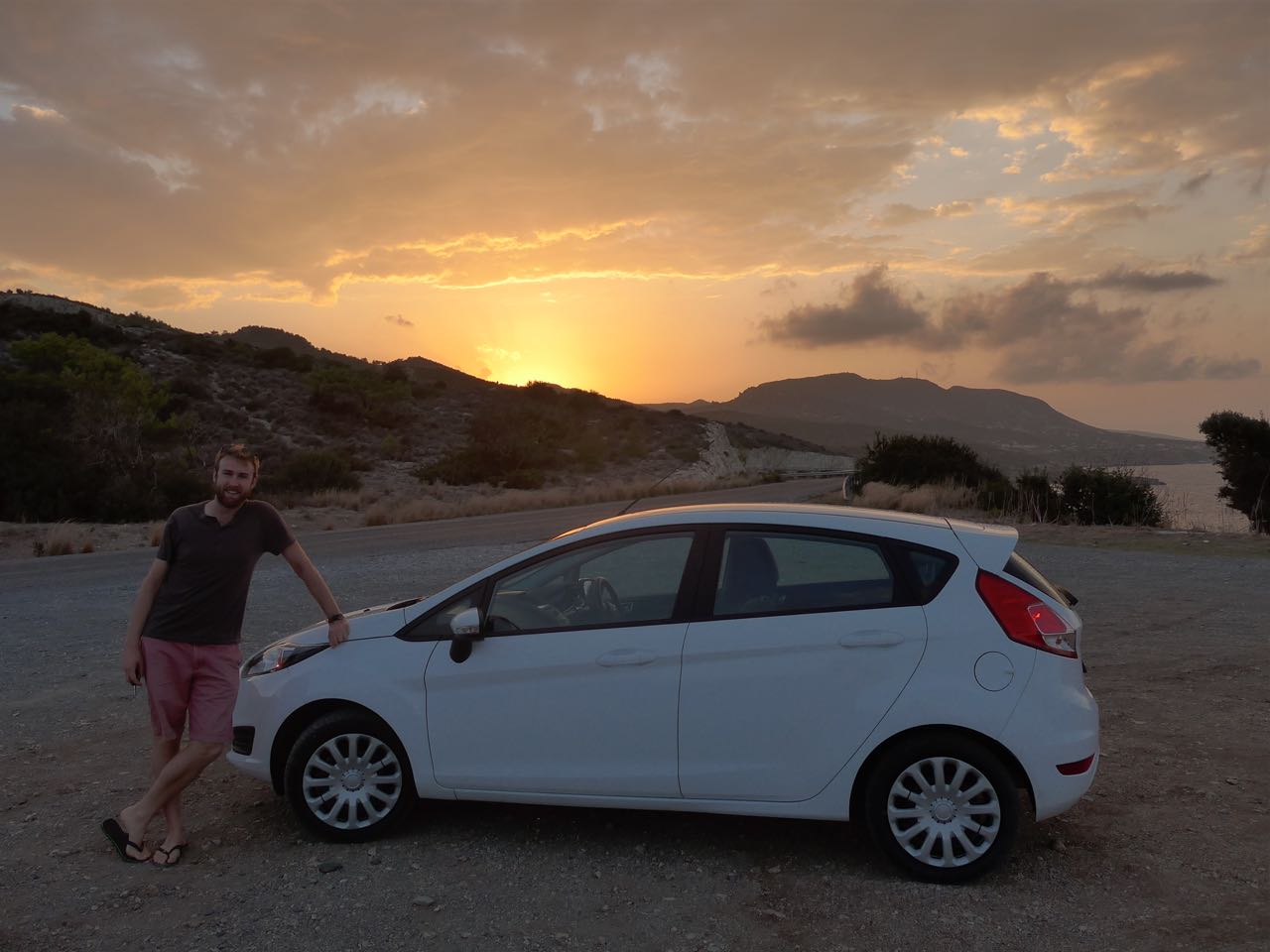 Cyprus has the only divided capital in the world, and the two parts are only a few blocks apart, but seemingly miles apart in terms of development.  South Cyprus (Greece) has everything you’d expect in a Western capital – McDonalds, Starbucks, a buzzing cafe culture along wide pedestrian-only and paved lanes. Walking across only became an option just over 10 years ago.  We ventured over to see a soccer game.  Apoel Nicossia, one of the teams, had played Paris St Germain earlier in the week.  We met a nice gentleman who translated the very aggressive chanting from the crowd for us. 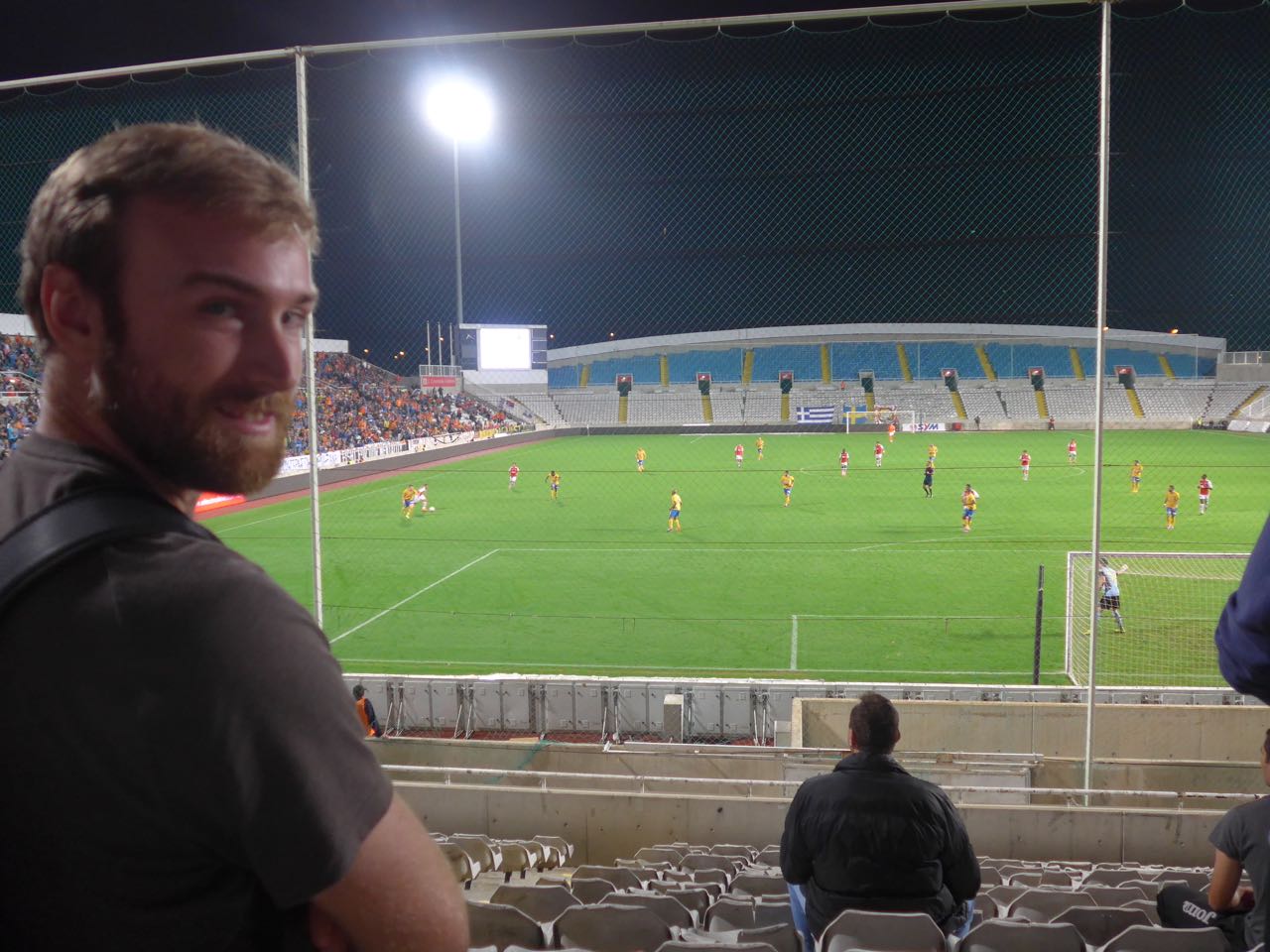 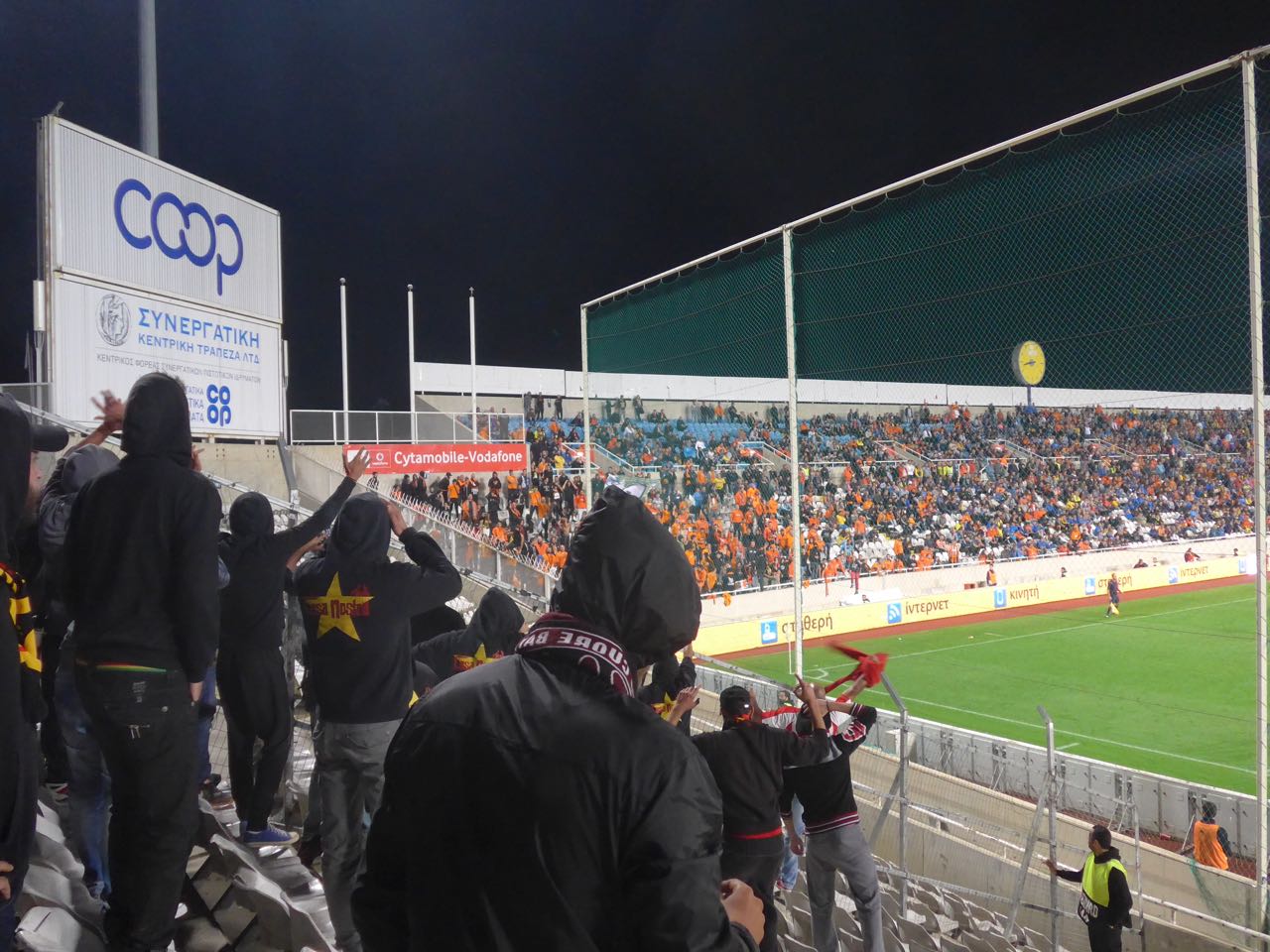 As we spent the bulk of our time in North Cyprus, that was the side of the story we got to hear most clearly.  The National Struggle Museum and memorial portrayed a country formed with equal representation in mind that didn’t happen.  The Turks predominantly in North Cyprus faced, as they describe, economic embargoes and an aggressive South Cyprus Greek population wanting control over the whole island.  Tensions flared, ending up in a war backed by the Turkish and Greek militaries in 1974.  Note this is a book of history condensed into one sentence. 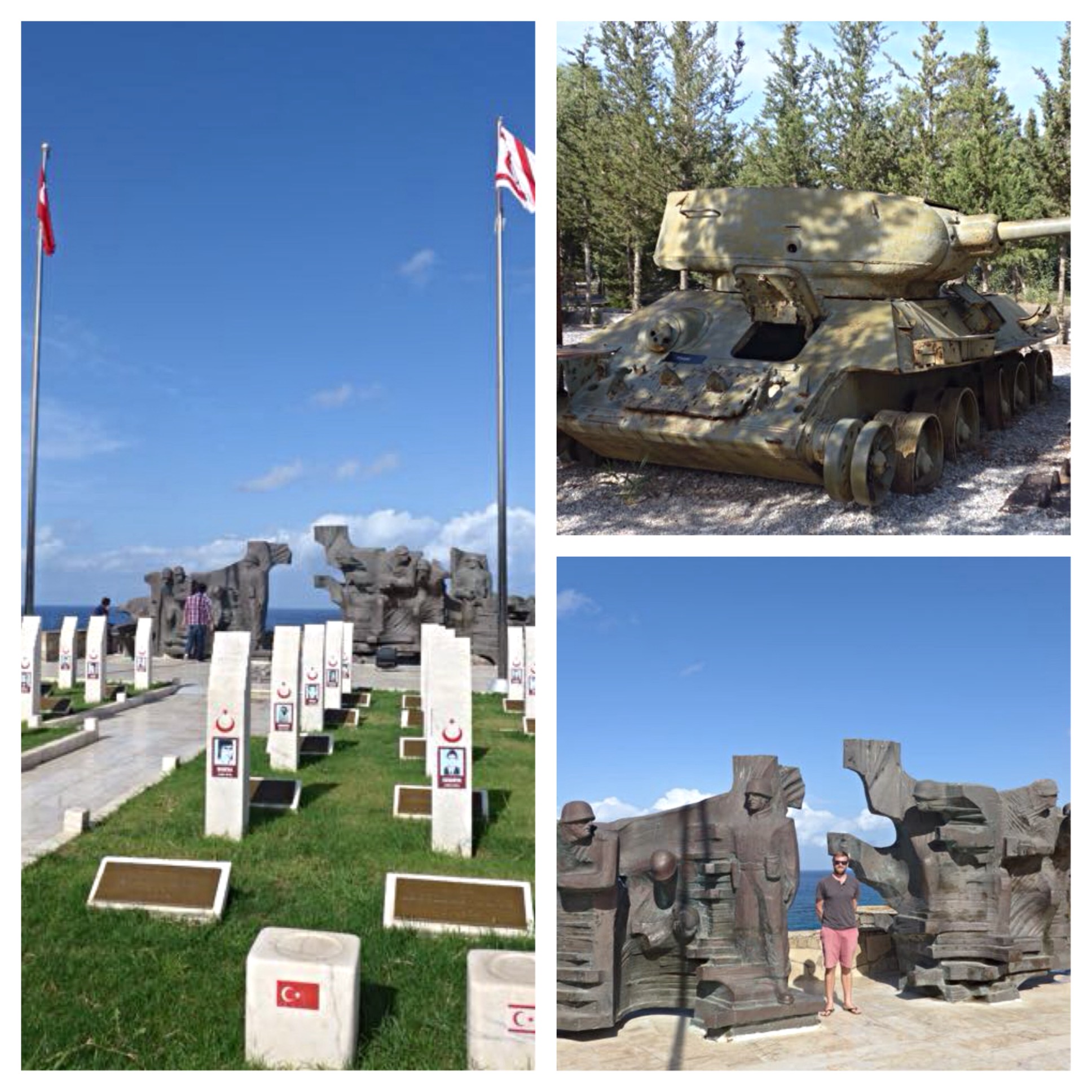 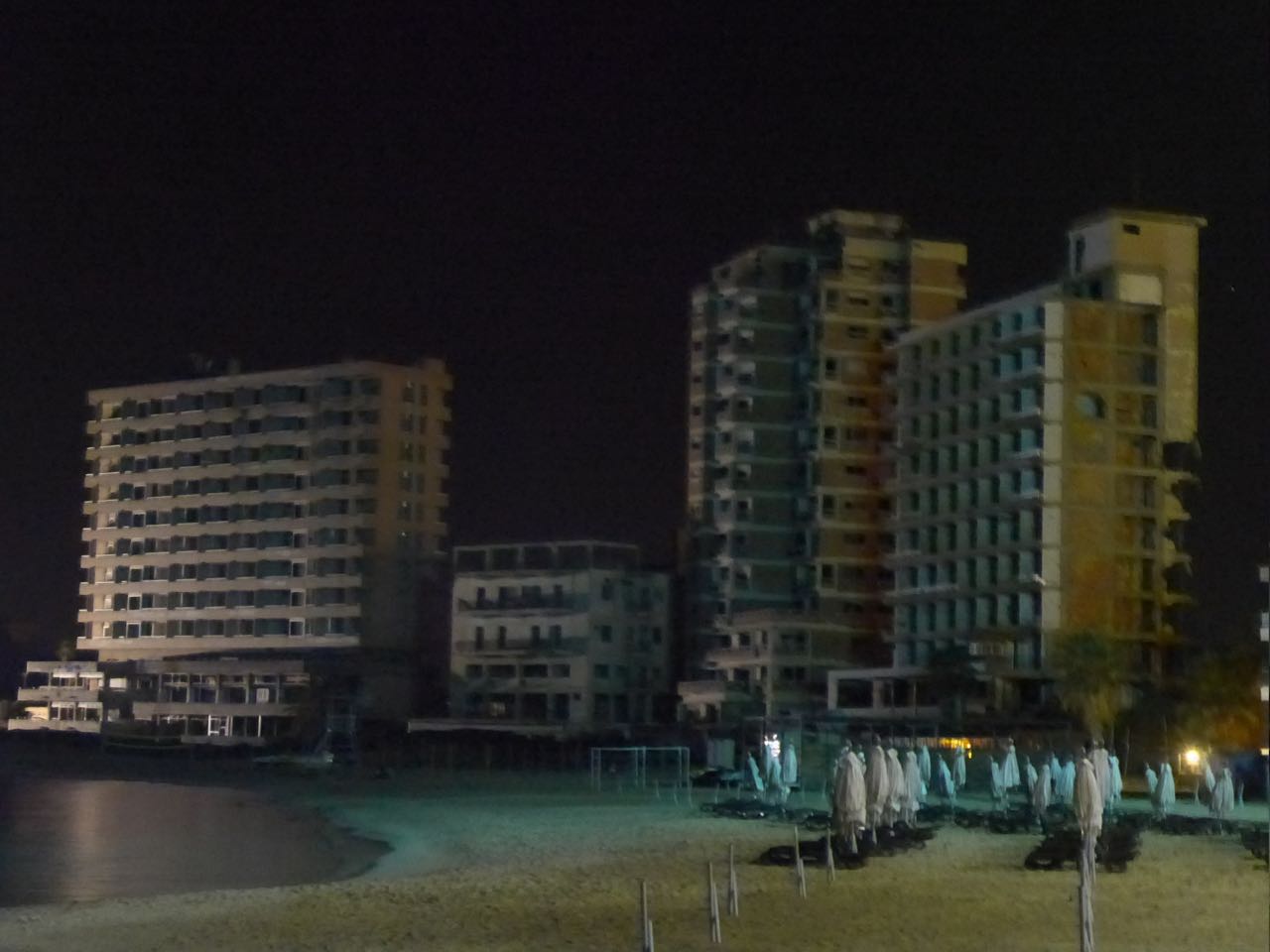 Evidence of this war is everywhere from the multiple militarized zones we passed to an entire abandoned city to massive north Cyprus flags on hillsides to monuments in every town.  The small city is right beside a popular resort, but the lights are out and you can see the side of the building crumbling.

There is another side to the story which must be convincing considering only Turkey has recognized North Cyprus as a country.

The history of the island goes back further than the war 50 years ago – early Cypriots built castles at the top of the mountains to protect against Arab pirates.  We had fun exploring these on the tops of the mountains.  We tried to hike to one unsuccessfully as the Cyprus hiking route markers are as bad as Croatian bike maps.  Haha.  We still had fun, and drove there the next day, hiking up the last stretch that we missed. 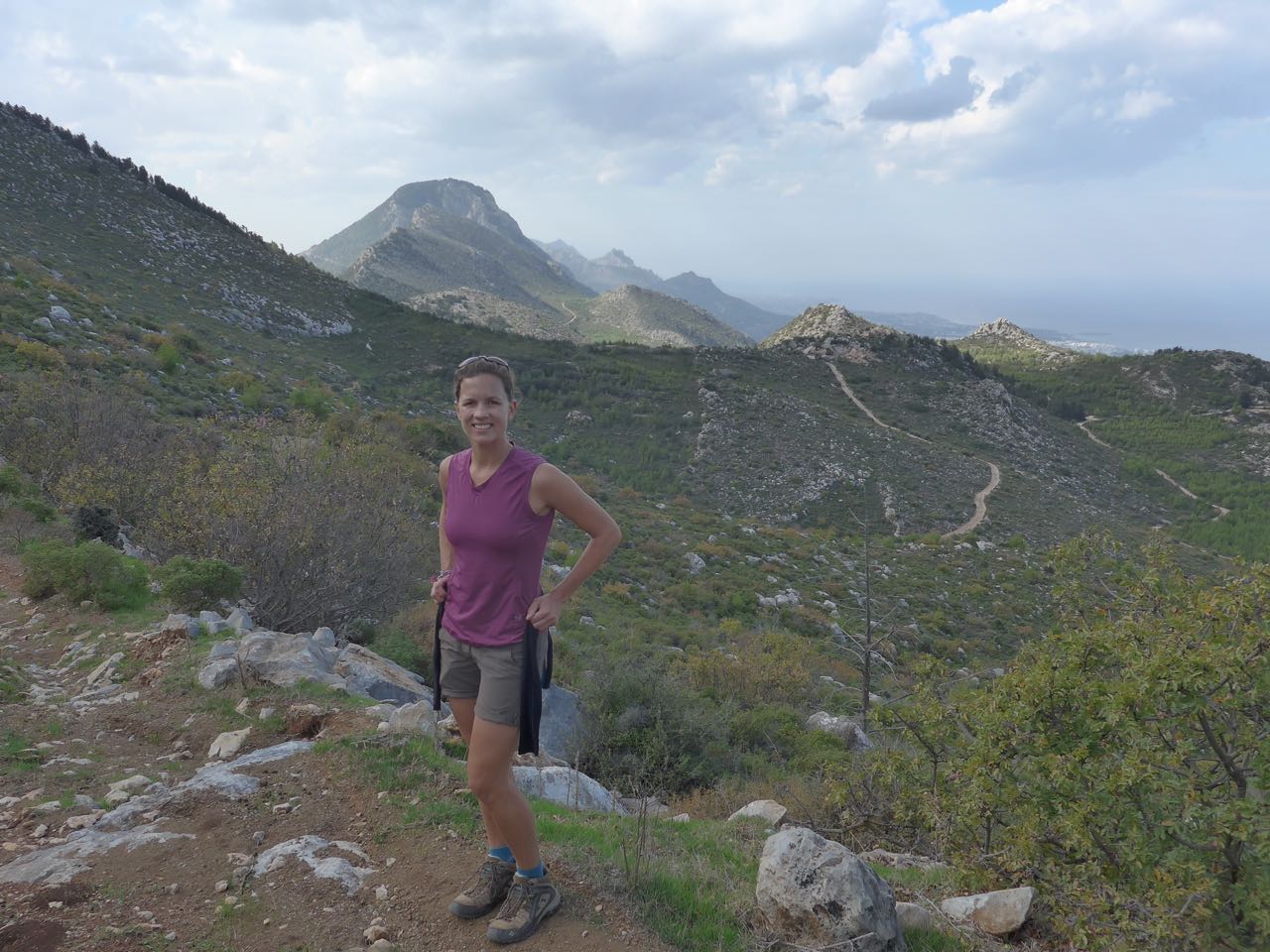 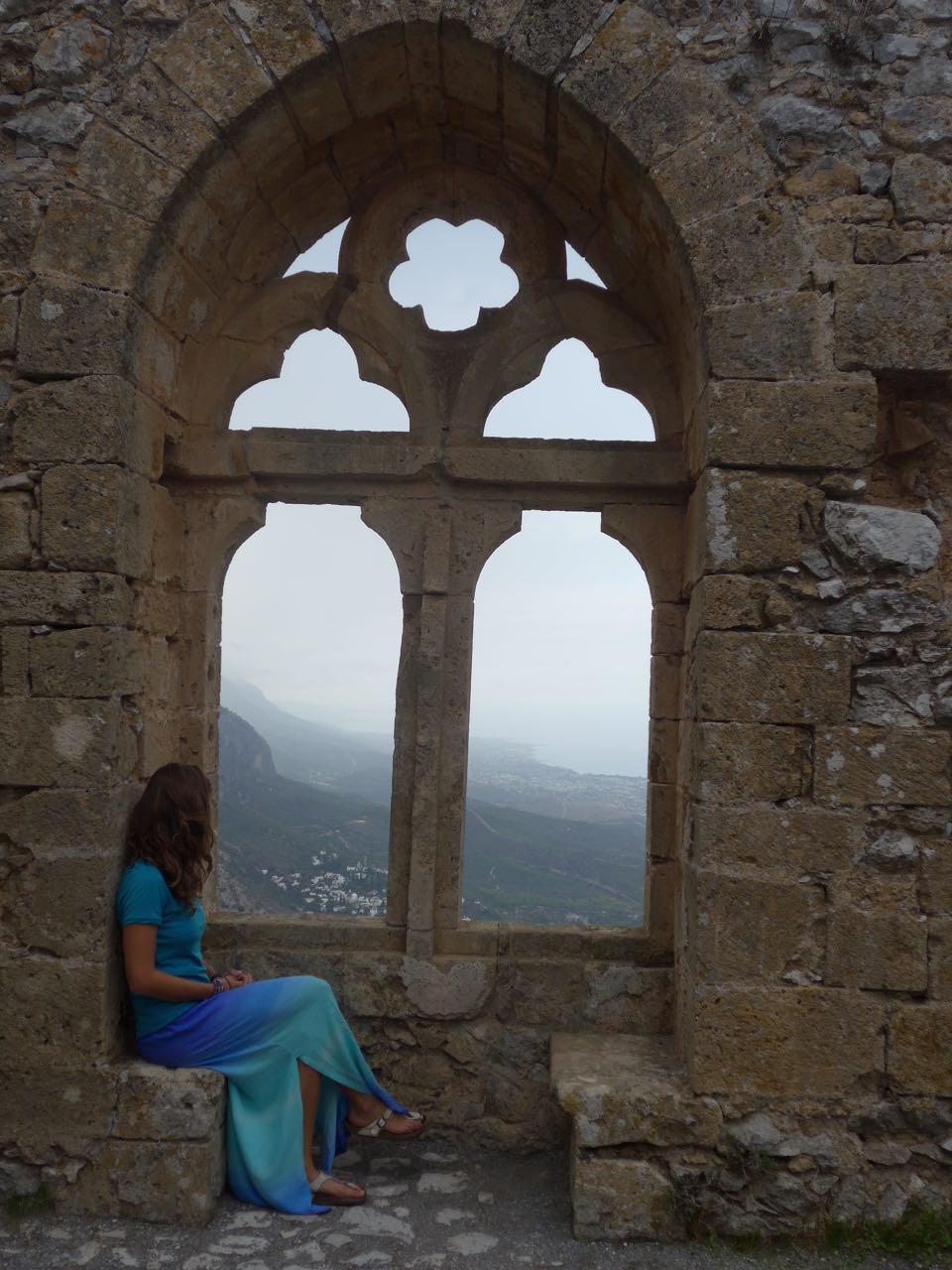 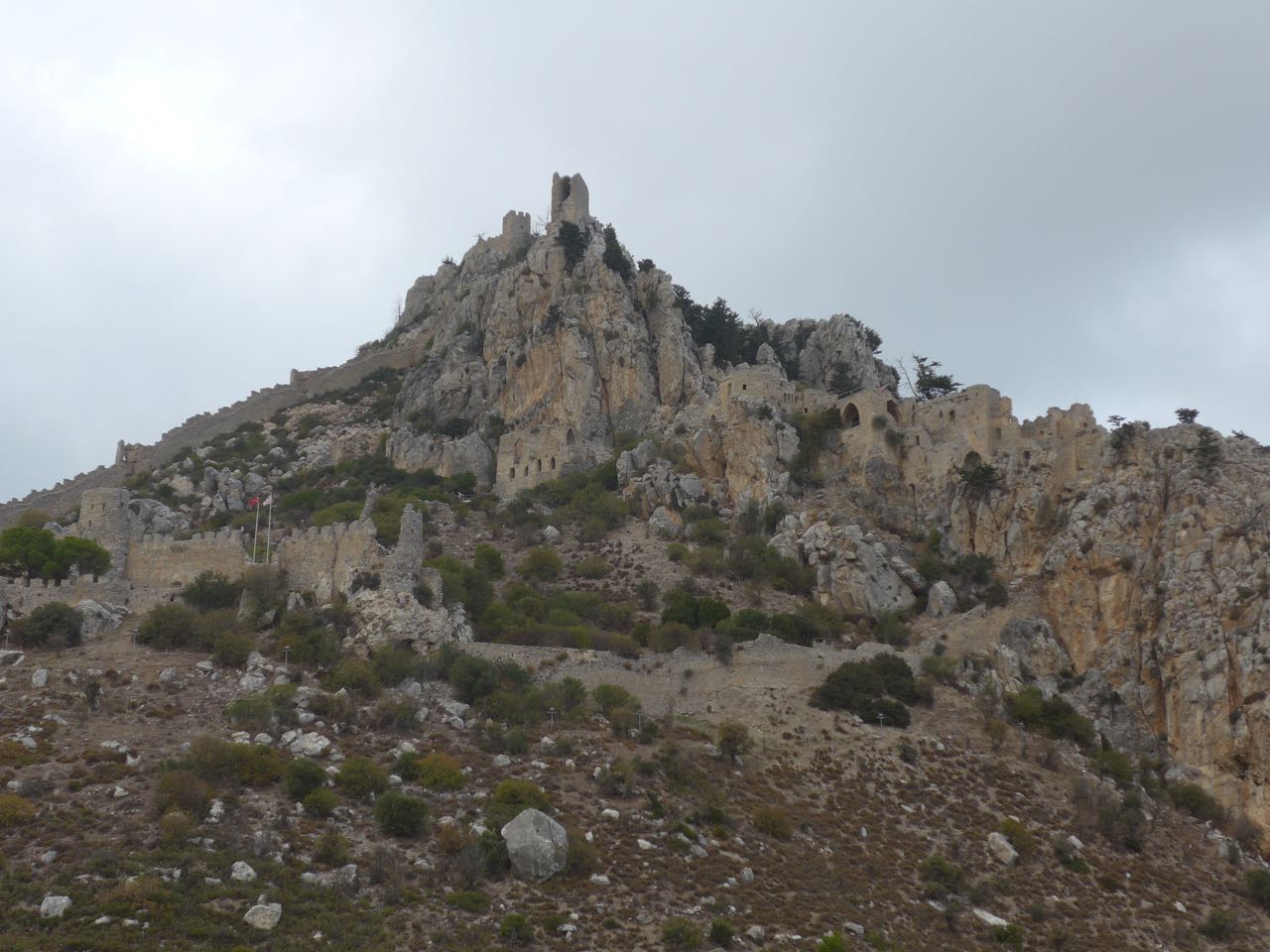 Some North Cypriot residents are still a bit on edge and want to protect their land.  I’m talking about the donkeys in the donkey reserve on the peninsula in the north east of the island.  I thought we were going to get charged.  This donkey ambles over, staring us in the eye and completely blocked our path.  We reversed a couple of times, and eventually had the courage to squeeze around him. 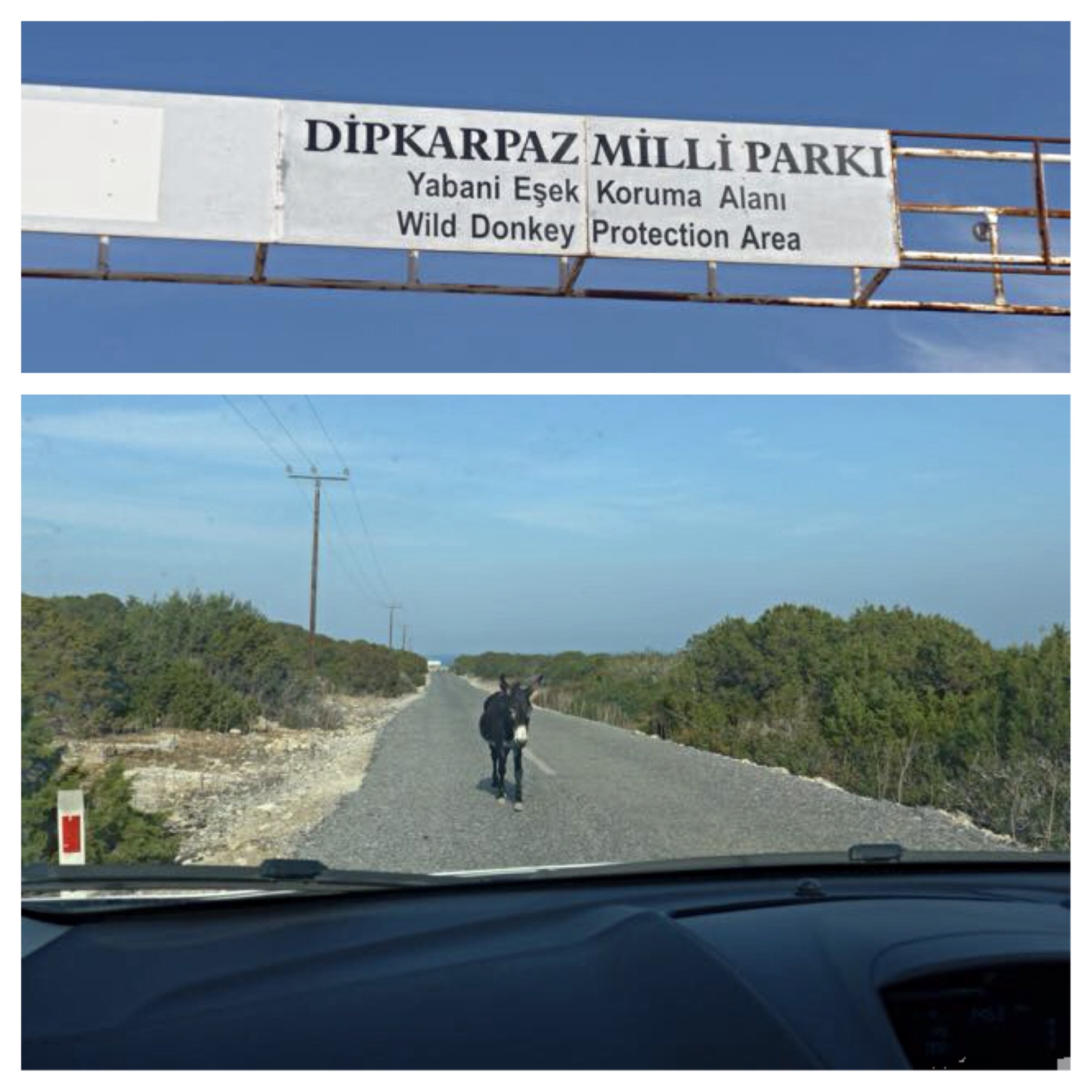 While it was a donkey reserve, I think we saw more cats.  Sean managed to capture their attention – they must have like the camera. 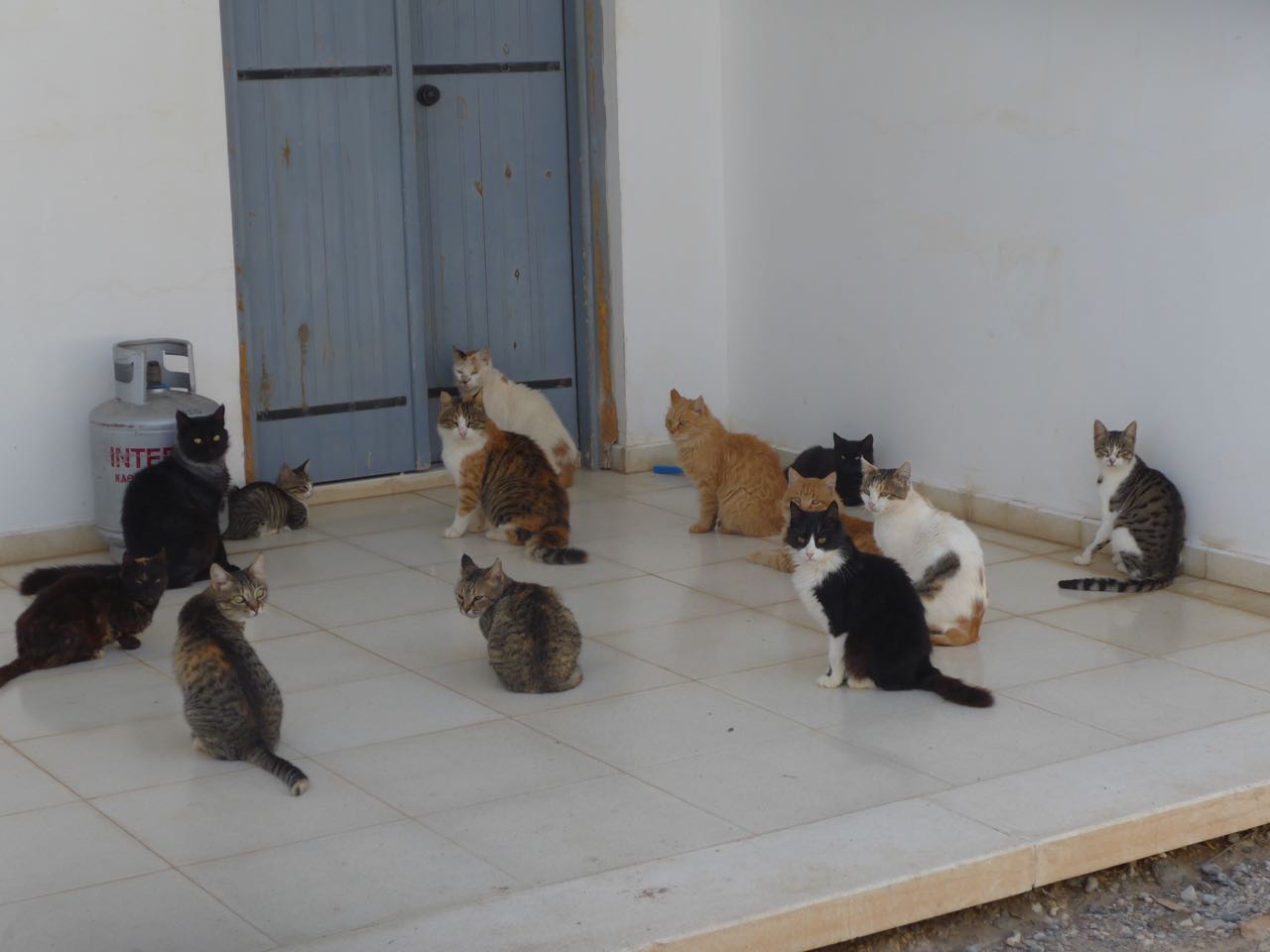 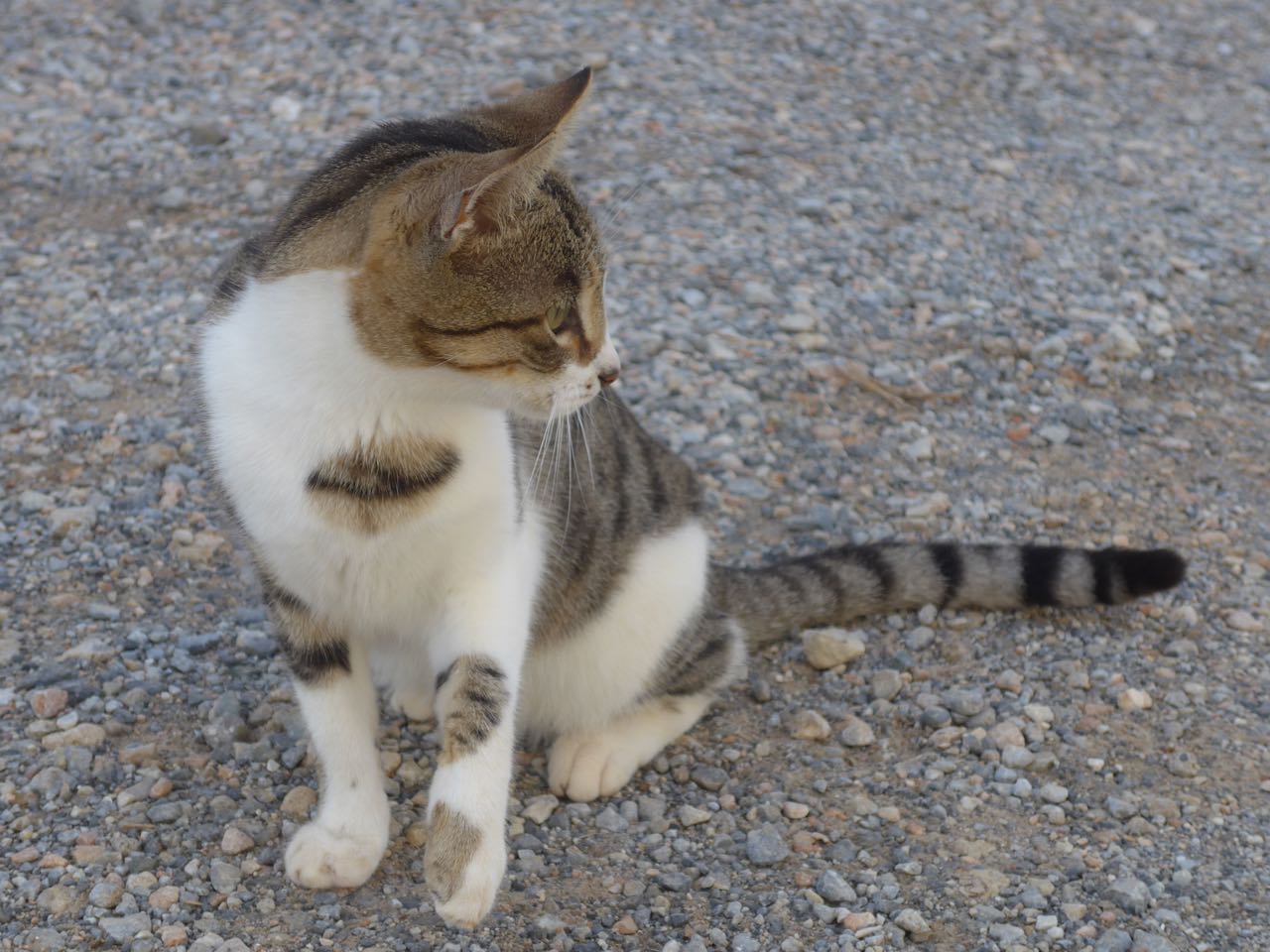 On this peninsula lies the most beautiful beach on the island, Golden Beach.  It was beautiful and the water warm, but the garbage washed up on shore took a little bit away from it.  We stayed in a little hut on the beach which was charming minus the extremely large spider who shared it with us.  Sean trapped him in a toilet roll so we could get some sleep. 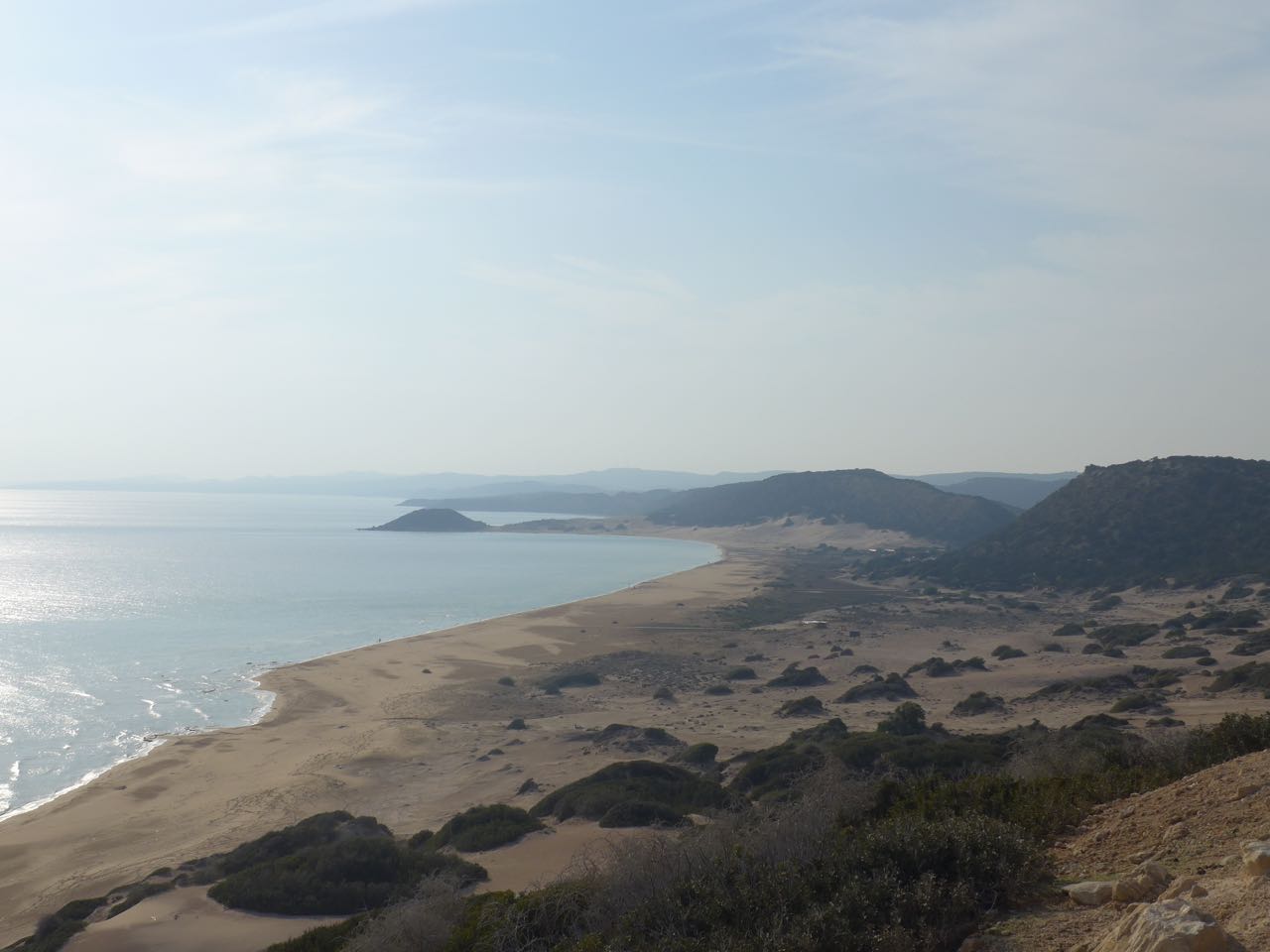 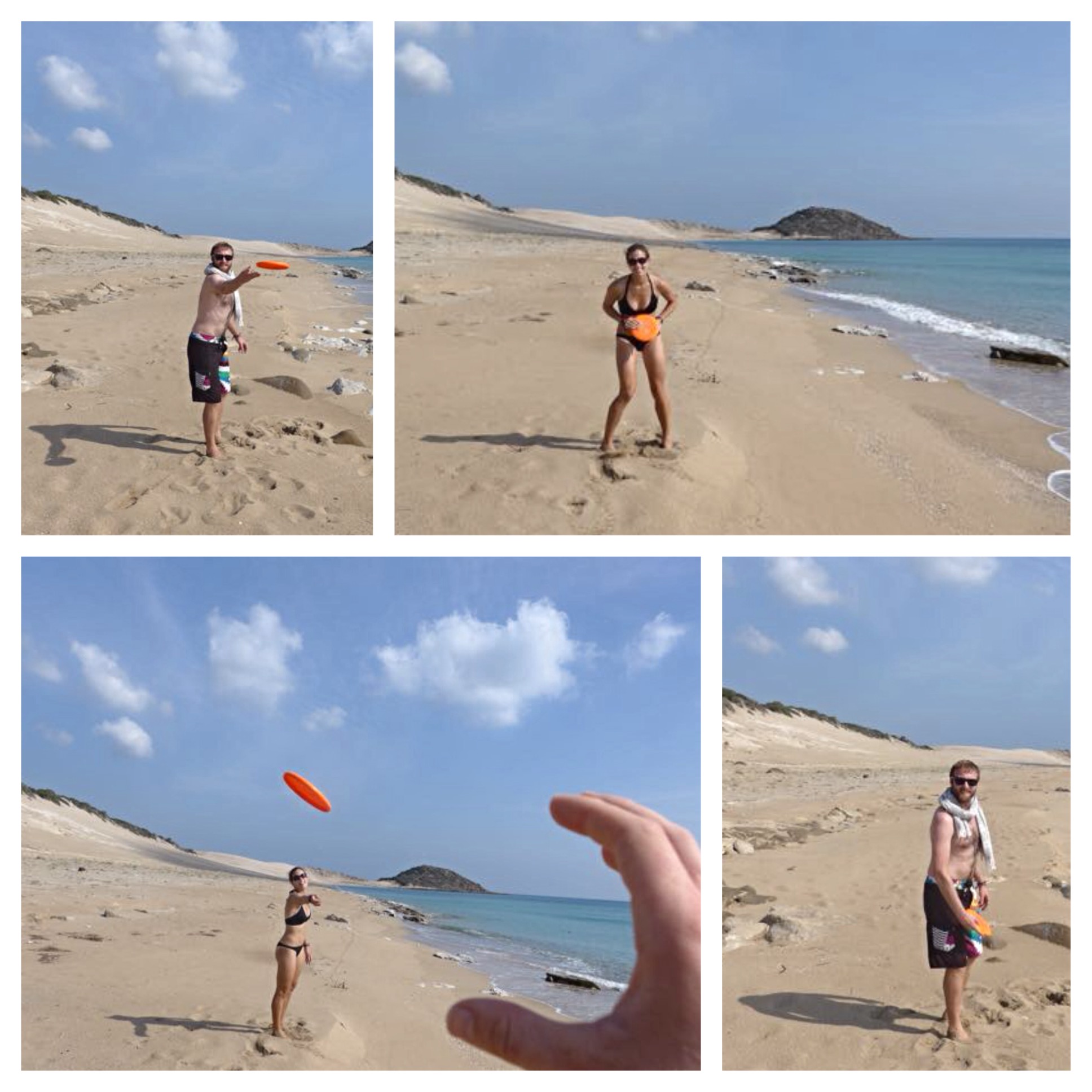 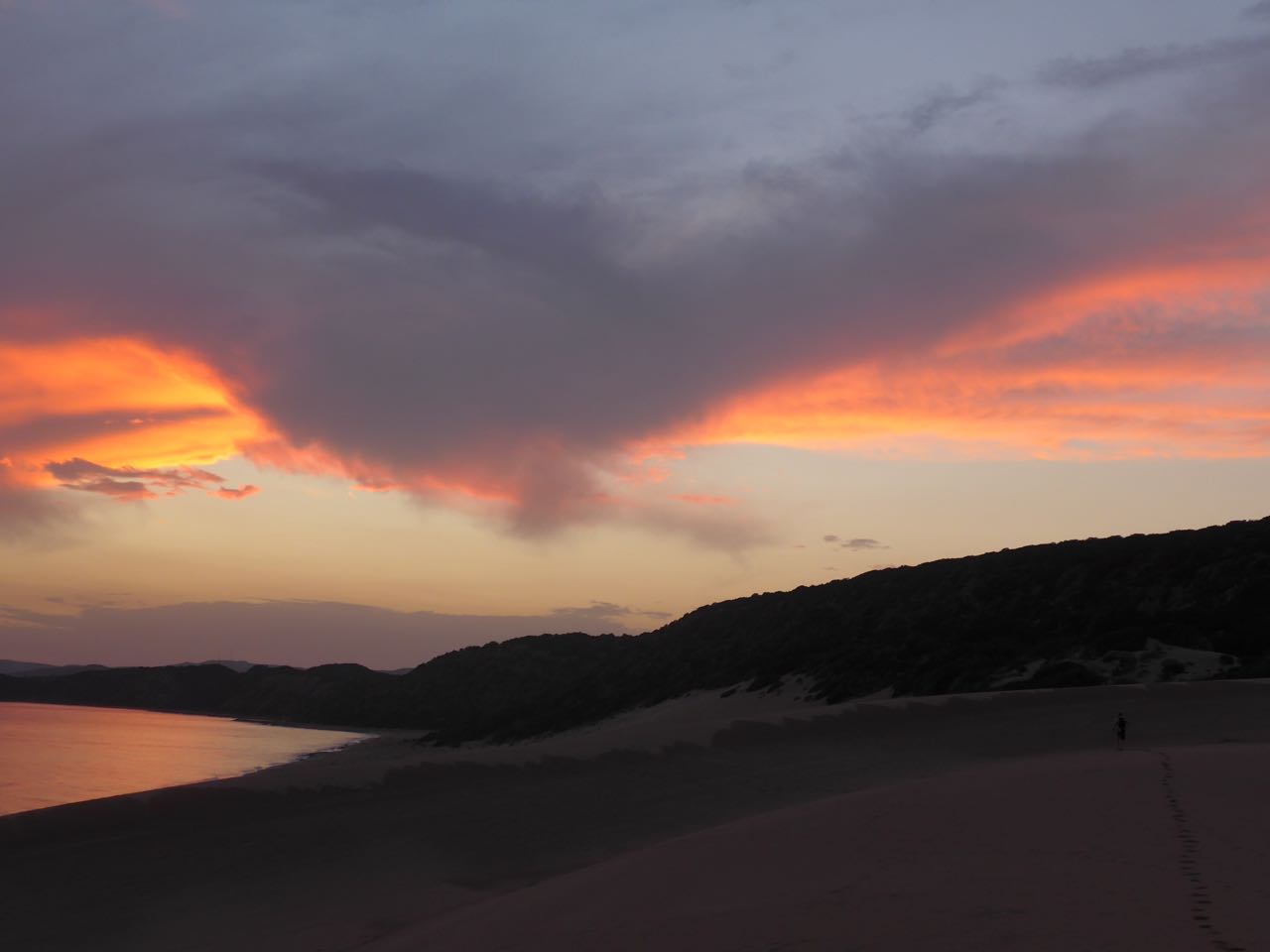 It was Sean’s first time driving since we left Vancouver, and driving on the left side of the road made it even more exciting.  We enjoyed the break from buses and the freedom having a car provides, exploring an archaeological dig site with ruins on the top. 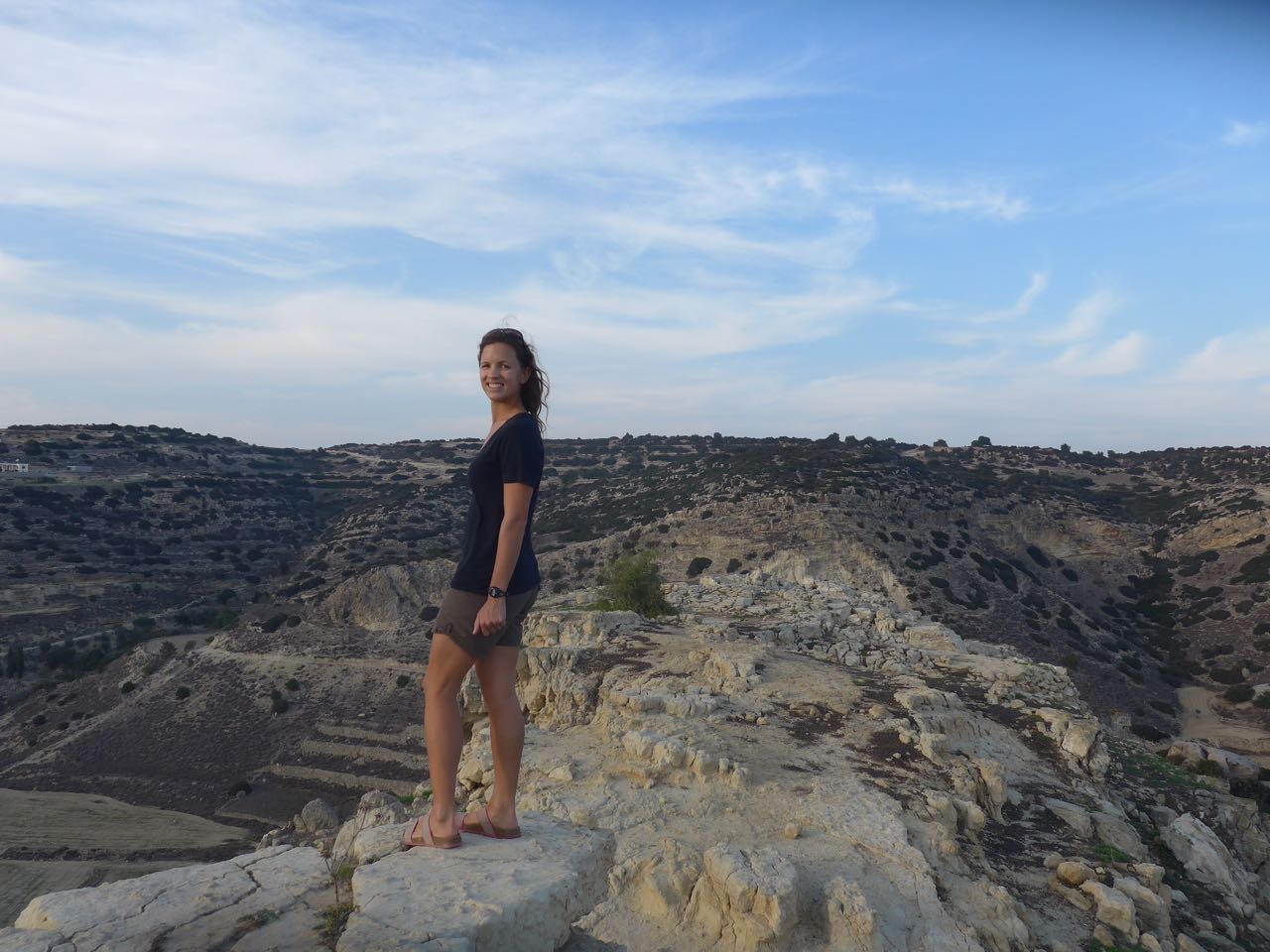 I think our appetite for kebab has been satiated now, as we move on to Abu Dhabi for a few days before Nepal.

Note: This post was auto-posted, we are currently off-line on a 10-14 day trek in Nepal!

One thought on “An unexpected trip to Cyprus”