Hiking in Cappadocia is unlike any other hiking we’ve done.  Exploring in caves.  Climbing up ladders.  Scrambling up rocks.  It was like a giant playground for adults, and we loved it. 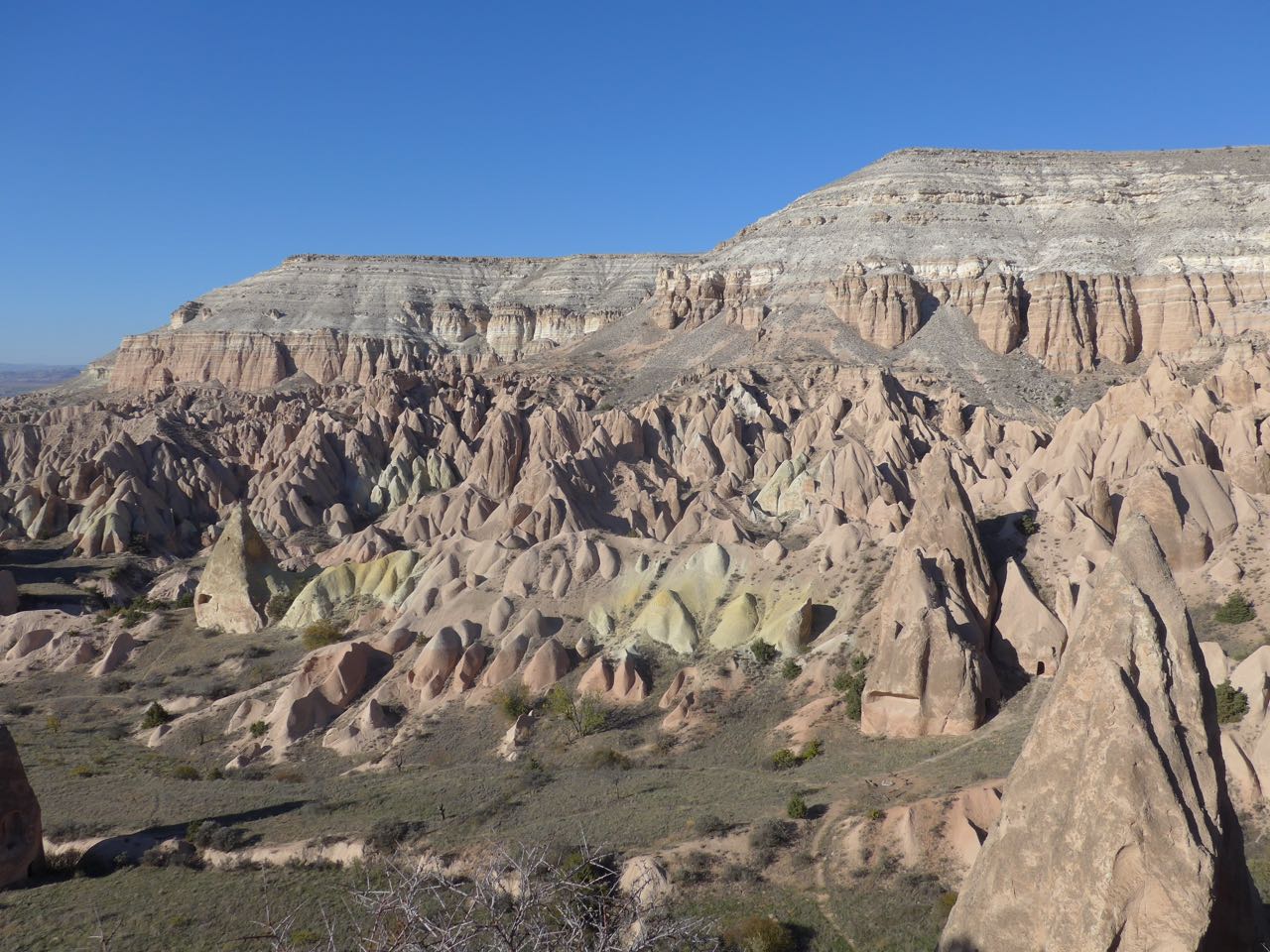 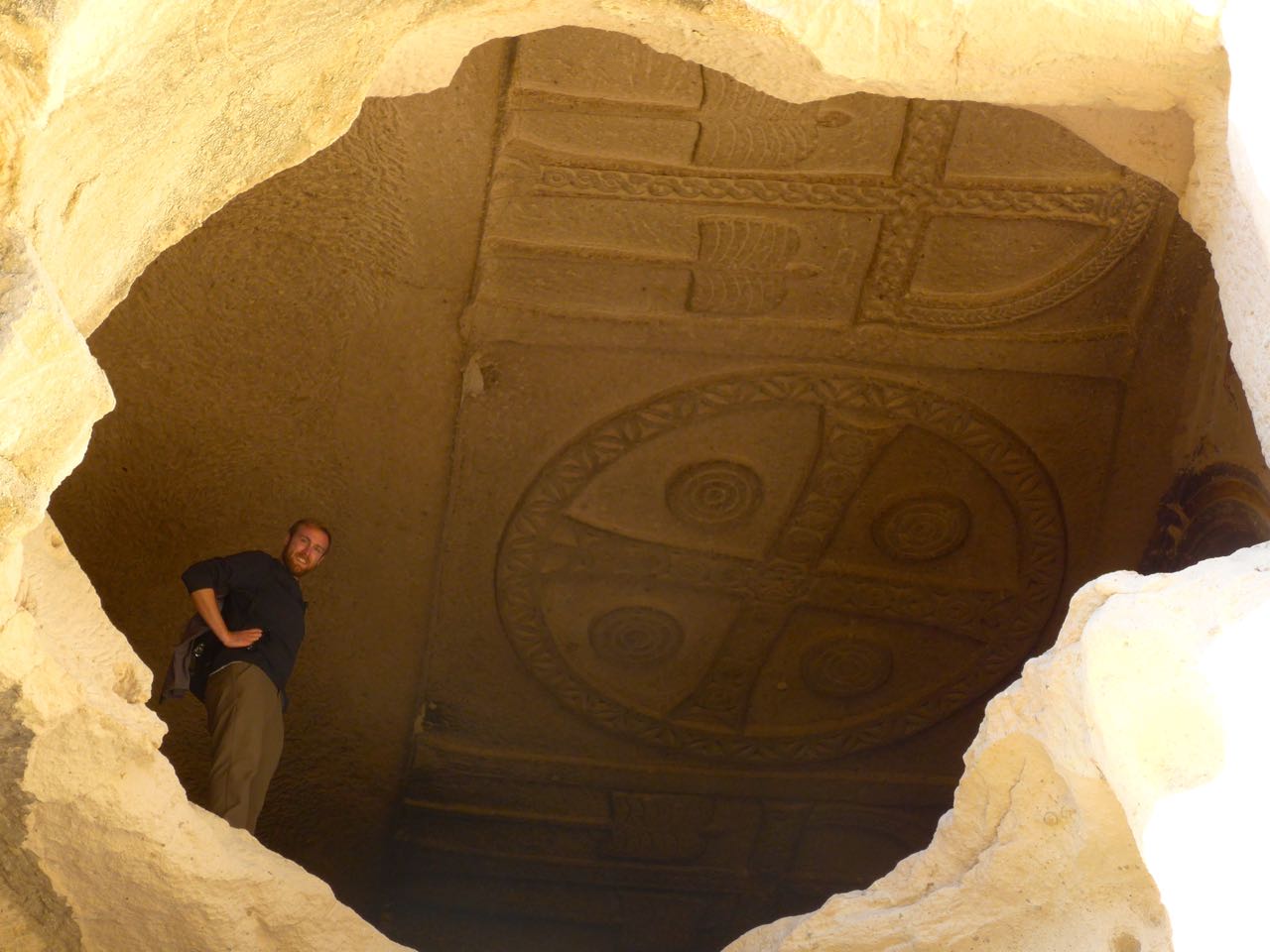 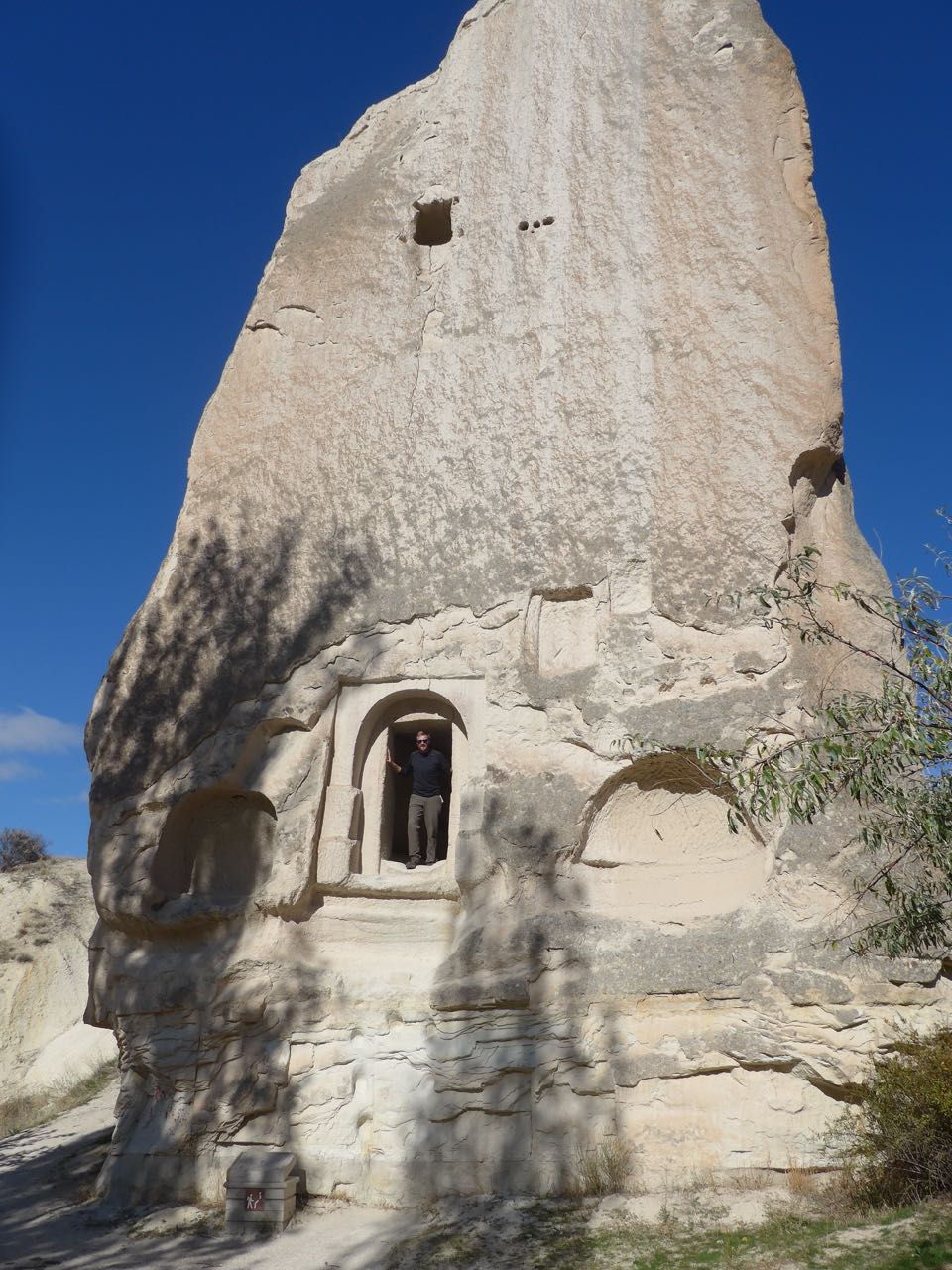 The area has been populated for thousands of years, with homes dug into the soft volcanic rock known as tuft.  People hid here to escape persecution building underground cities of up to 8 floors, accommodating 5000 people.  Hard to believe!  They had everything in there from stables to wineries to churches.  We spent some time exploring but not too much – it’s a bit scary to be in what seems like an underground maze! 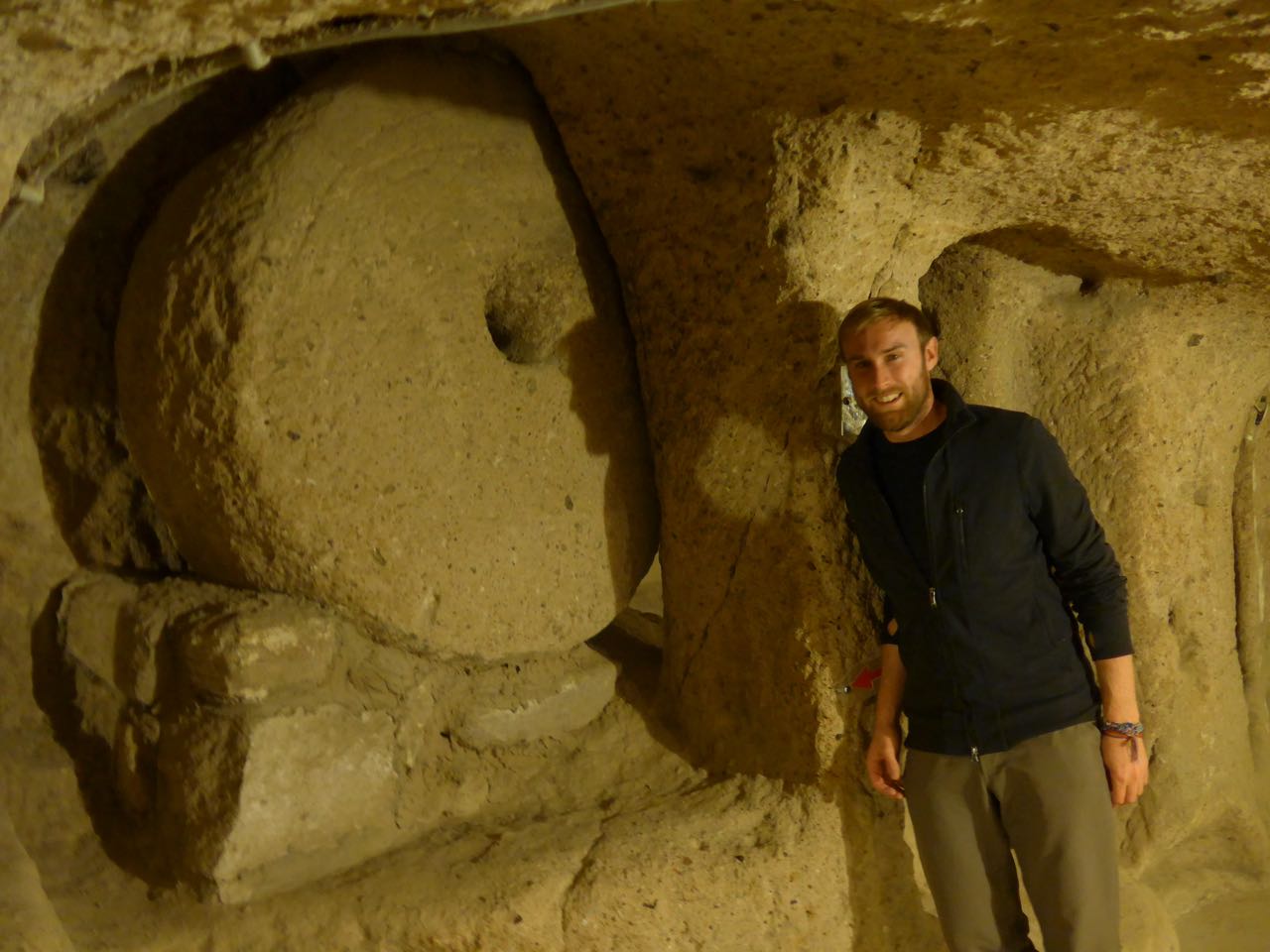 We also got a fantastic view from cave houses built into a large freestanding rock.  You can see it from both sides – first in the distance, then from the top! 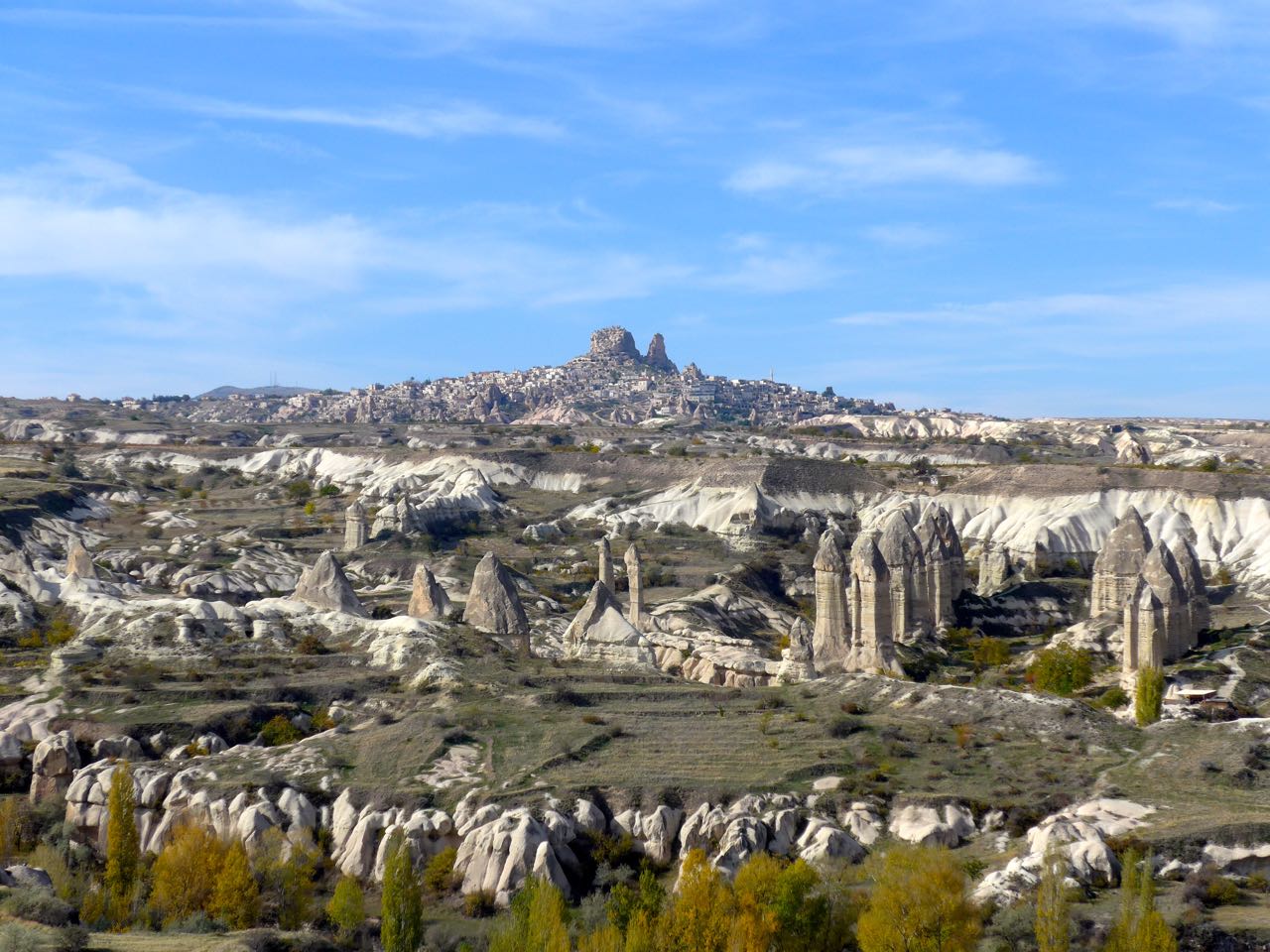 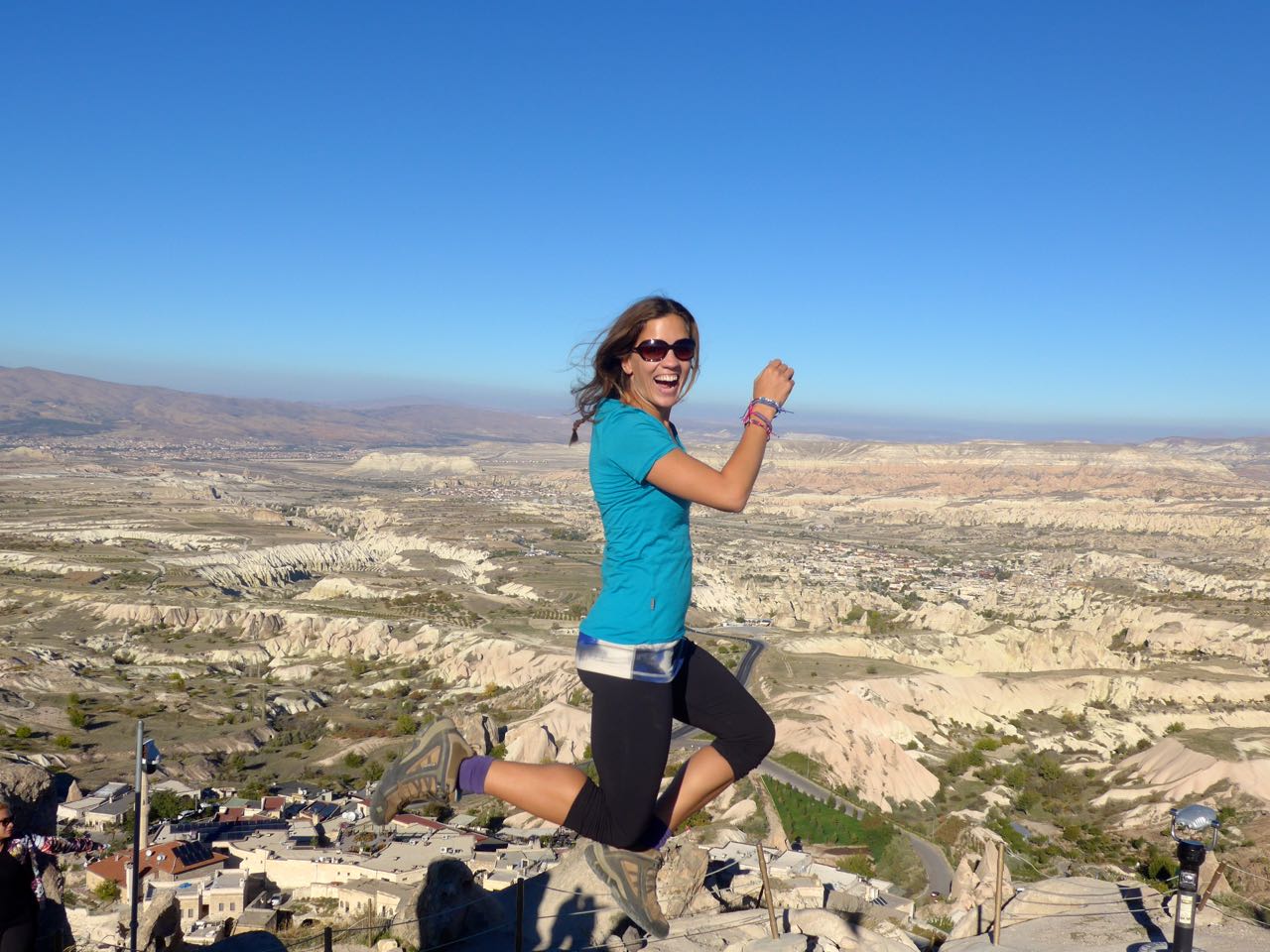 On one of our hikes, as we entered the valley we couldn’t help but think that the rocks really looked like… immediately confirmed by the signage, which explained that the Love Valley got it’s name due to the phallic shaped rocks.  No point in dancing around it I guess! 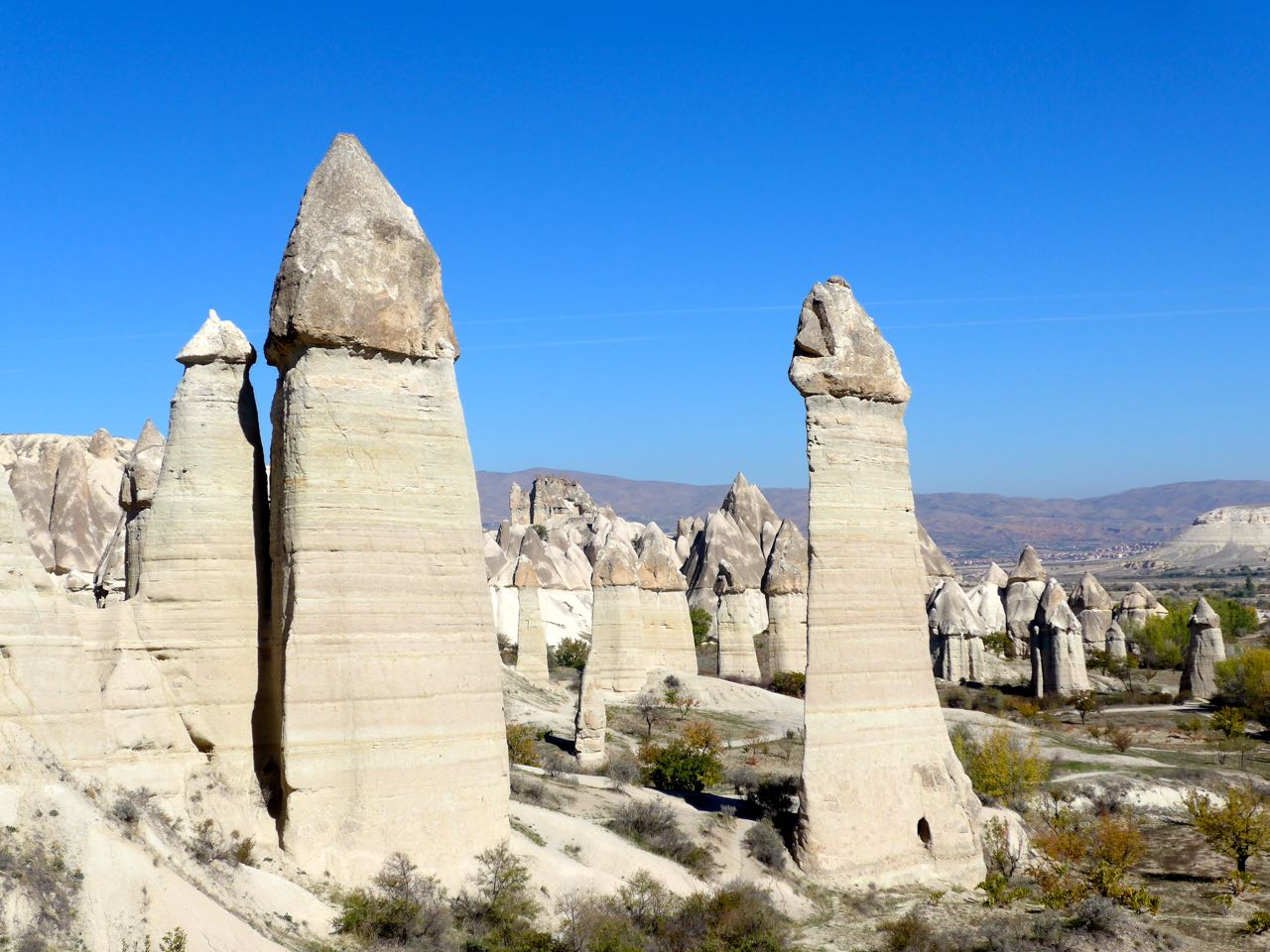 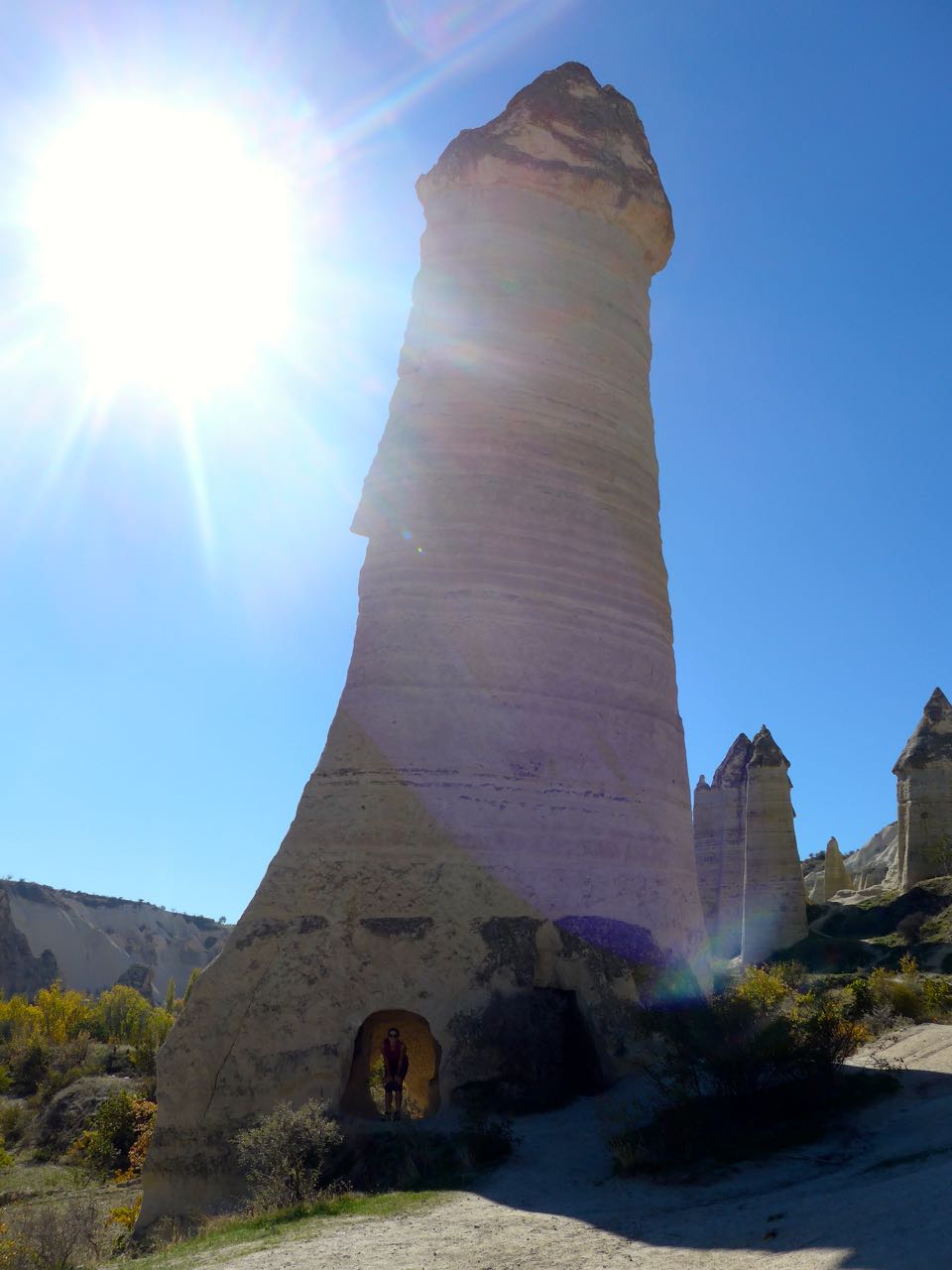 A popular activity for Cappadocia is taking a hot air balloon ride, but unfortunately not in our budget.  We did get to see them up close though.  Hiking through one of the valleys, the tops of the balloons appeared, seemingly growing out of the ground.

They dropped down into the valley, and we ran like kids to chase them.  We were so close we could have jumped and hung on.

But we didn’t.  The people in the balloon were laughing at us and waving.

What we could do in Cappadocia is sleep in a cave!  There was an echo, it was cool. 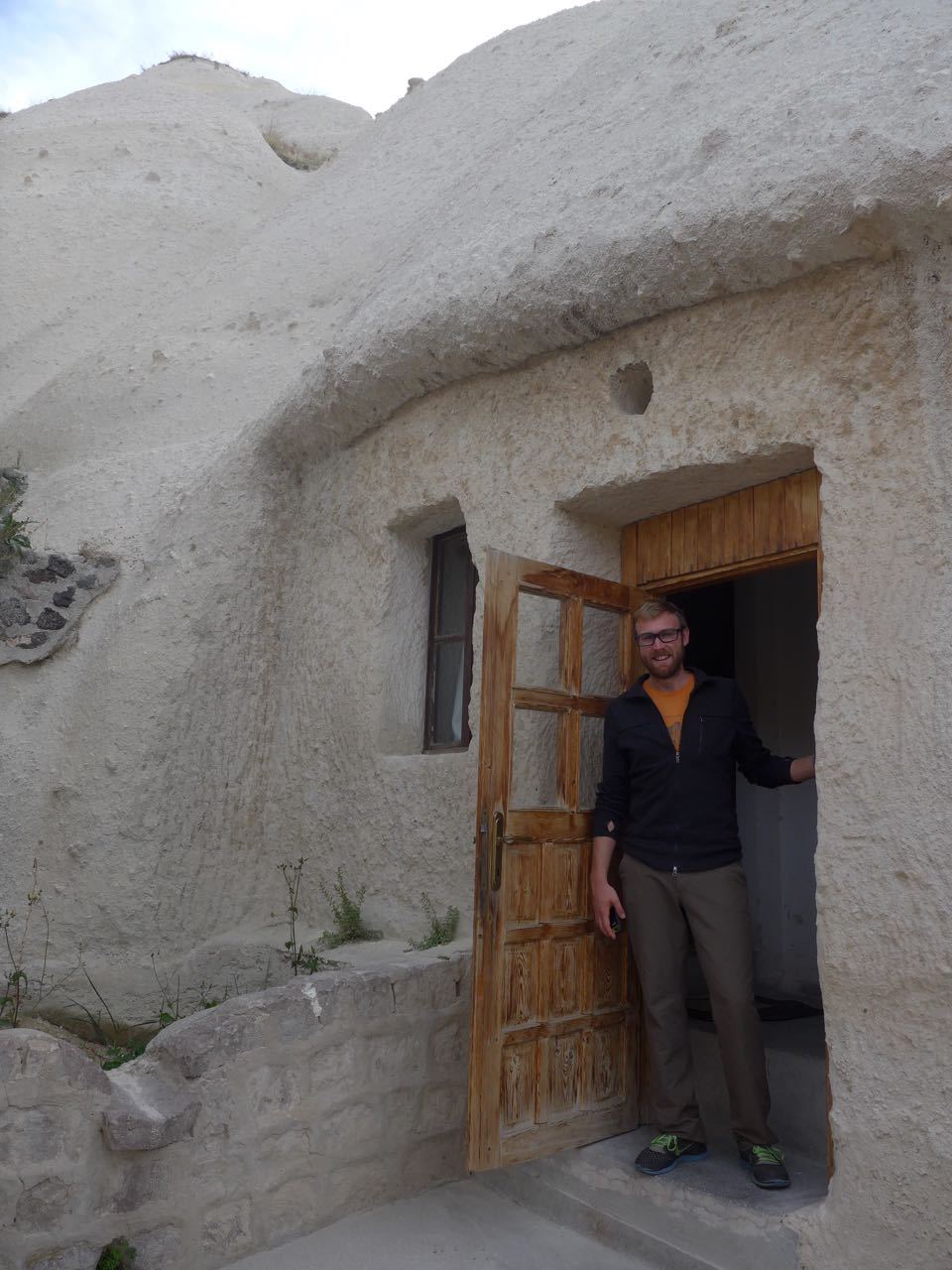 The weather was beautiful, if not quite cold for our first few days.  Breakfast on the rooftop terrace was an all clothes on affair, and we were happy to have our toques with us.  But the sun shone brightly the whole time. 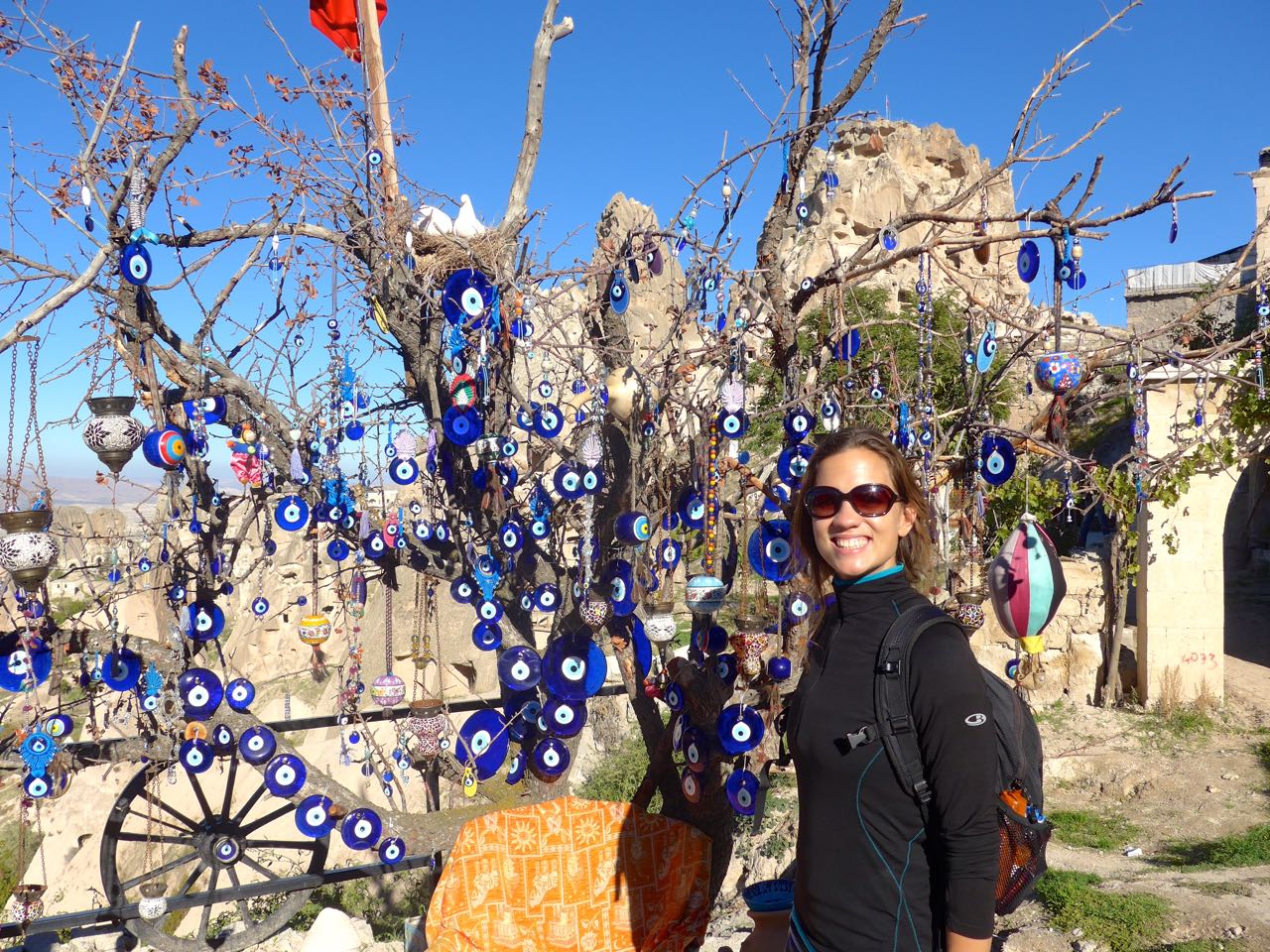 A highlight of Cappadocia was visiting our first hammam, or bath, where, after losing a layer of skin from scrubbing, you are cleaned with almost an entire bar of soap and then massaged.  We had read lots online about what to expect, and understand the Turkish way of doing it is to just wear the towel, no swim suit.  Unfortunately for us, this was more of a tourist style hammam, which meant the bath was mixed.  I received my scrub and massage from a man.  Turkey is very conservative with most women showing no skin but their face, so I felt pretty awkward being rubbed down by a large Turkish man only wearing a towel.  That being said, I would totally recommend it and would go back.  Next time with a swimsuit on. 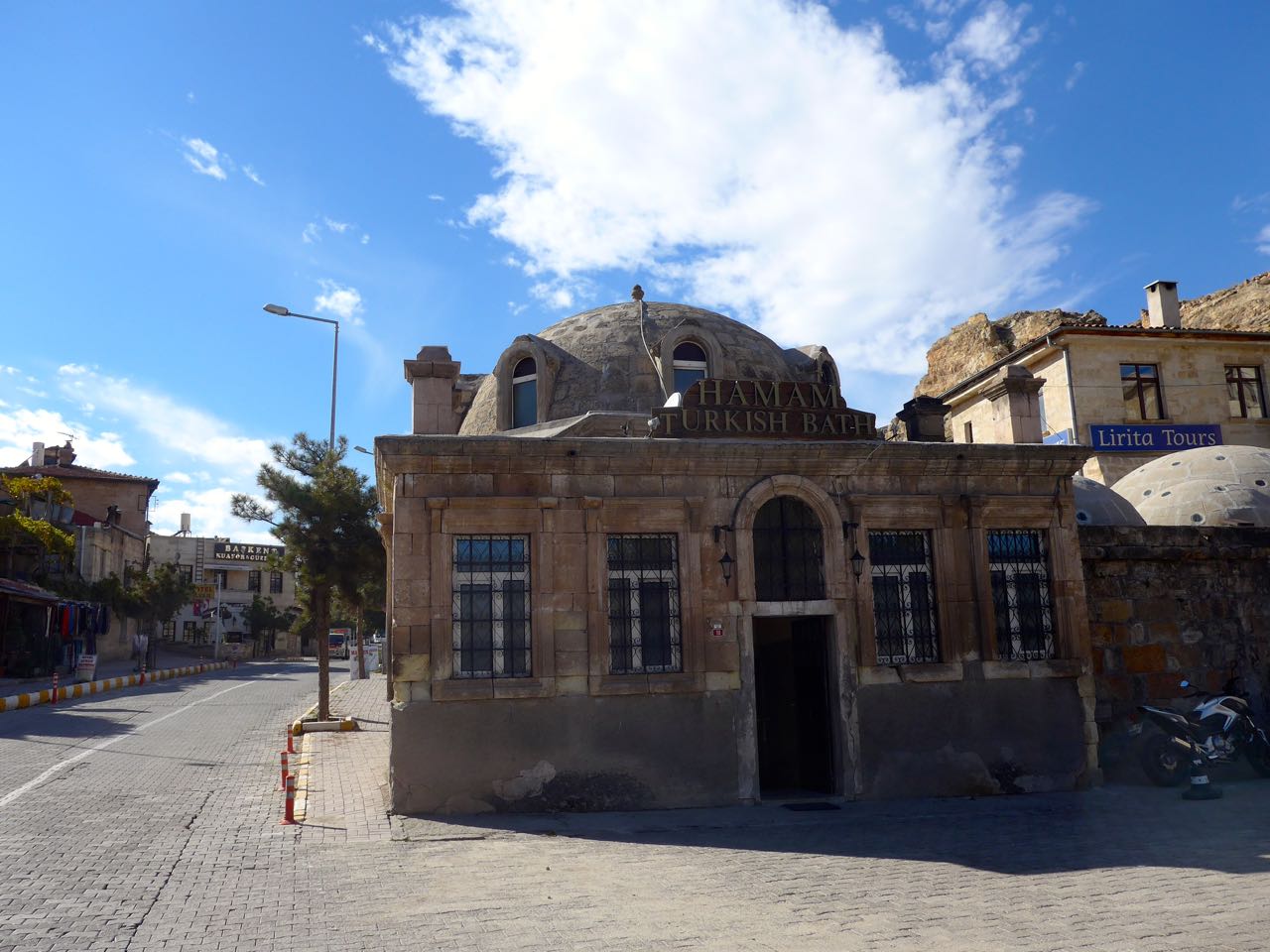 On our last morning, we skipped the museum of the cave churches in order to save our sanity being swarmed by other tourists, and also save our money, opting instead for another short hike.  We stumbled upon a small church, and almost decided not to go in because as we had seen Jesus painted in a cave once, we kind of felt like we had seem them all.  But the kind Turkish man, after finding out we were Canadian, gave us two for one admission along with a personal tour, pointing out Jesus’s ascension to heaven, the 12 apostles, and Mary and baby Jesus. 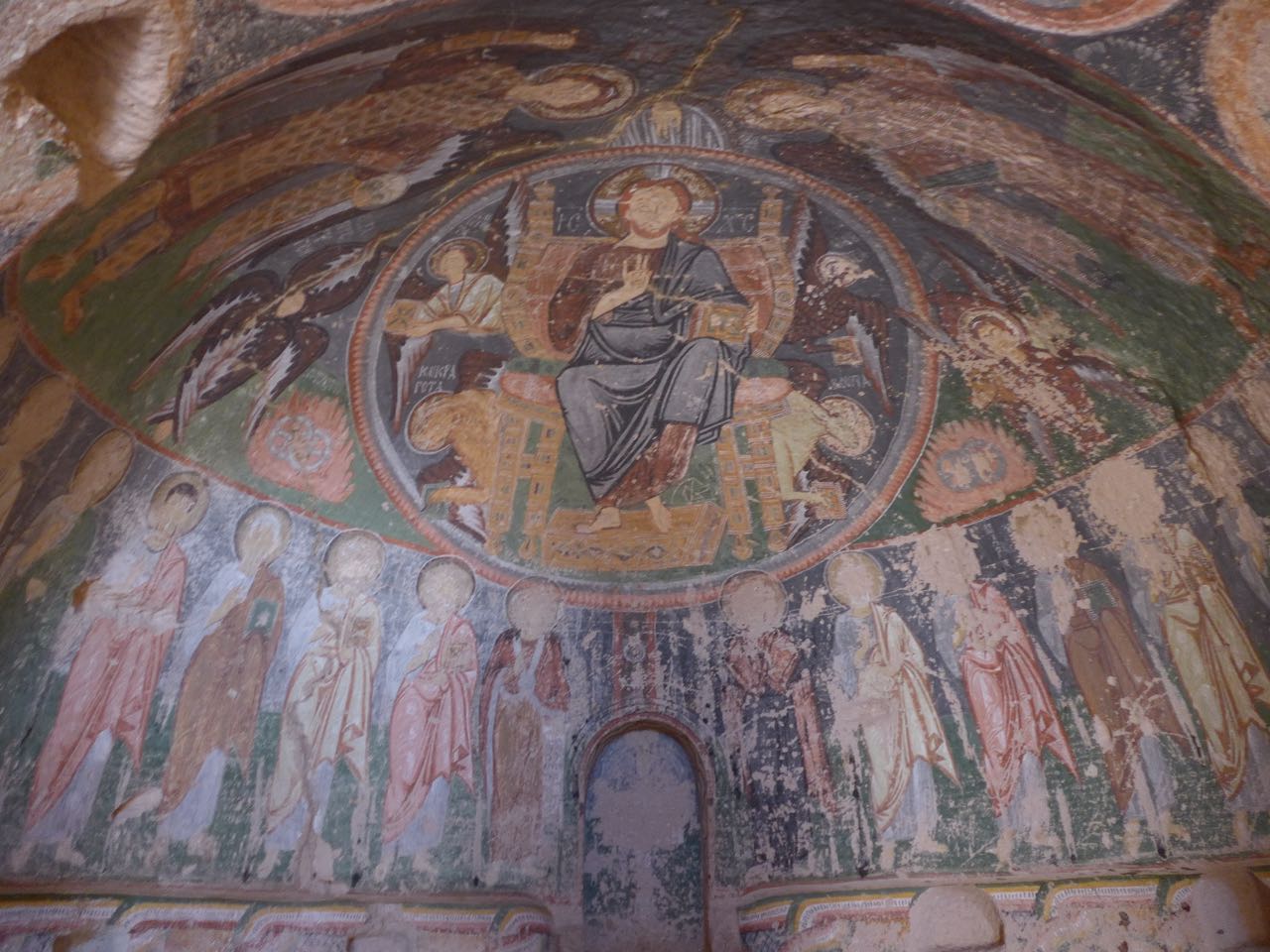 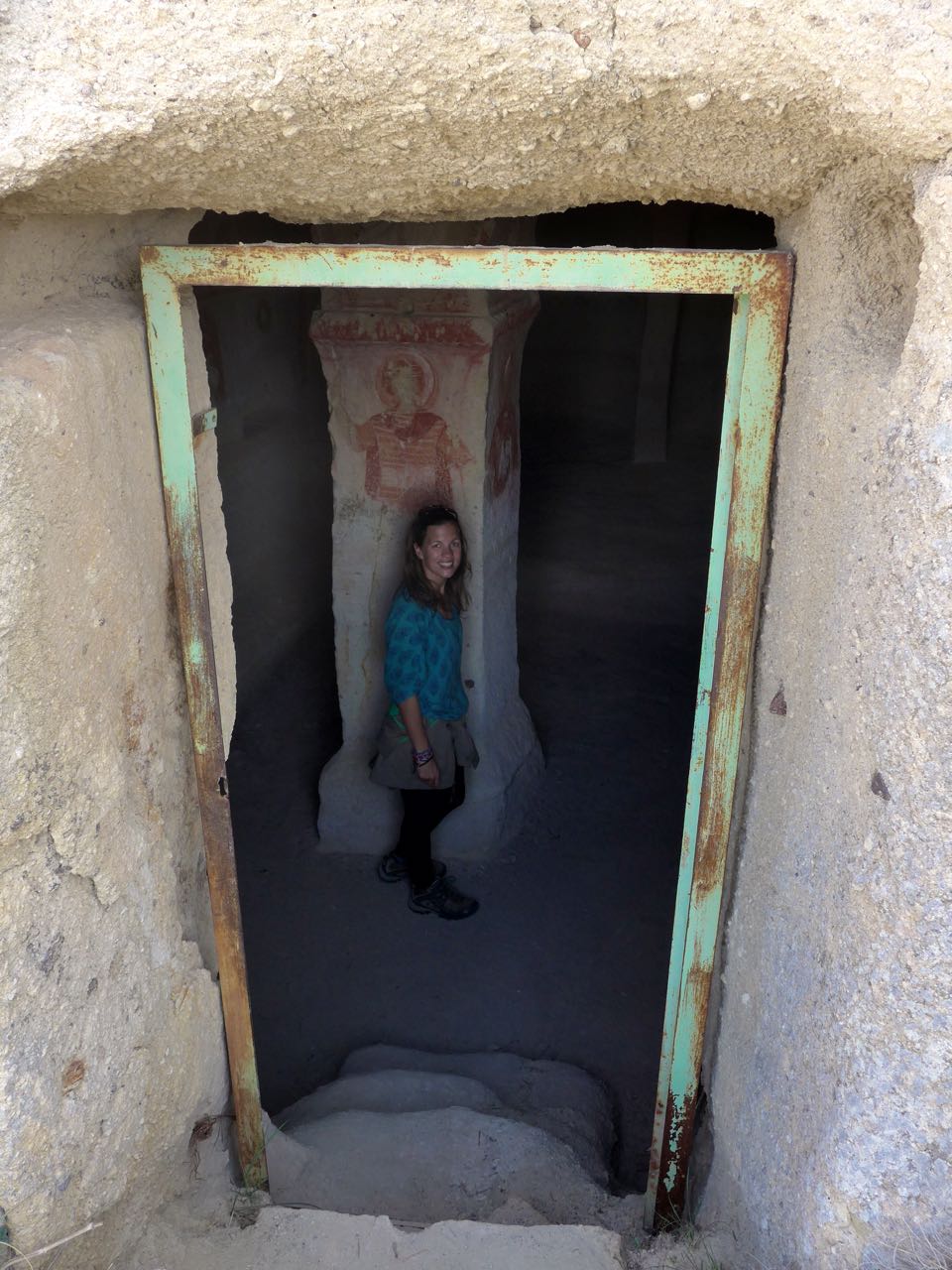 He also gave us a key to go explore the “hidden church”,  hidden among the rocks behind. 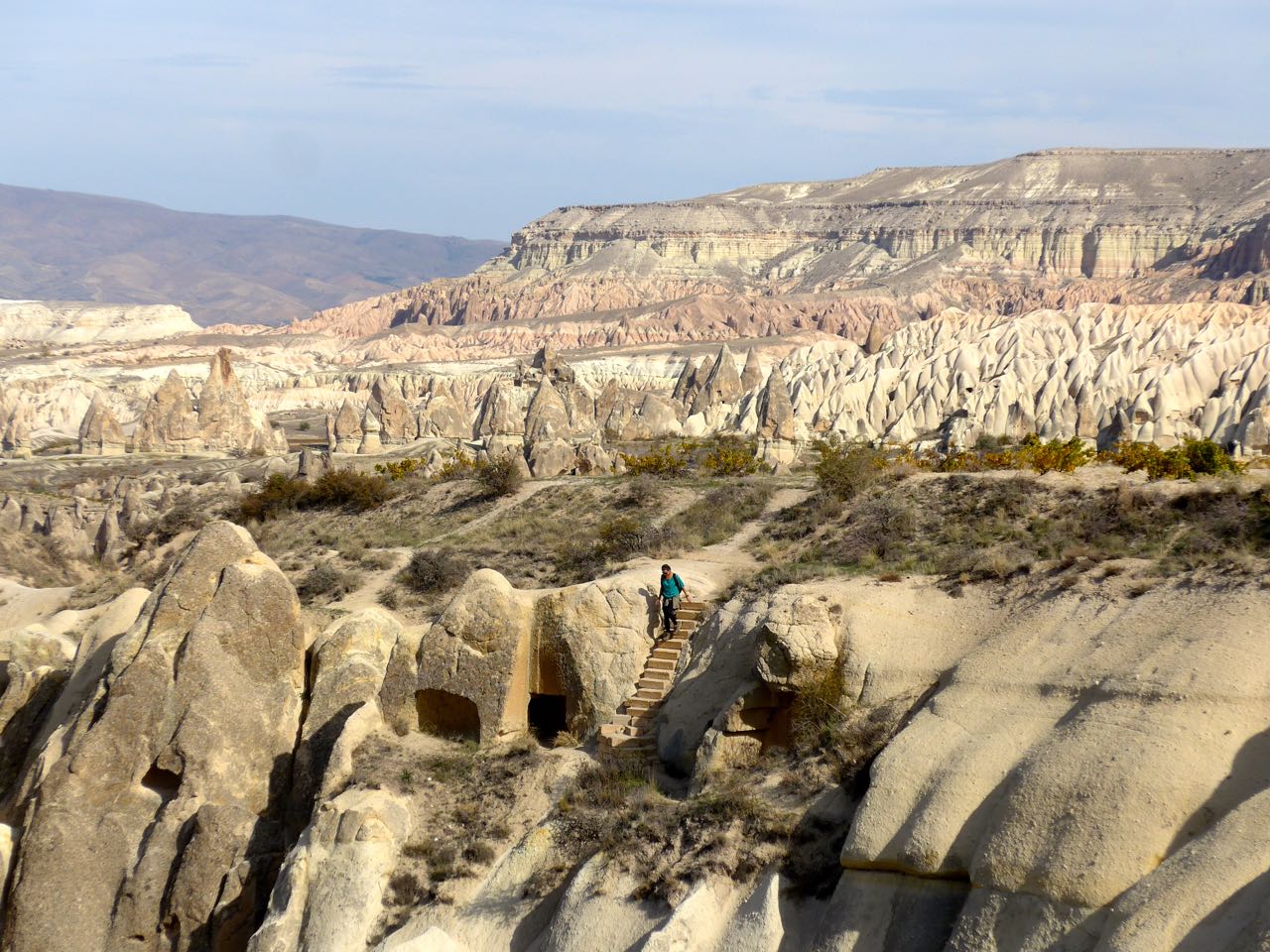 We then shared some tea but had to decline his offer to give Sean a massage (he also works at a hammam) in order to rush back for our bus to Cyprus.  We learned that he has distant family in Canada, something we have found a few times and I think makes people extra nice to us.  He liked the Canada pin we gave him (I think).

One thought on “We met the Flinstones!”