Two days and two of Turkey’s most famous (yet completely different) sites.  We’re quite spoiled!

The best way to see the ancient calcite pools of Pamukkale is by walking up the hardened white surface with the hot spring water trickling across your feet, stopping along the way to wade with the white sand squishing between your toes.  The water is said to have healing properties, and we both noted our feet felt quite nice afterwards! 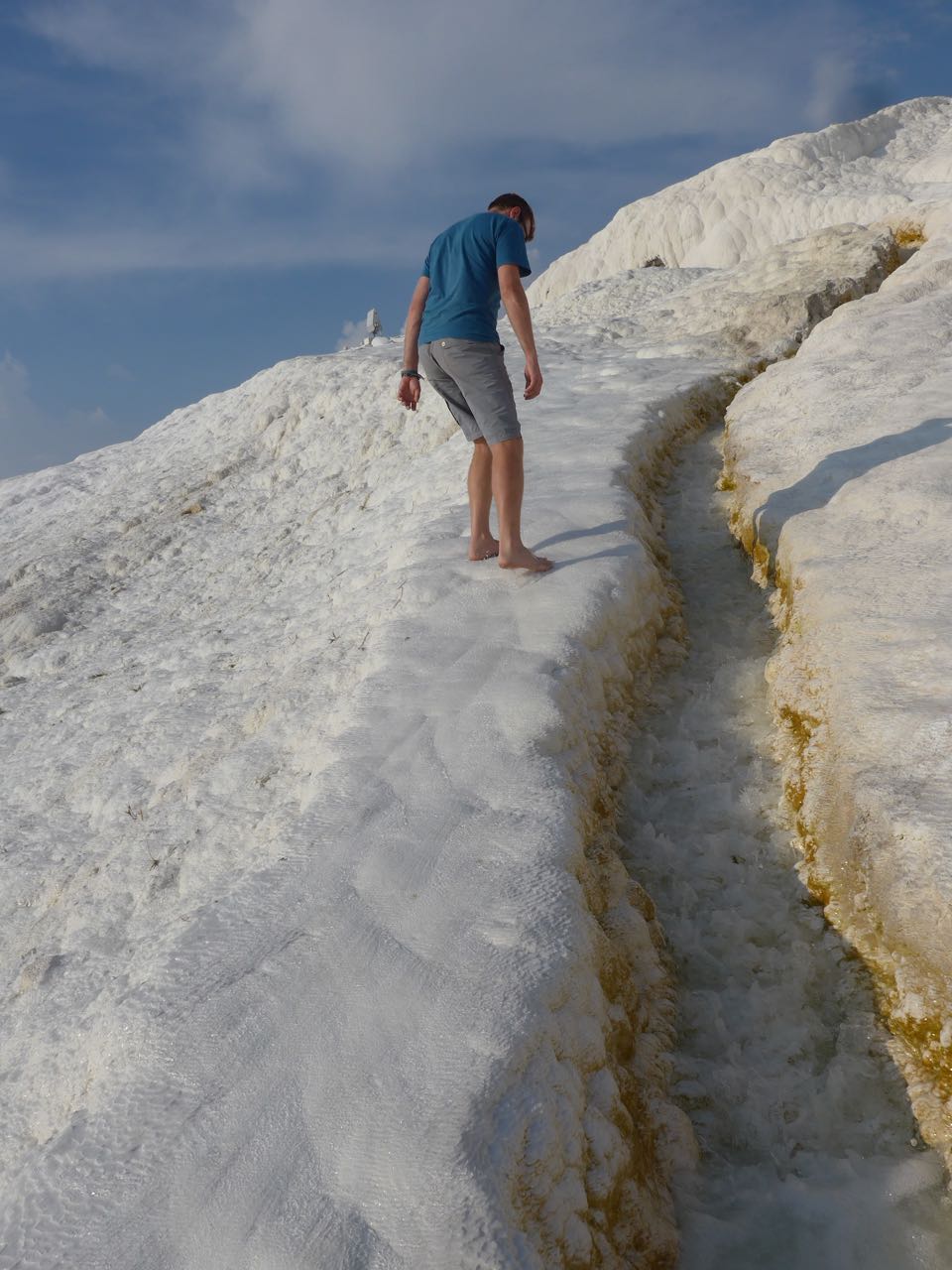 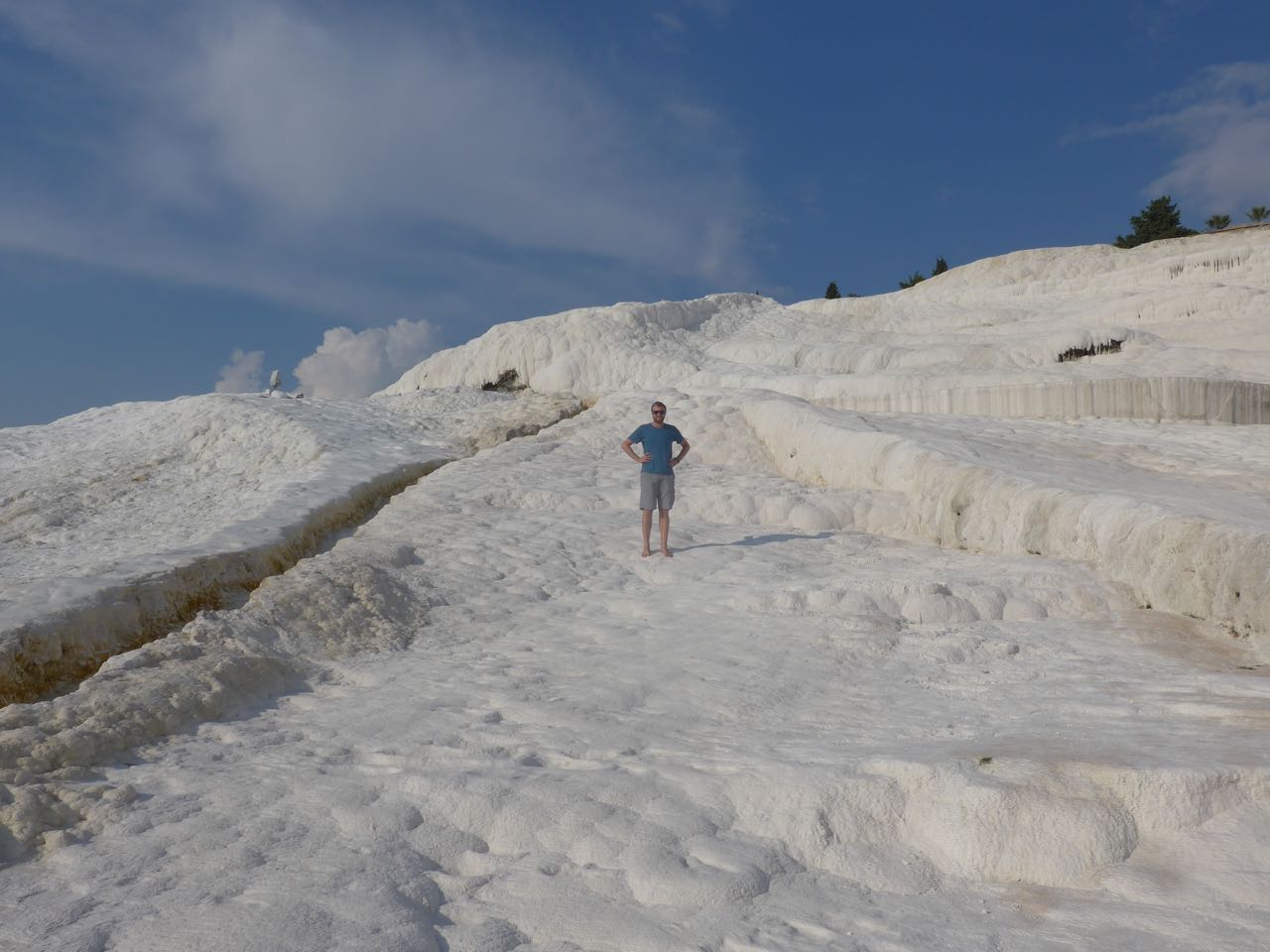 Perched at the top of the pools is the ancient city of Hieropolis, an ancient Roman spa city.  Our best picture of the site is pending a South Korean man emailing us his photo from his camera which was approximately 10 times the size of ours, here are ours in the meantime.  We managed this exchange without a common language other than smiles and hand movements.  Pamukkale is incredible popular with Asian tourists, so we got a small break from delicious Turkish for some bibimbap and a rice bowl! 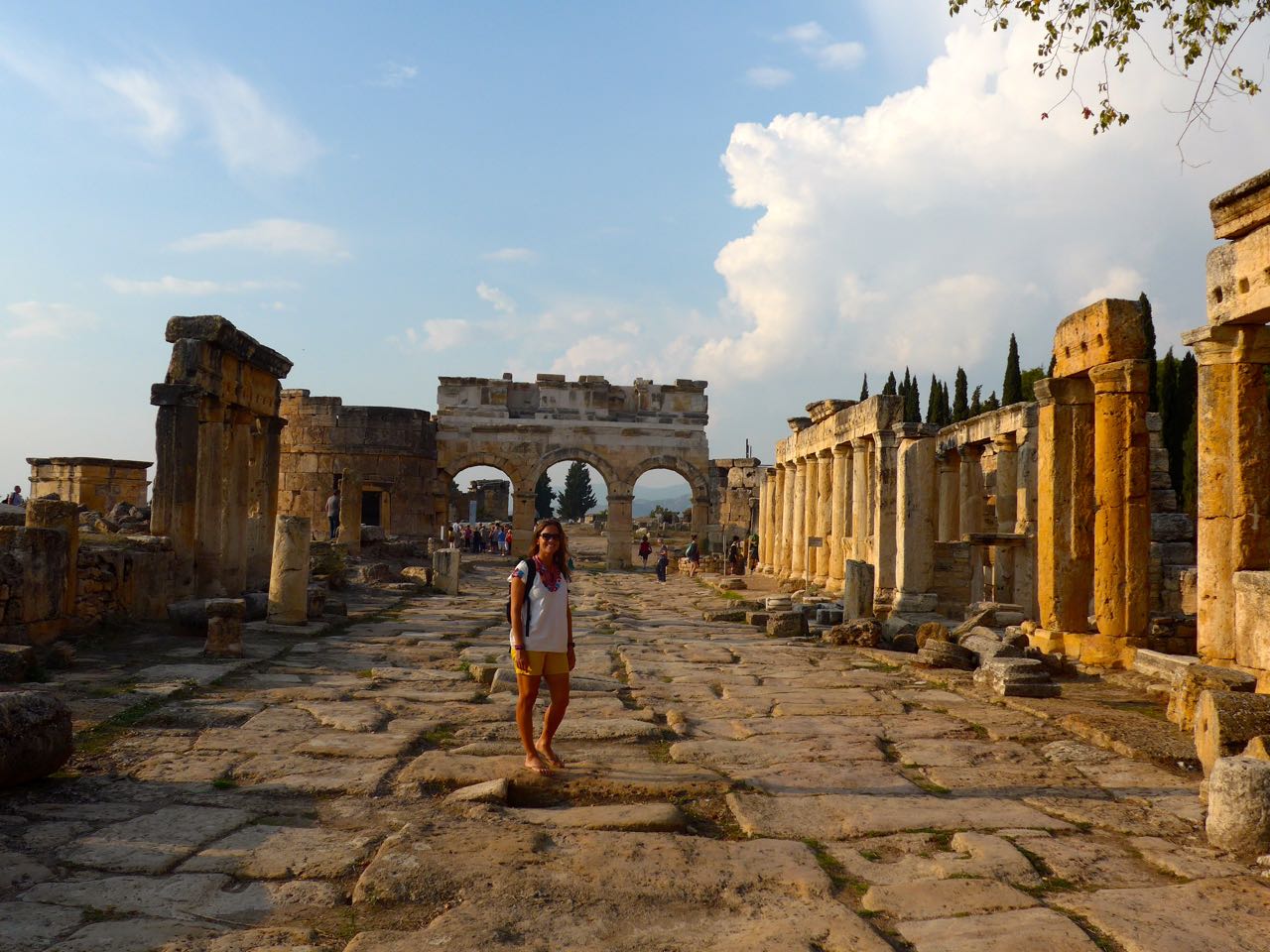 This cross is carved into one of the pillars of a church at the site where it was rumoured St Paul preached.  This ancient cross might be evidence? 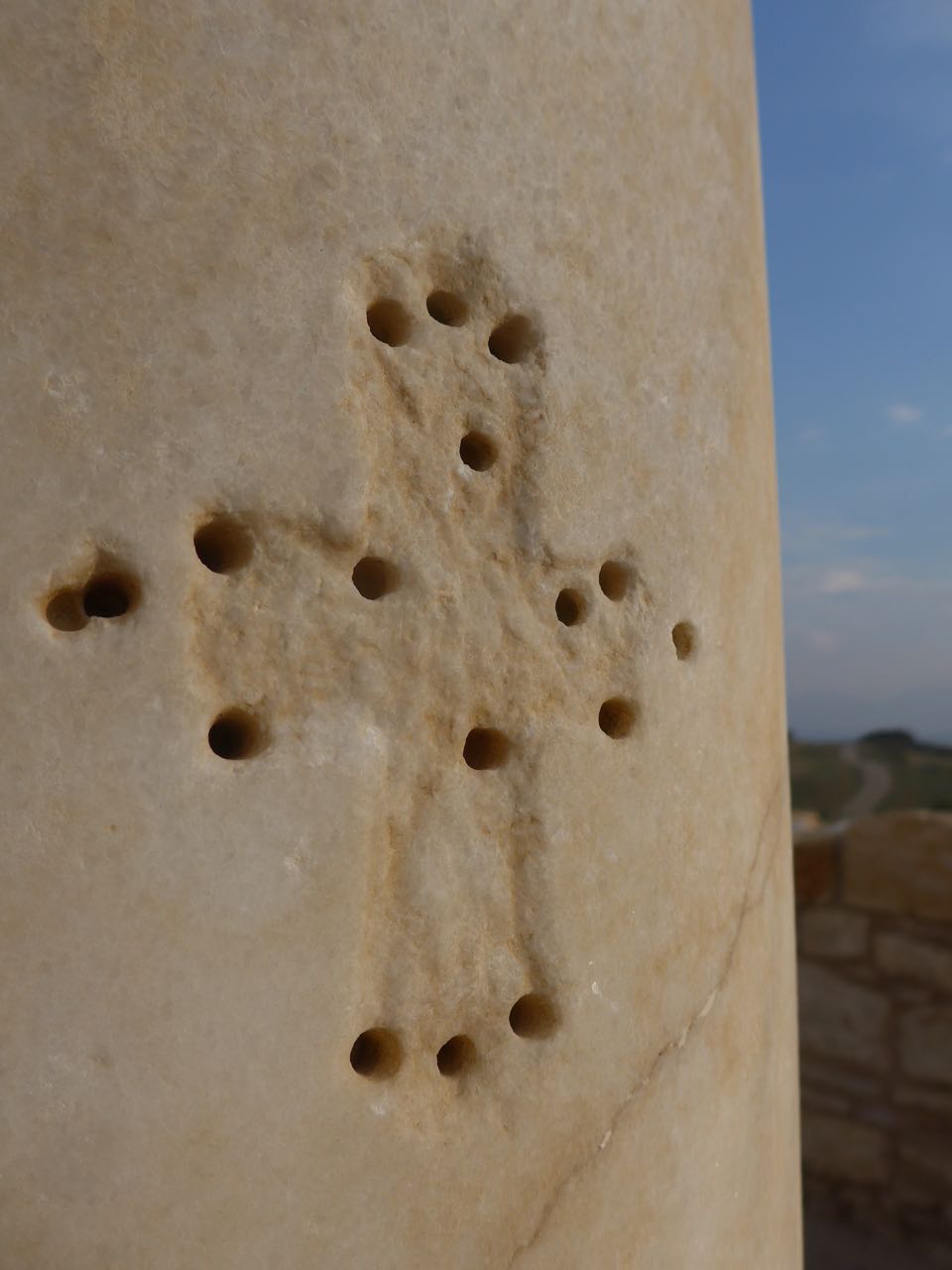 We were saving the best ruins for last at Ephesus, the second largest city in the Roman empire and the capital of the province Asia Minor.  It also is the most preserved ancient city in Europe.  We’ve been spoiled for choice when it comes to Roman ruins, so our favourite spot at Ephesus?  The latrines!  We haven’t seen anything like this before.  A communal toilet room seating up to 40 people, with a platform in the middle for musicians.  The marble seats are still intact.  Unfortunately they are roped off otherwise we would have taken a picture sitting on the loo. 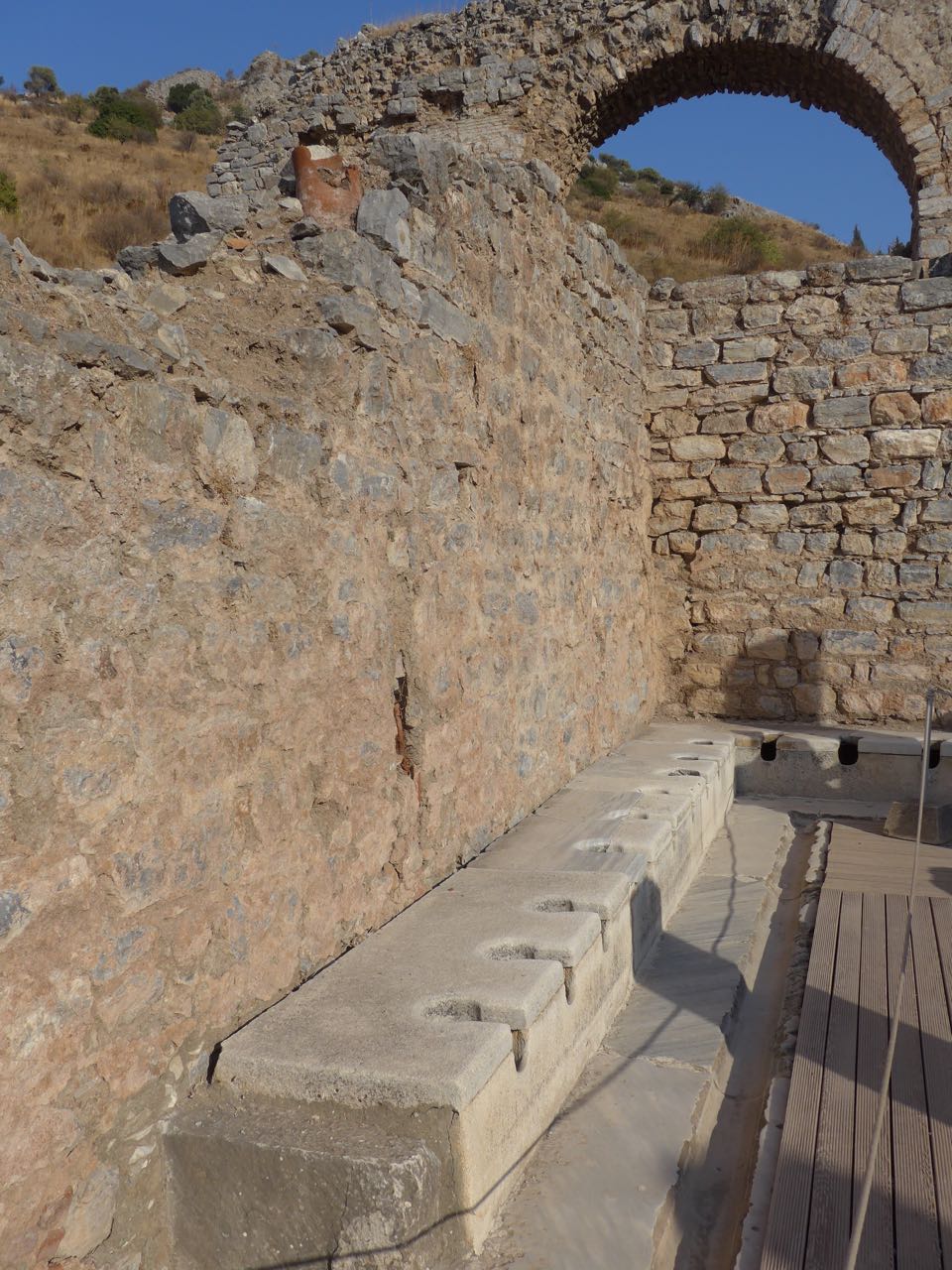 A close second favourite site was the famously restored library of Celsus.  Fun fact – this is where the book was invented!  Egypt was jealous when the library was being built, wanting Alexandria’s status as the largest library not to be challenged.  Egypt therefore refused to export papyrus to make scrolls.  No problem for the Romans – they invented parchment from animal skins, which were then stacked and bound to form the first books. 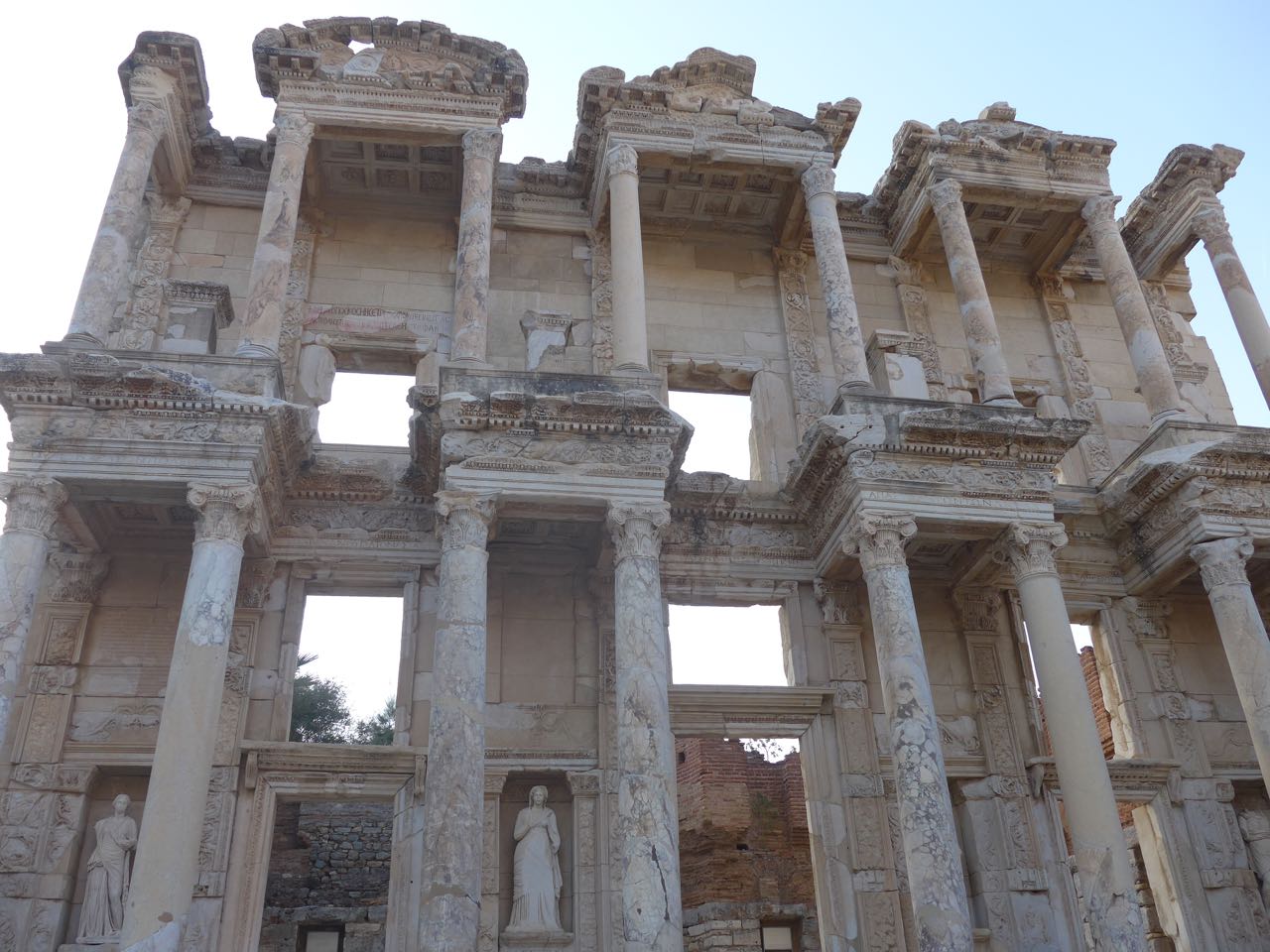 In parallel to modern day Turkey, where a statue once stood now resides a cat. 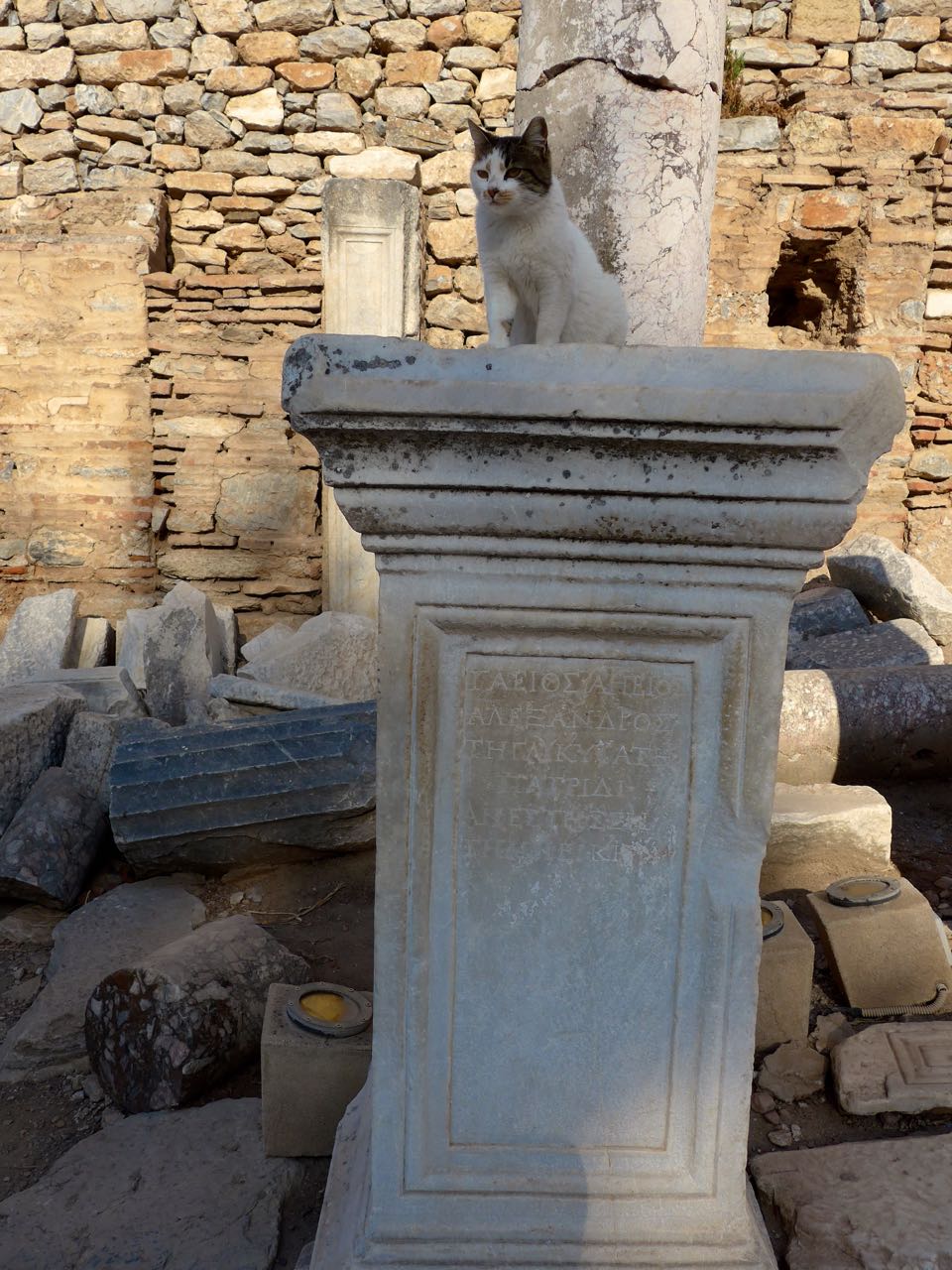 Second fun fact (last one I promise) – the word meandering was derived from this city where the River Meander would wind slowly and aimlessly, thus creating the definition of the word.

All this exploring was fuelled by the typical and easy to get Turkish favourite – shish kababs, durum donors, tomato and cucumber salads, fresh squeezed pomegranate juice, cay (tea) and baklava.  Turkish food is seriously delicious.

Here are some of or other photos from our epic days of exploring.