Our days along the beautiful Turkish coast weren’t super “blog-worthy” – waking up with turkish coffee and freshly squeezed pomegranate juice, hopping on bikes over to the beach, going for long ocean swims, rehydrating with Turkey’s beer Efes and more fresh pomegranate from a nearby tree, snacking on some “gozleme” (Turkish pancakes), then dining at our organic lodge on fresh fish or stuffed eggplant.  Once we learned to ignore the 4 am rooster calls and the 5 am call to prayer, it was the definition of relaxed. 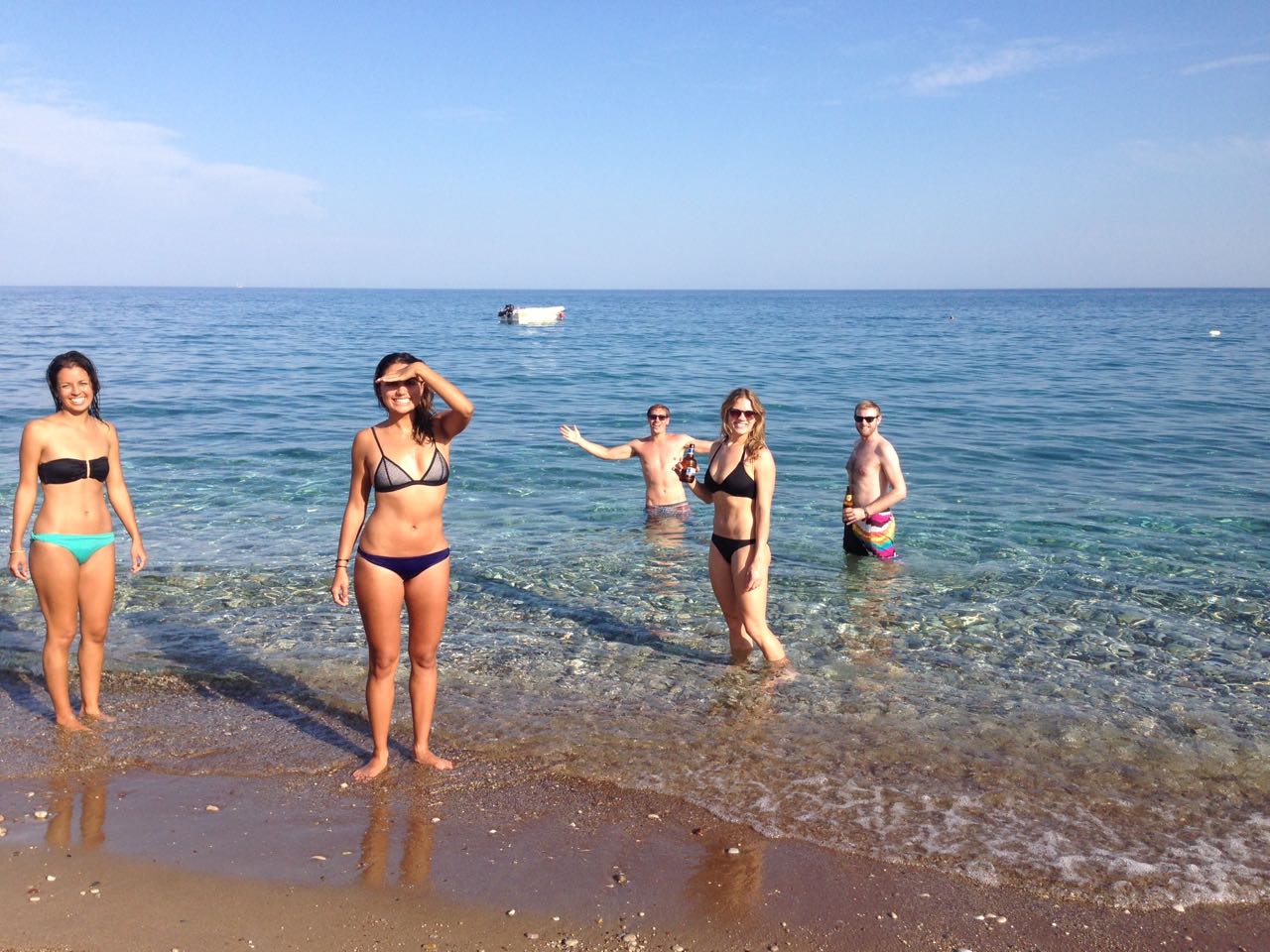 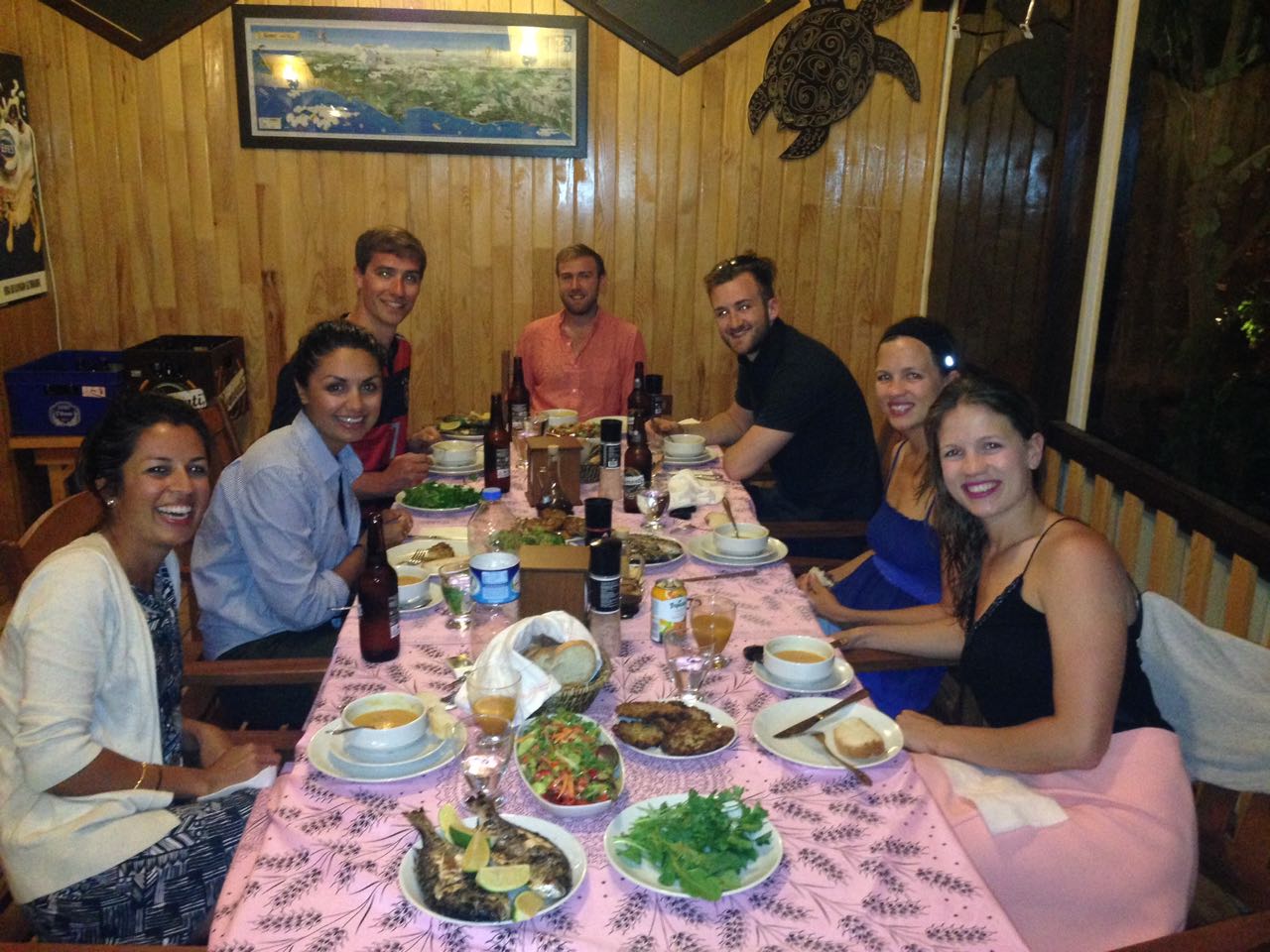 We returned back for gozleme a few times to our favourite local restaurant.  Here she is making the dough before it’s filled with cheese, parsley, or meat before being cooked on what looks like an inverted wok. 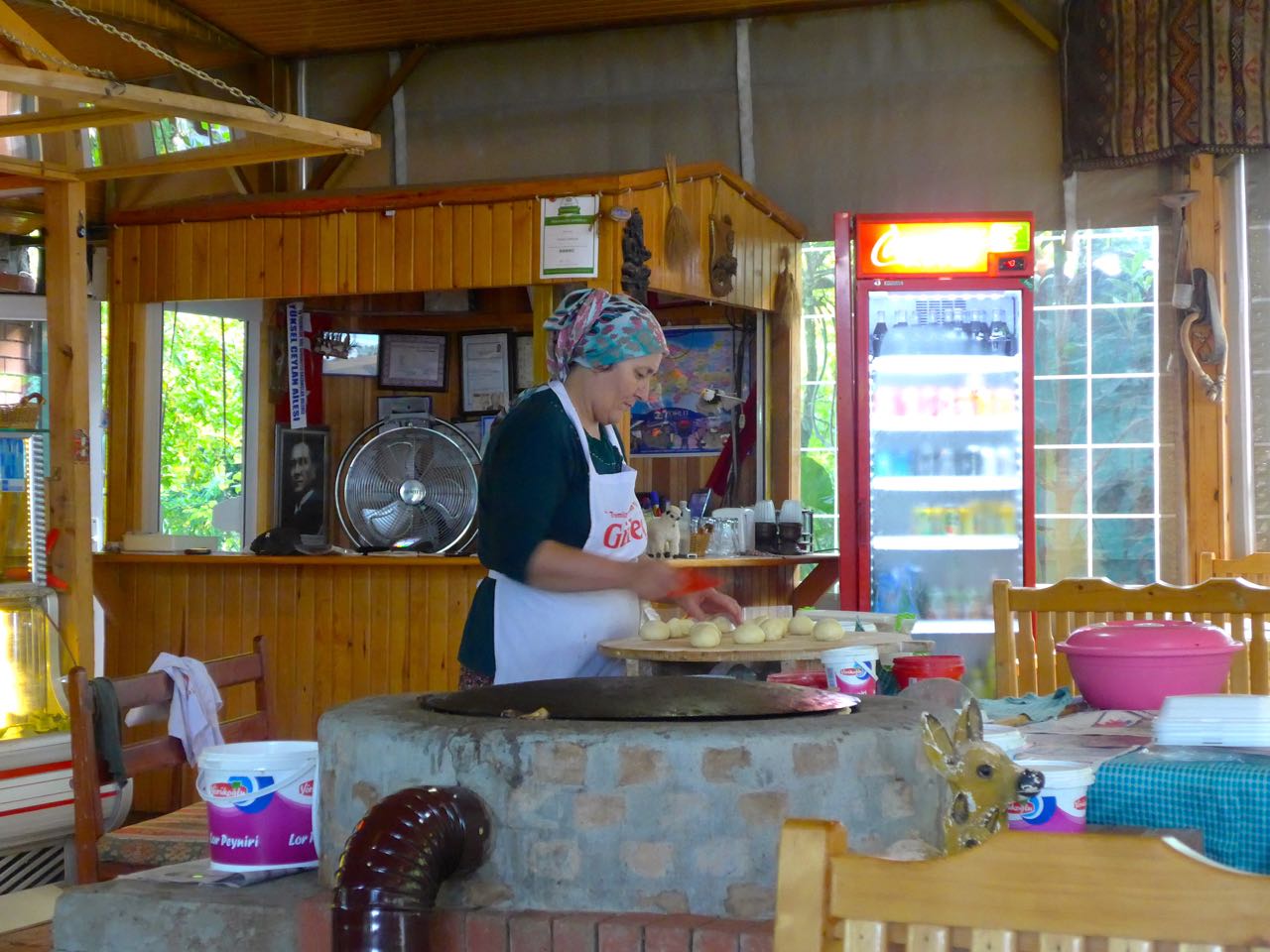 Completely unrelated, but did you know chickens sleep in trees? 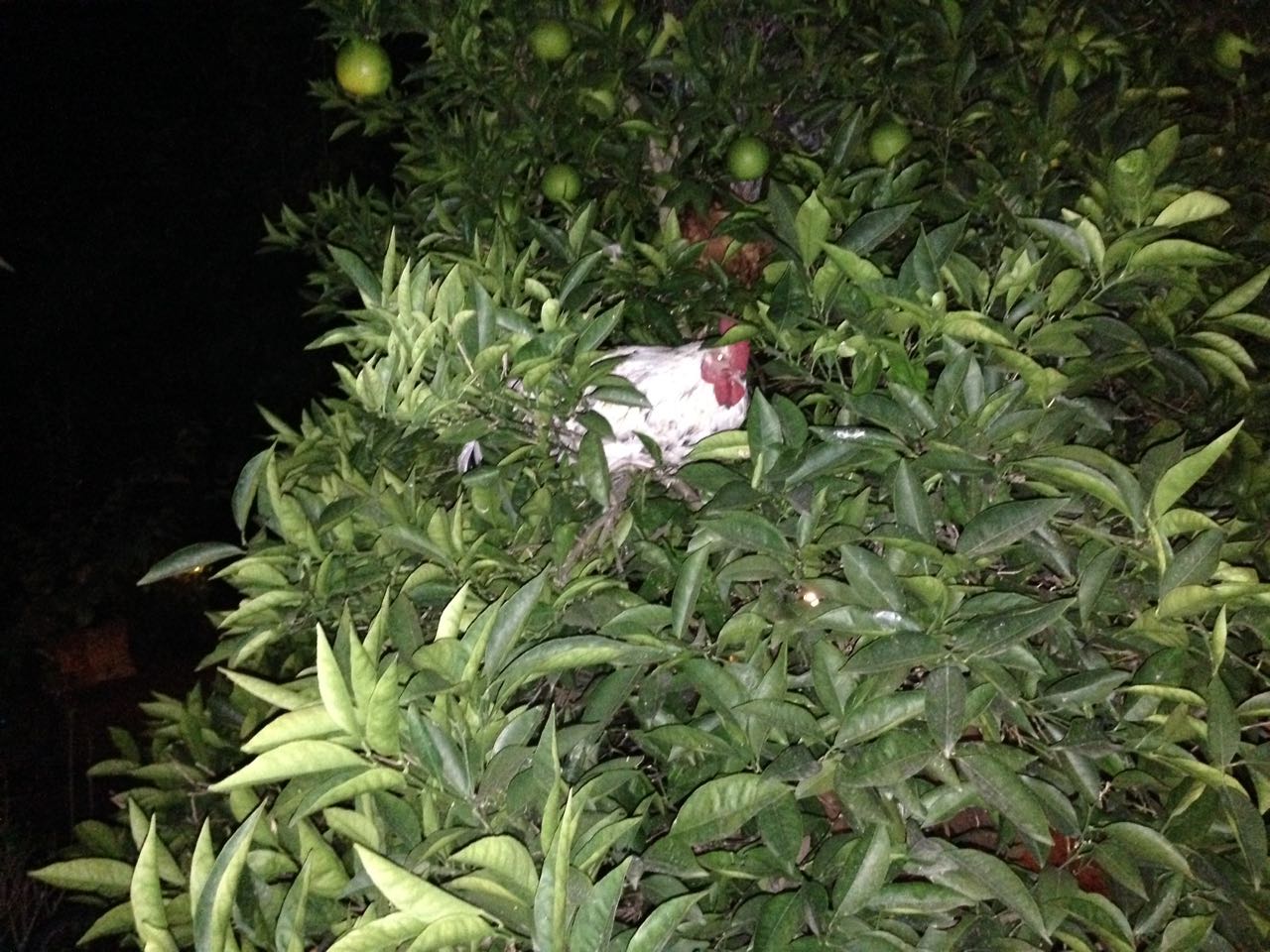 A few more active endeavours were interspersed with our laziness.  Hiking along part of the Lycian Way, a famous ancient long distance way, gave us some incredible views of the coast. 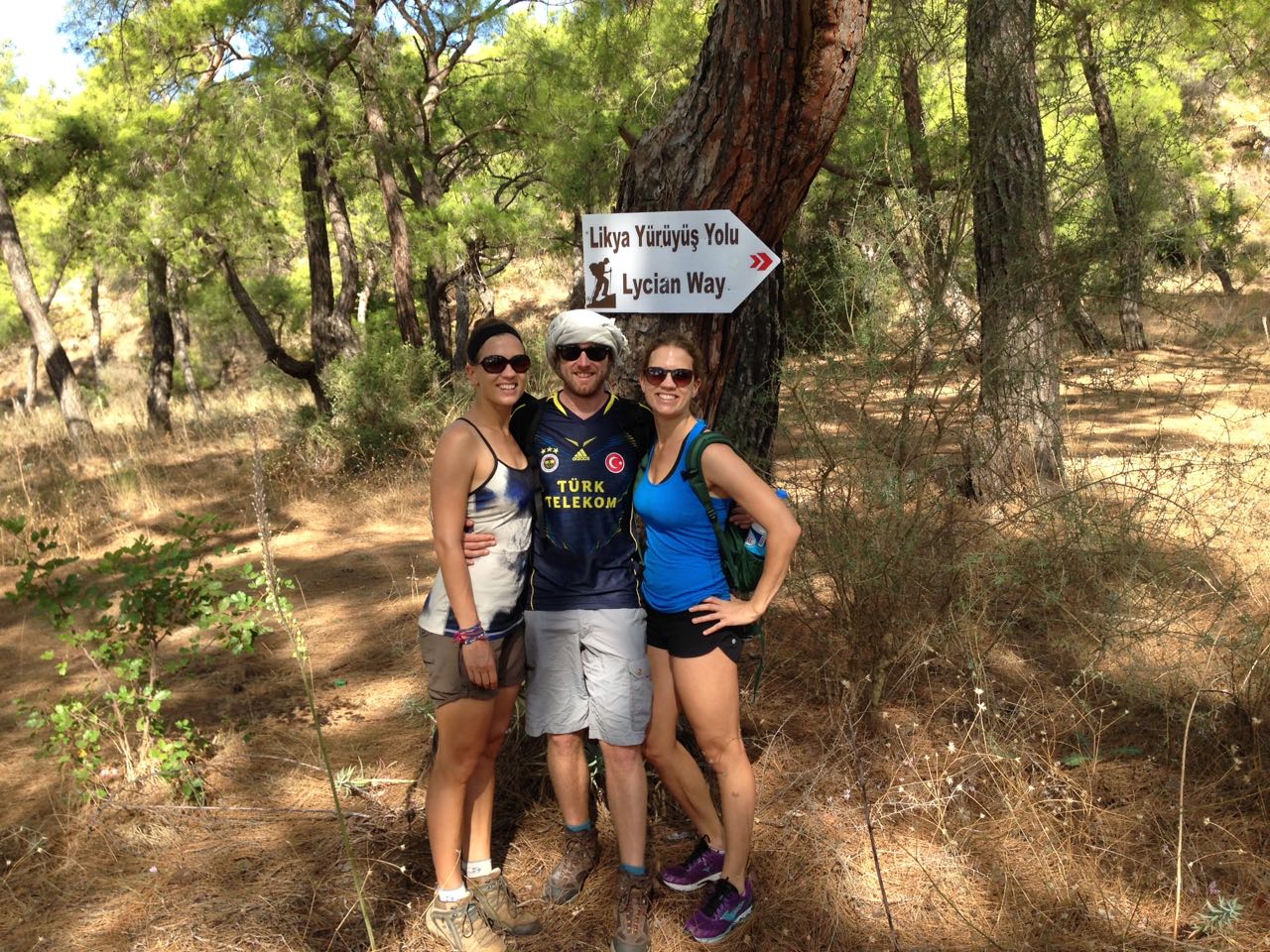 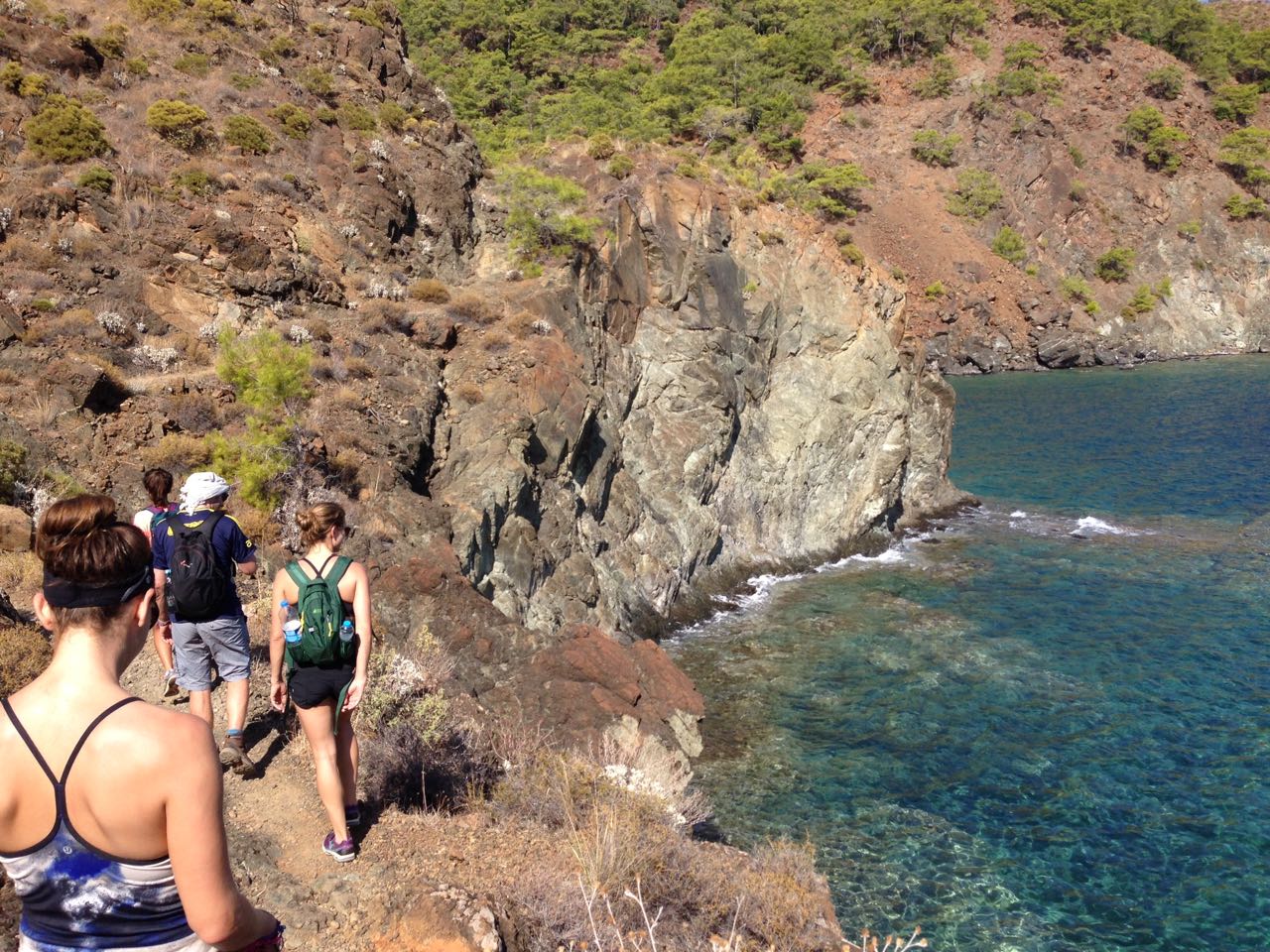 We also did a nighttime climb to see the chimera fire rocks, a potential inspiration for Homer’s Illiad?  Methane and other gasses escape out of little holes in the rocks – where there was no fire, you could start one with a burning stick.  Sean tried this and happily we lived to tell the tale. 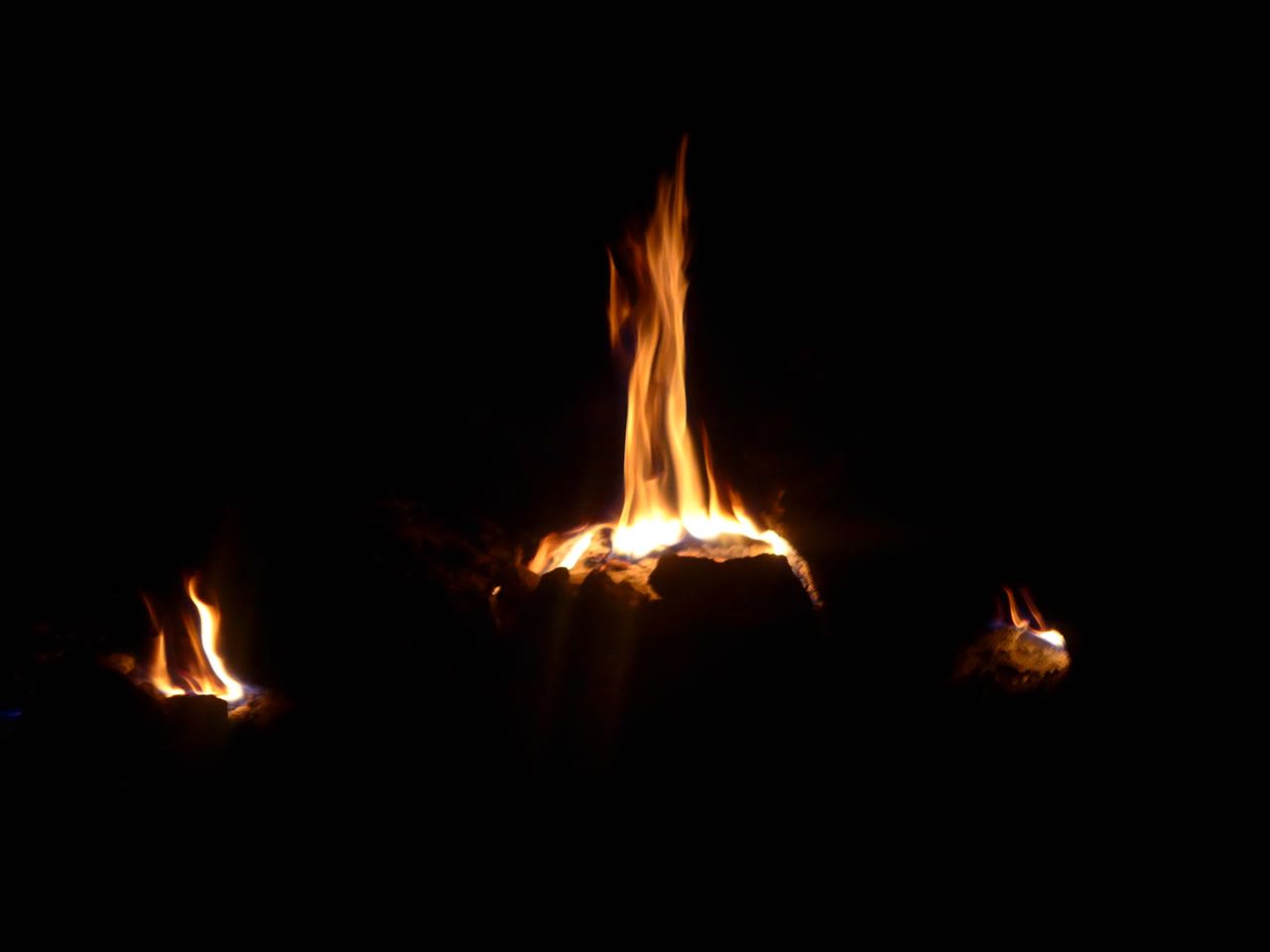 Finally we checked out some ruins in neighbouring Olympos dating back to 300 AD from the Lycian peoples, one of the major cities in the Lycian league but completely abandoned by the time the Ottomans showed up. 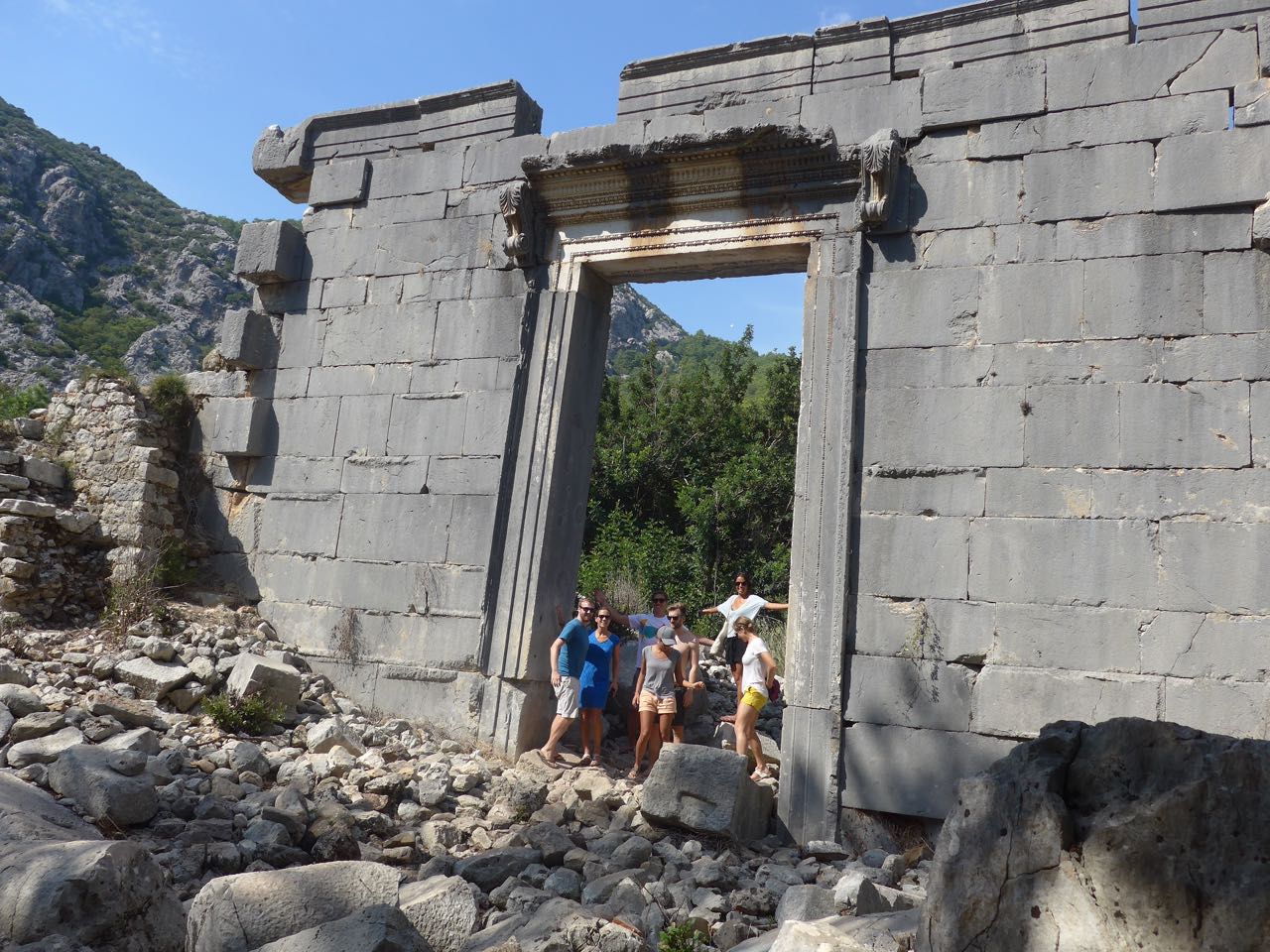 Some of our friends left at this point, leaving us with Claudia and Dan.  We continued on to Kas (pronounced “cash”).  Same beautiful coastline, this time on Turkey’s most beautiful beach where we spent an hour jumping in the waves. 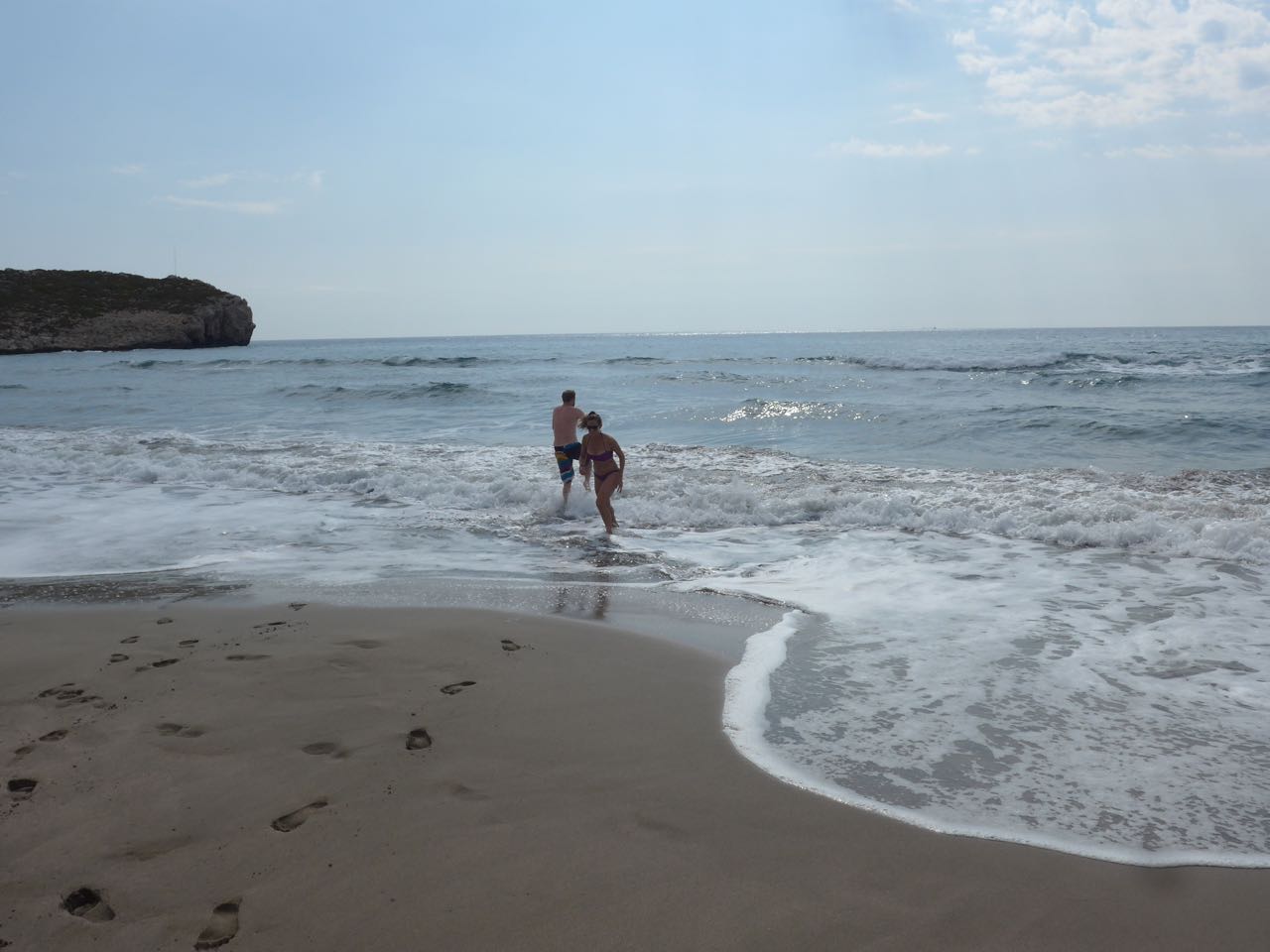 Claudia and I also reunited as dive buddies, and Sean and Dan had their first experience breathing underwater.  I think we’ve convinced them to get certified too.  One of the best ways to cool off after all the time in the sun has got to be the local Magnum flavour Pistachio – pistachio ice cream covered in chocolate with pistachio nuts. 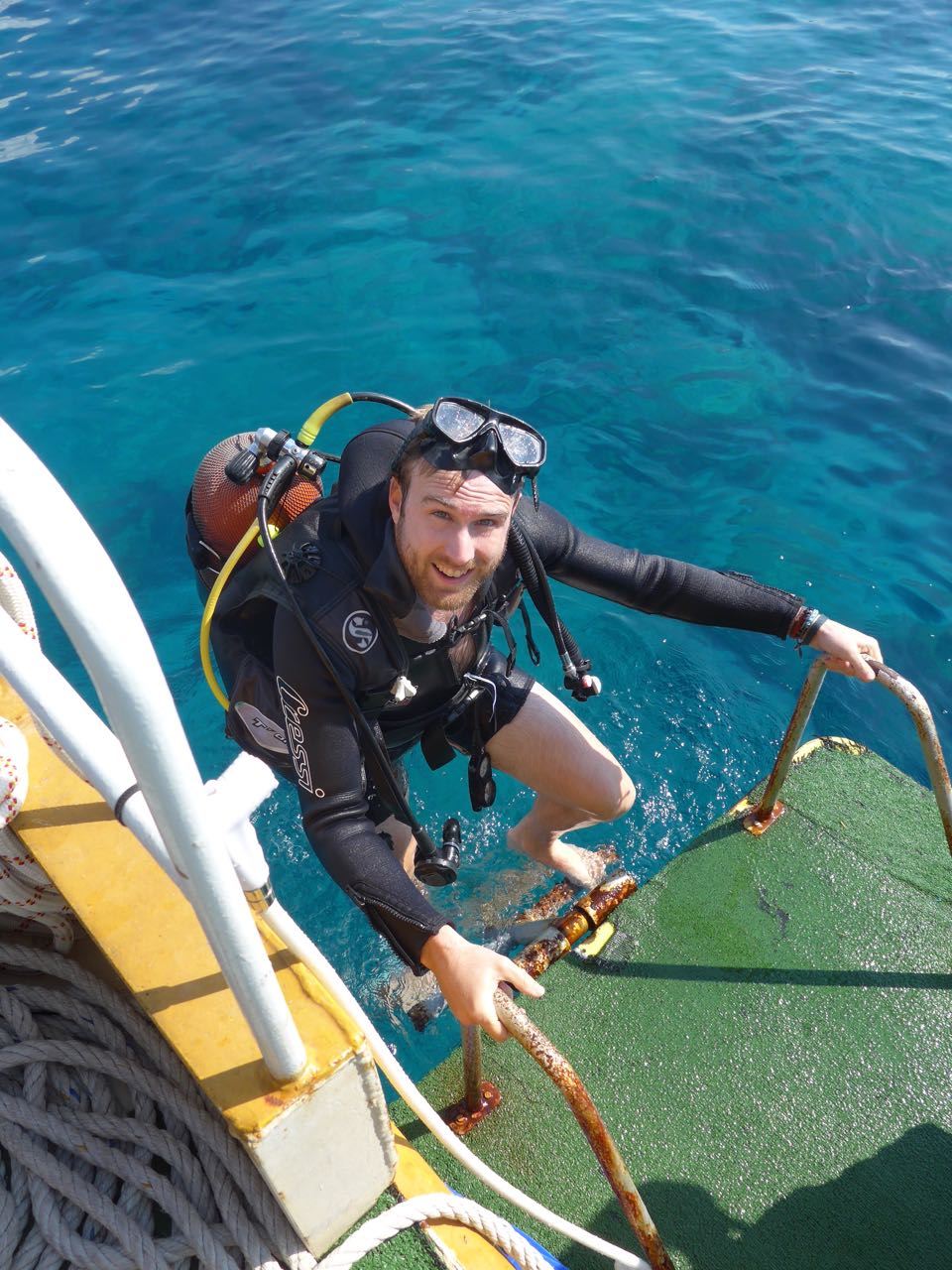 While walking around Kas, we heard a cacophony of honking and yelling getting closer.  A jeep came into view with a young boy dressed as a sultan, followed by at least 15 cars.  We assume this was part of a circumcision ceremony. 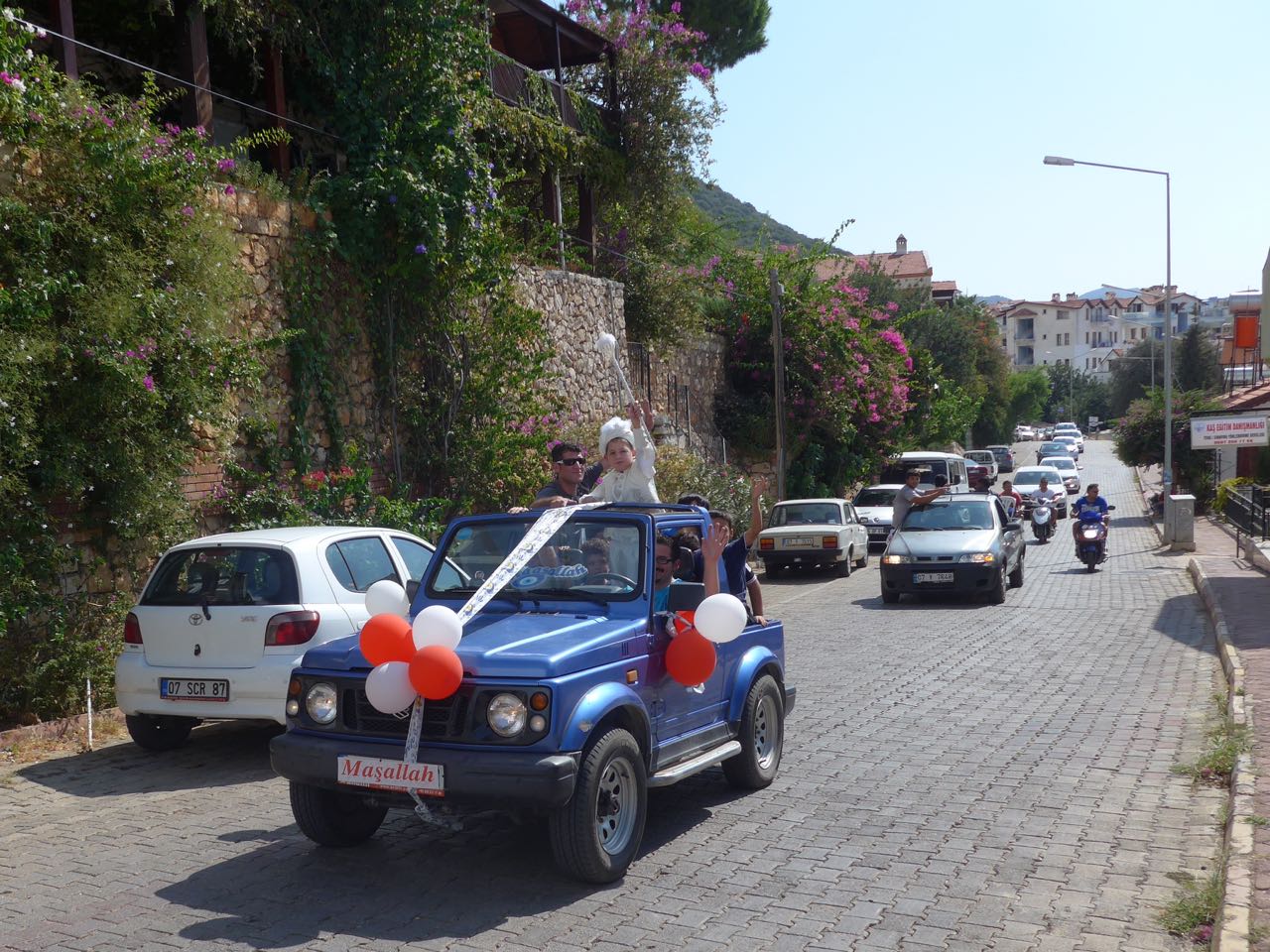 Traveling further down the coast, we cruised to a spot where we hiked in a beautiful valley, saw the ancient ruins of St Nicholas (yes, Santa Claus!), and horsed around jumping off the boat. 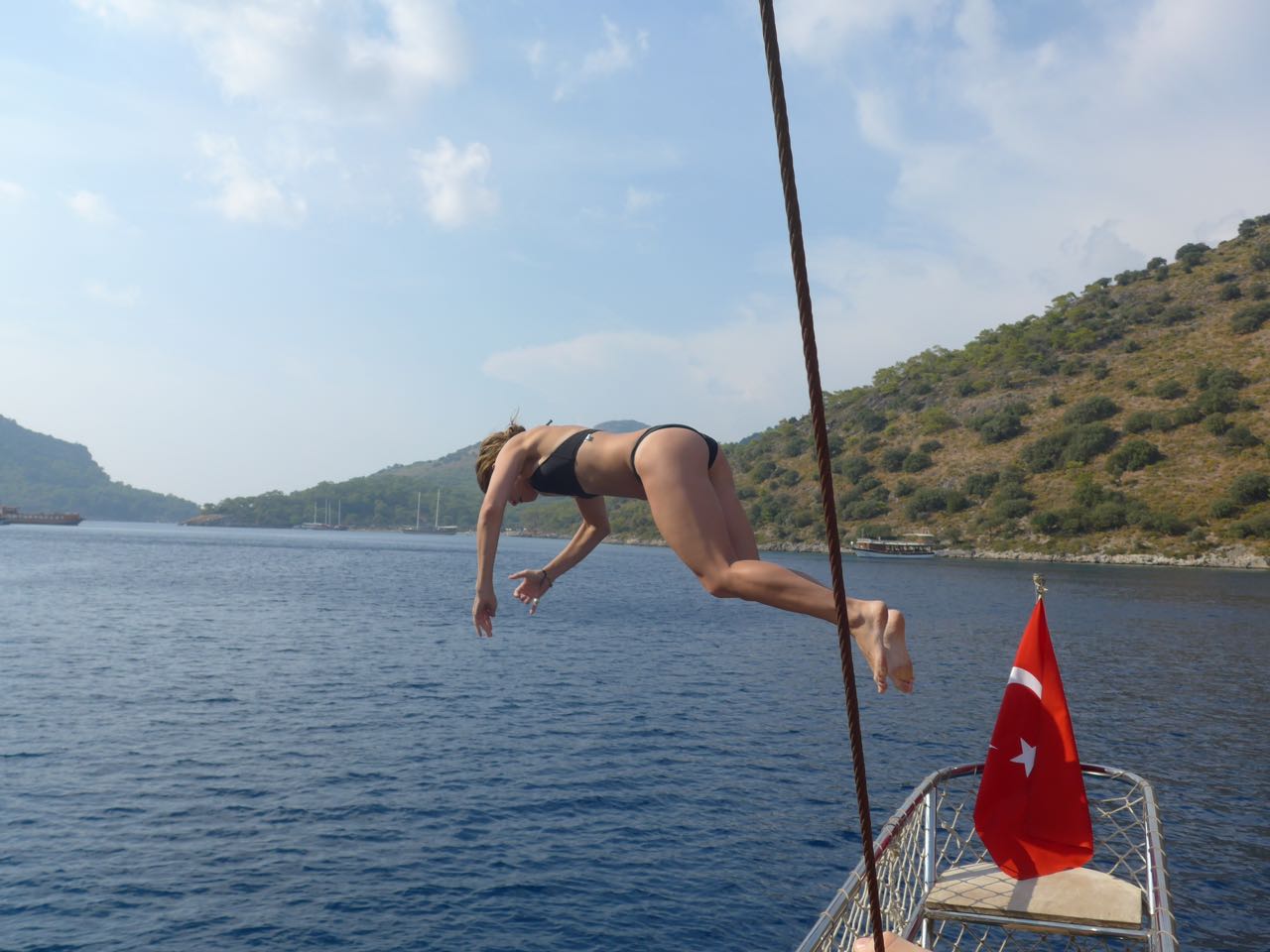 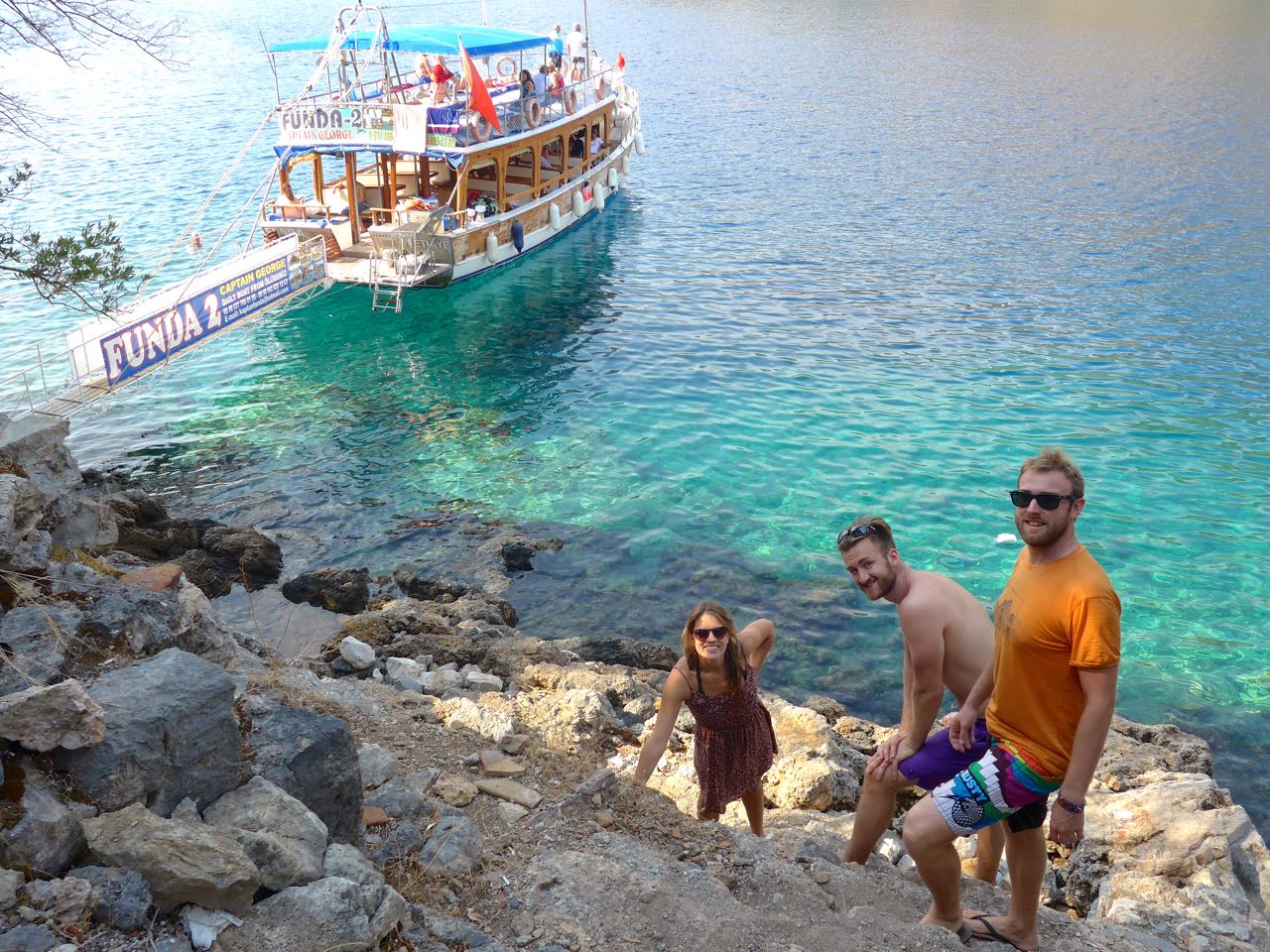 After some last baklava and an epic pide (Turkish pizza) and a questionable salty yogurt/water drink they love here, we sent Claudia and Dan back to London and continued on our way.  We’re going to miss our travel buddies!

One thought on “Turquoise Turkey”