Istanbul is a fun city, but with friends it’s even more fun.  We all knew each other one way or another: Claudia, Dan, Rachel and Craig from London, Rachel’s sister Jocelyn from Vancouver, and our recently relocated to Toronto friend Derek.  Photo credit goes to some of them for the pictures below.

Everything we ate in Istanbul was delicious, and it all started with breakfast.  Here we were introduced to the Turkish version, which so far reigns as world breakfast champion (we’ll see if it holds through the rest of our travels).  Scrambled eggs with tomato, cheese and spinach “pancake”, fresh cucumber and tomato, homemade olives, usually two types of fresh cheese, fresh pomegranate and orange juice, and turkish coffee.  Nom nom nom.  The perfect antidote to our Saturday night (see below). 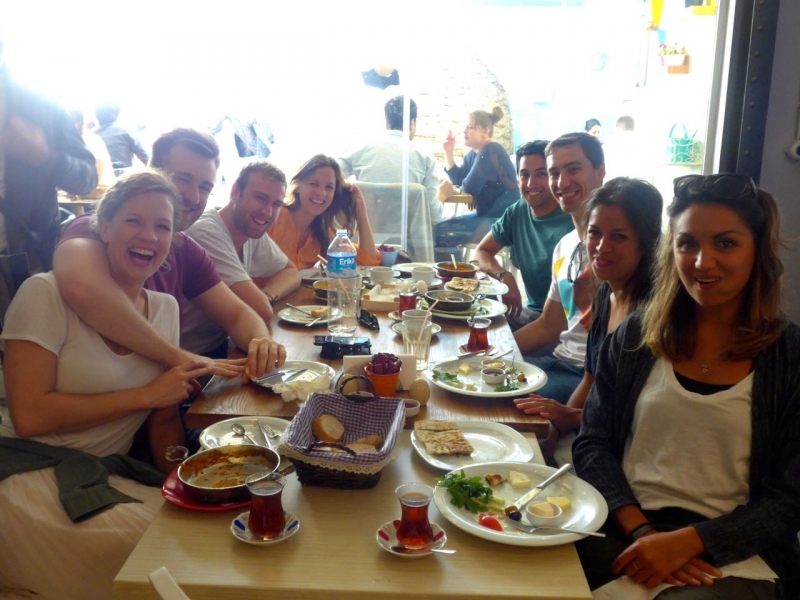 After breakfast, you can grab a street snack of simit which has a texture very similar to a bagel and is covered in sesame seeds.  Lucky for us the bakery supplying the street vendors was right by our apartment, so we got them fresh out of the oven.

With such a big meal to start the day, lunch was typically a durum doner – in the most touristed of areas, it was still only 3.50 CAD for a delicious wrap with warm chicken and fresh salad. Another food highlight was the vegetarian mezze – I never thought Sean would rave about white bean salad, smoked eggplant or spicy lentil soup.  Anything is possible.

Luckily Istanbul is big, with walking generating a large appetite for all this eating.  Every day we would walk across the bridge to the old area of town, checking to see if the fisherman lining the railings had caught anything good. 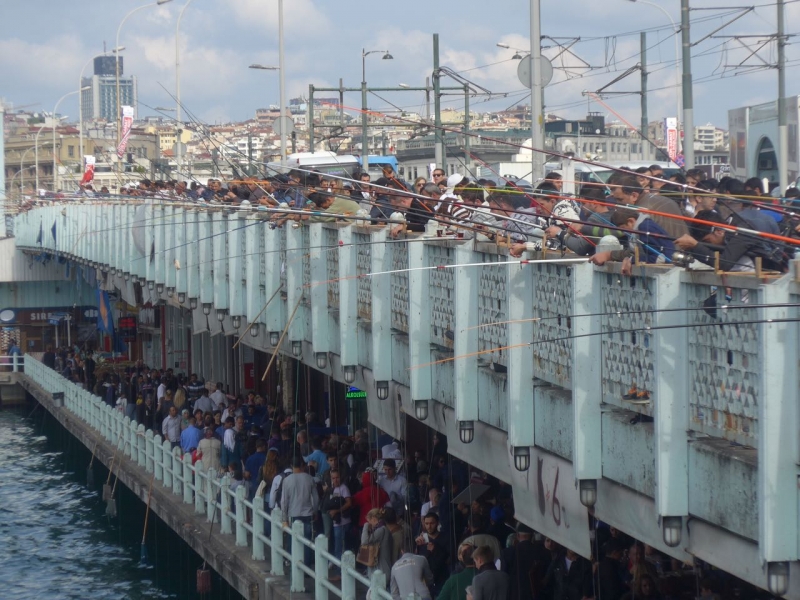 It could also get quite warm, when one might start to crave ice cream.  Dan fell into this very trap, apparently failing to observe the ice cream vendors routine that the rest of us had caught on to.  They use a large metal rod to “scoop” the ice cream and more importantly to play tricks on the ice cream purchaser.  It was as if they guy knew Dan had no idea what he was in for because Dan was taken for a long ride, to the delight of a growing crowd of about 30 locals and tourists who laughed alongside with us as he was taunted with ice cream.  We thought it was high quality entertainment, Dan definitely did not agree.  Here’s Dan about to get ice cream in the face. 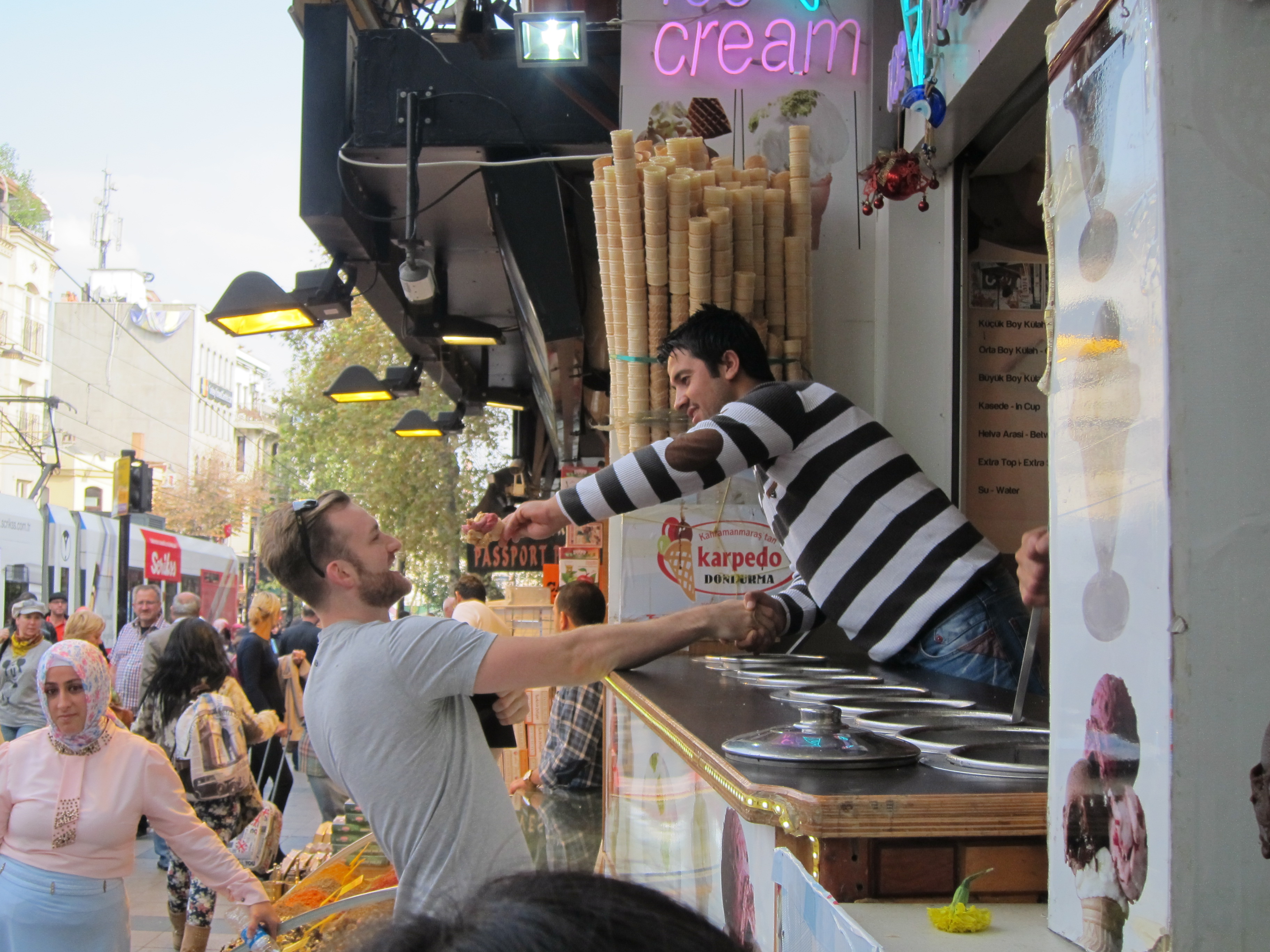 Our first night together was on one of Istanbul’s famous rooftop clubs.  We had a blast dancing and watching over the city. 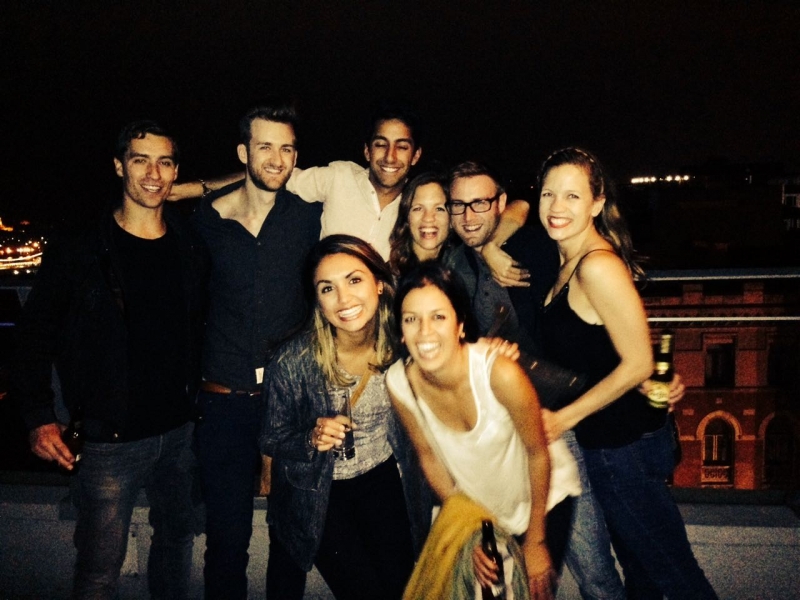 Luckily this didn’t slow us down too much.  We had to see the Aya Sofya, what some say is one of the most ornately decorated buildings in the world.  It was started as a church, converted to a mosque, and is now a museum.  Throughout the hallways, the brilliant gold pattern mosaics lined the way and an image of Jesus still survives after being covered up for centuries. 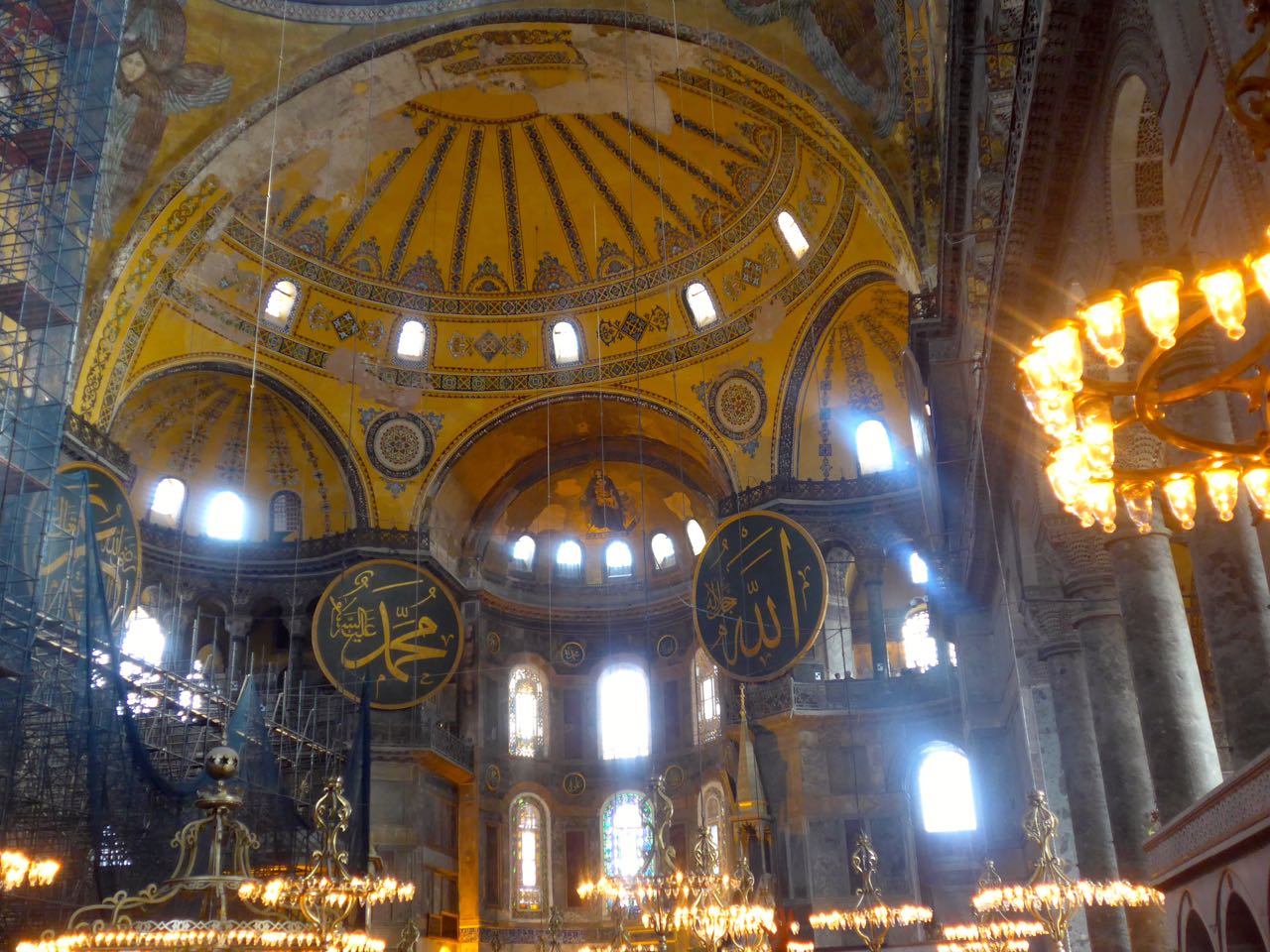 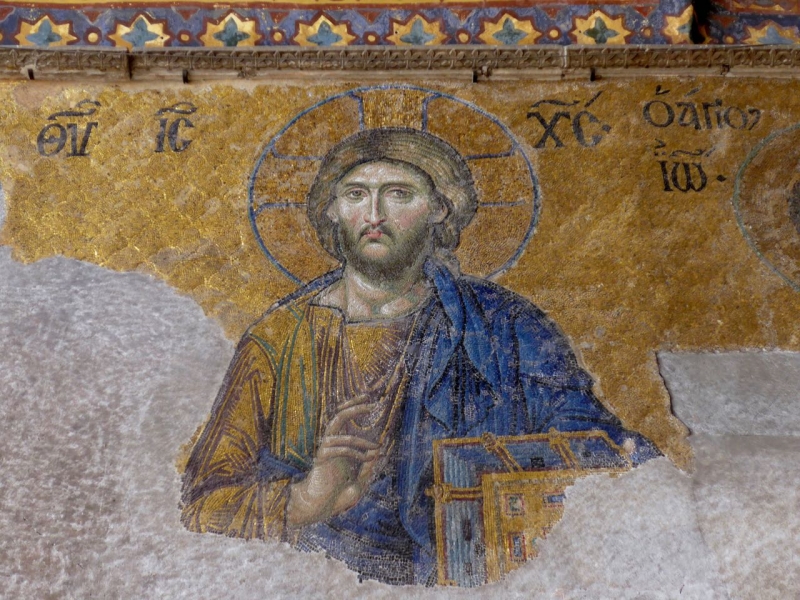 After the Aya Sofya, we went pretty much across the street to quite a different site – an ancient underground cistern.  Cisterns were critical a thousand years ago when Istanbul had to ensure a water supply if the city was sieged.  Apparently the Byzantines didn’t think too much of the Romans as they used sculptures of medusa heads as foundation blocks for columns. 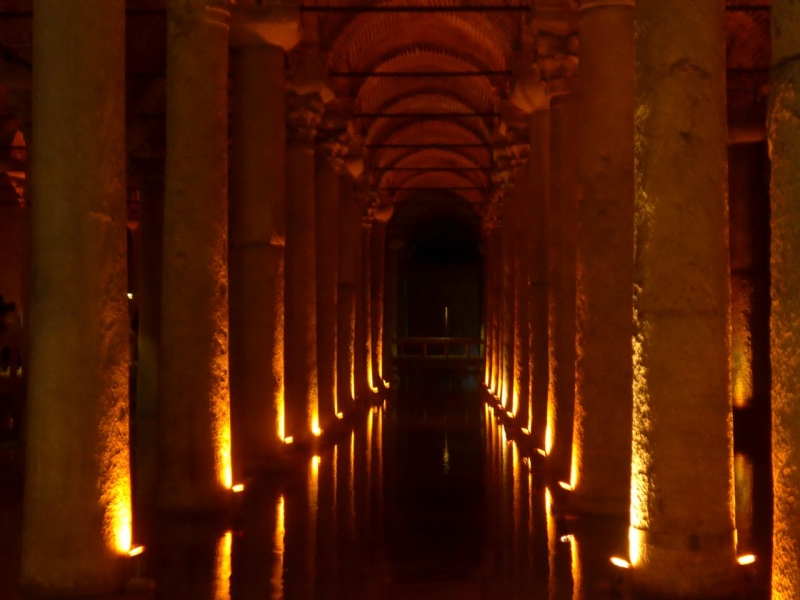 Sean and I also snuck off to a museum of mosaics, with surprisingly impressive images preserved for over 1000 years.  We were drawn to these kids riding a camel for some reason. 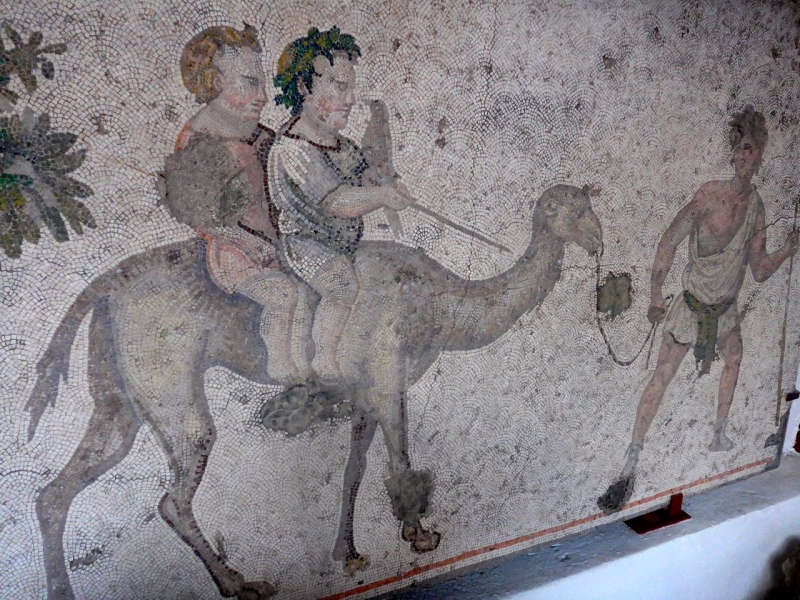 We had to see how the Sultans lived, so we went to Topkapi Palace.  Unfortunately we got a better idea of what it’s like to be surrounded by thousands of cruise ship tourists, but the views were nice and the tiles were beautiful. 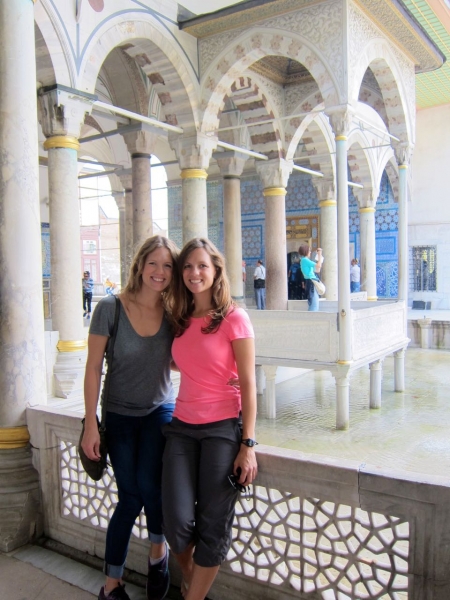 The tiles were also incredible at the Museum of Archeology. 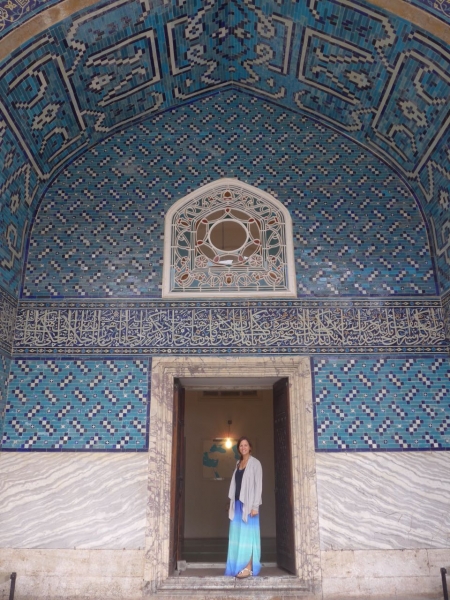 The Blue Mosque, the biggest of the Ottoman mosques, was as impressive we thought as the Aya Sofia. 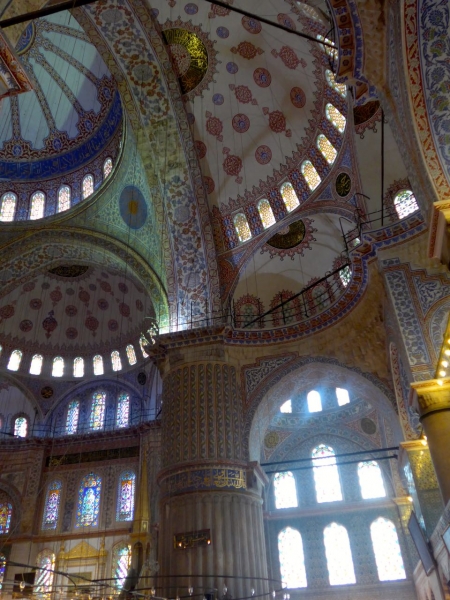 They say cruising the Bosphorus River is essential, so we hopped on our boat as the sun set, sipping tea as palaces slipped past us on the left and the right. 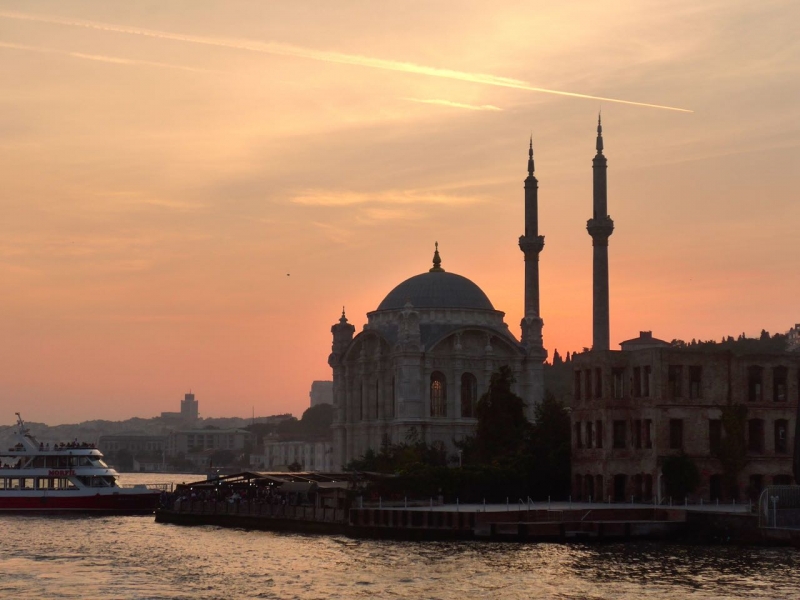 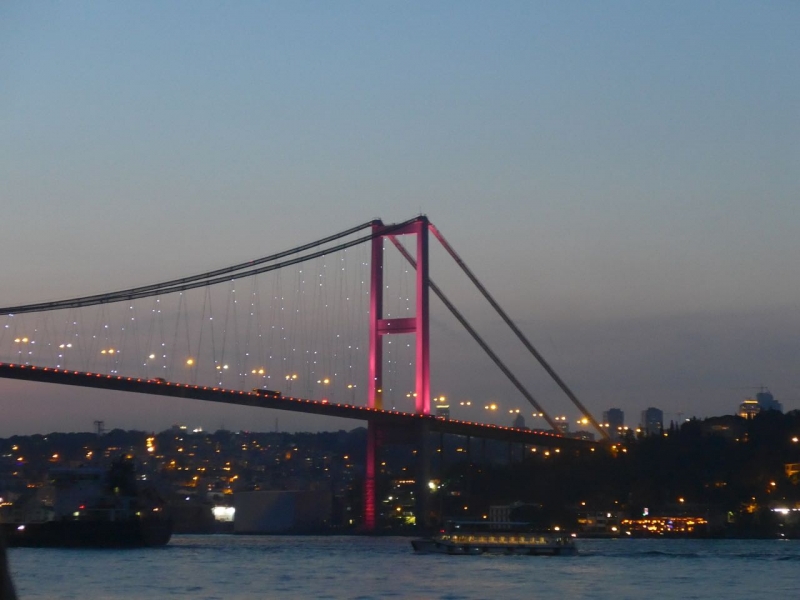 Istanbul can be very busy as you can see from this picture – walking through the spice market, you only smelled the odour of the five people you were simultaneously pressed up against instead of the spices around you. 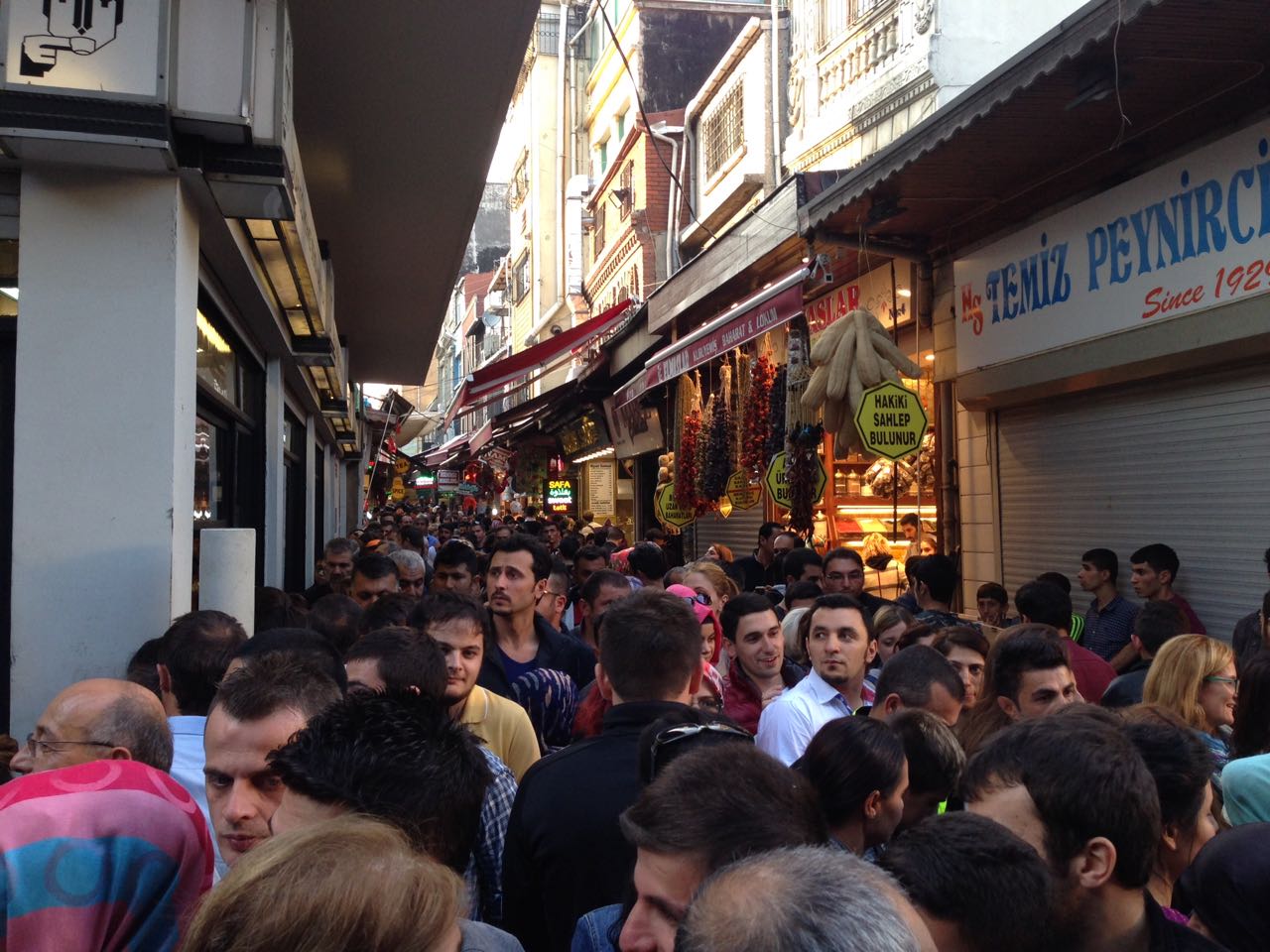 If Istanbul gets too overwhelming, a charming cat is never far away to make things better.  We got a little lost trying to find our apartment, but Claudia was happy to wait outside when a cat jumped on her lap. 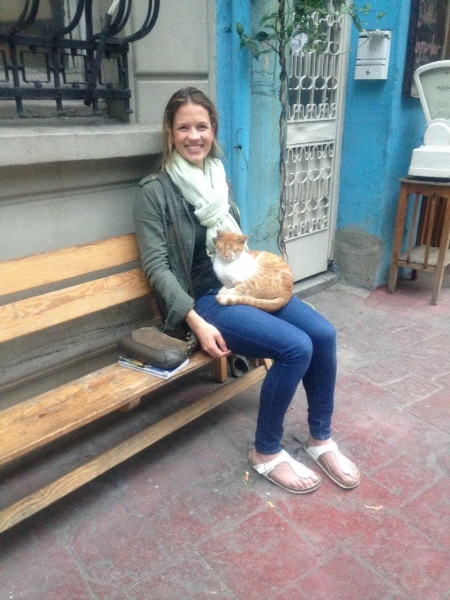 Apparently we aren’t the only ones smitten with the kittens.  I love how the little boy is wielding this poor cat.  Our friends Craig and Jocelyn are wondering how this is going to end up. 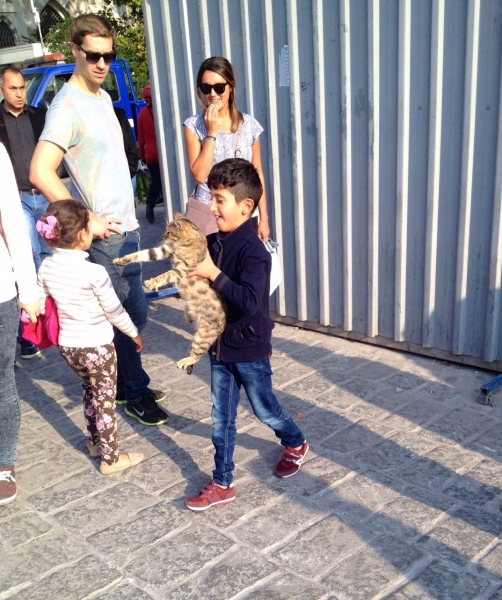 Istanbul was one of the places we were most looking forward to on the trip, and while it wasn’t exactly what we were expecting (as is the case with most places!) it was exciting and interesting, and worth a trip back.

3 thoughts on “Istanbul with a little help from our friends”