We had just left the ancient fortified city of Pitigliano, enjoying this beautiful view as we climbed up the hill to our campground. 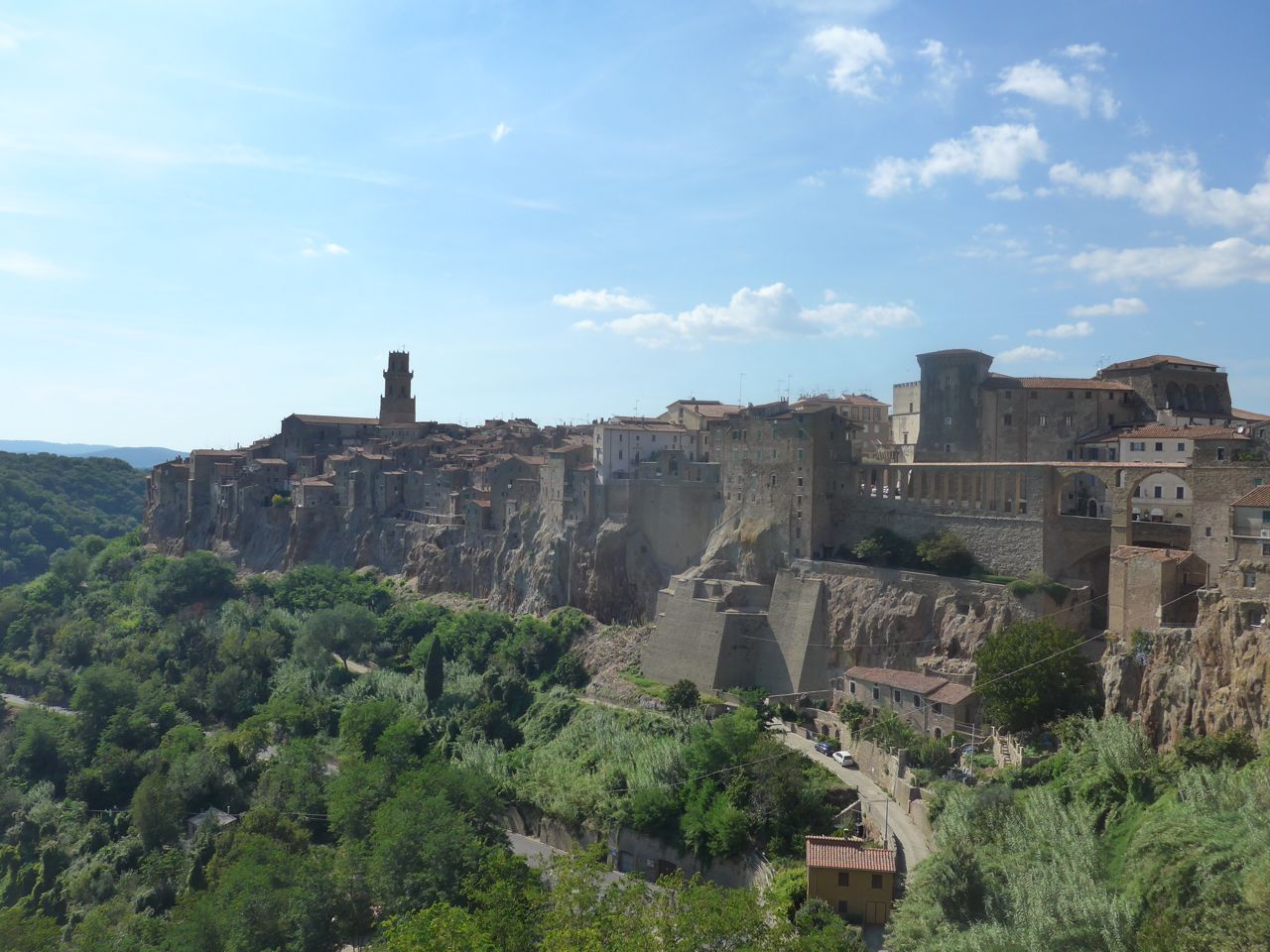 Our host told us to go check out a neat sight nearby – abandoned caves inhabited in the 1700s and two crumbled castles from the days prior to Italian unification when the city states fought each other.  Off we went, arriving at the tiny town and following a small road out to the caves.  As we started to head into the woods with ancient caves still in use, we found a car blocking the dirt road. 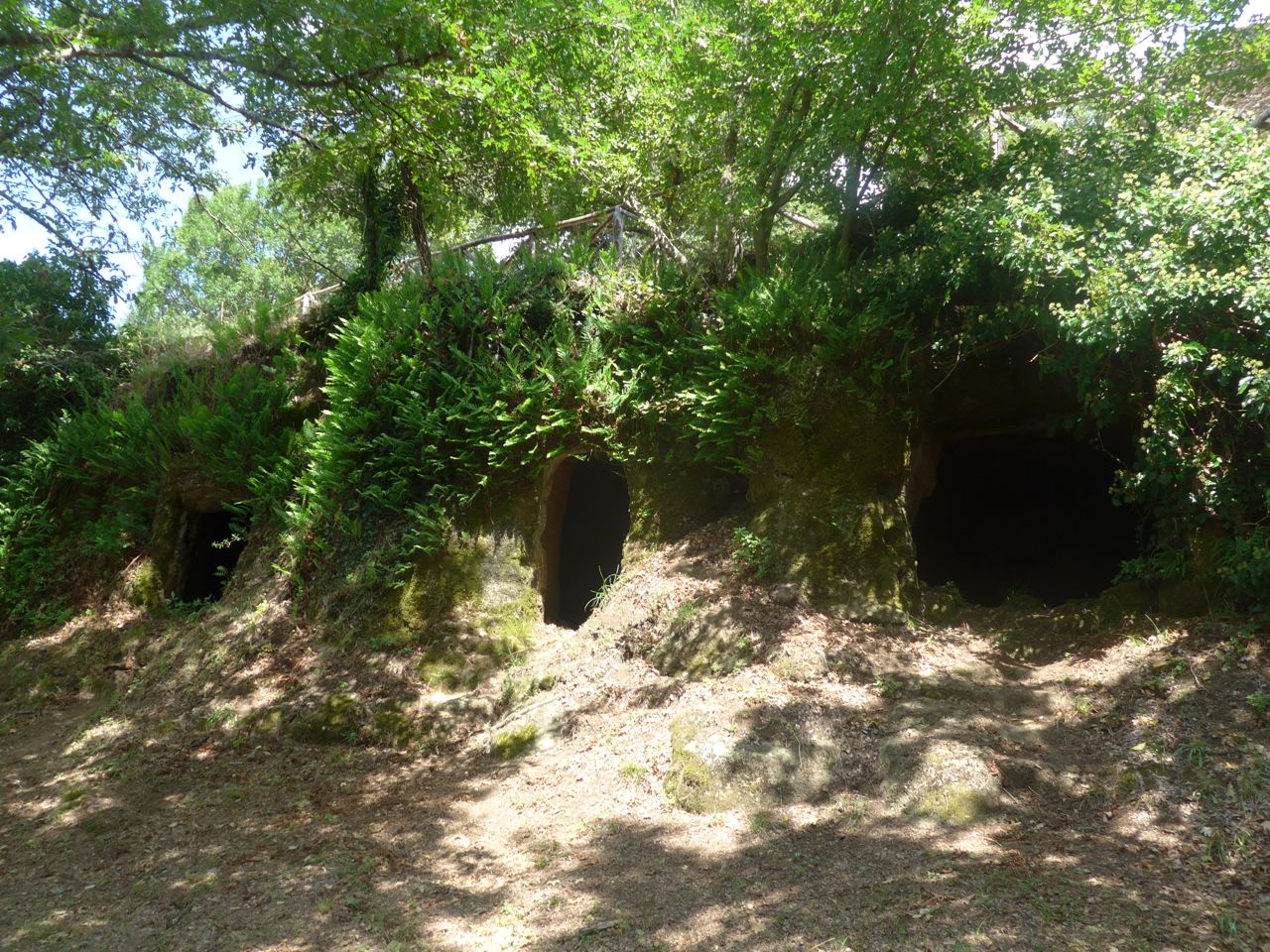 We slowed down to navigate our wide loads around the car, when we found two old Italian men hanging out in one of the caves.  They started chatting in Italian to us, and when we could squeak a word in we regretfully told them “no parlo italiano”.  But we managed to communicate with hand gestures and smiles.

One of the old men got up off his stool and started gesturing at Sean’s water bottle, seemingly telling him to empty it.  So Sean obligingly did, and the old man took the water bottle and disappeared into the cave!

A few moments later, he re-emerged with a water bottle full of red wine.  Again, he started gesturing, this time to drink it.  We took a few sips, and it was surprisingly good.

Sean rummaged through his front handlebar bag for one of our Canadian flag pins we give to nice people we meet along the way.  He was so excited to get this little gift that he again, took the water bottle this time returning with it overflowing.

Things like this only seem to happen when you are traveling on a bike.  Italy continues to charm us.

The caves and castles were pretty cool, too! 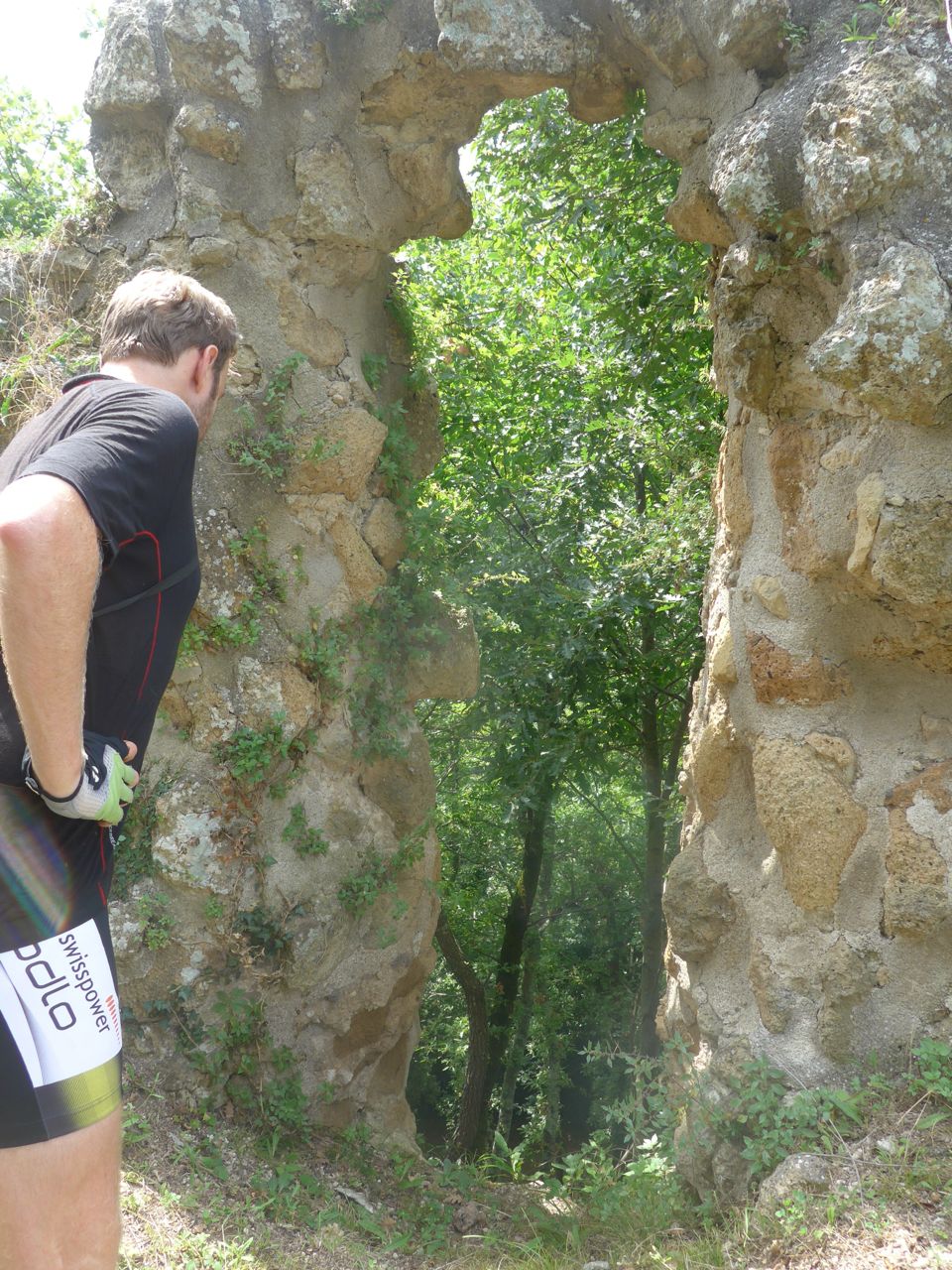 One thought on “That old man stole our water bottle!”