We biked along the nicely flat but slightly boring Po River from Milan to Bologna, quickly learning that Italians are quite charming.  While the biking wasn’t the most scenic, the people were friendly, the food was great and we covered a lot of distance, one day setting a new daily record of 125 kilometres.  This is tomato growing country, and it was harvesting season.  Every round-about we were dodging tomatoes which were flung from the tops of the tomato-laden trucks going round the corner.  Or maybe people have tomato fights in roundabouts? 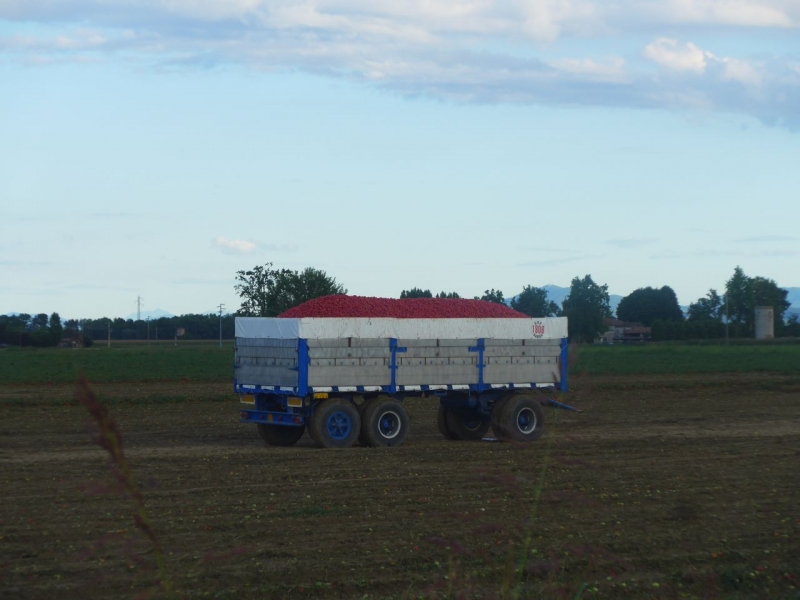 Lots of road bikers on the road pull up beside us to say ciao and ask where we’re going before whizzing off again in their fancy team gear.

We also discovered Italian coffee, following the lead of the locals by taking our espresso at the bar.  One cafe we found on the side of the road had about 25 old Italian men sitting outside, so we knew it had to be good.  We walked in to a chorus of ciaos (which actually means hello and goodbye), and a few came to talk to us. their questions translated by the barista.  After they paid for our espresso,  we continued on our way.

Yes, the gelato and pizza are really that good.  A perk of bike touring is stopping in the smaller, less touristed towns which makes finding delicious homemade Italian specialties easier.  The other perk is that exercising every day means you can eat what you want! 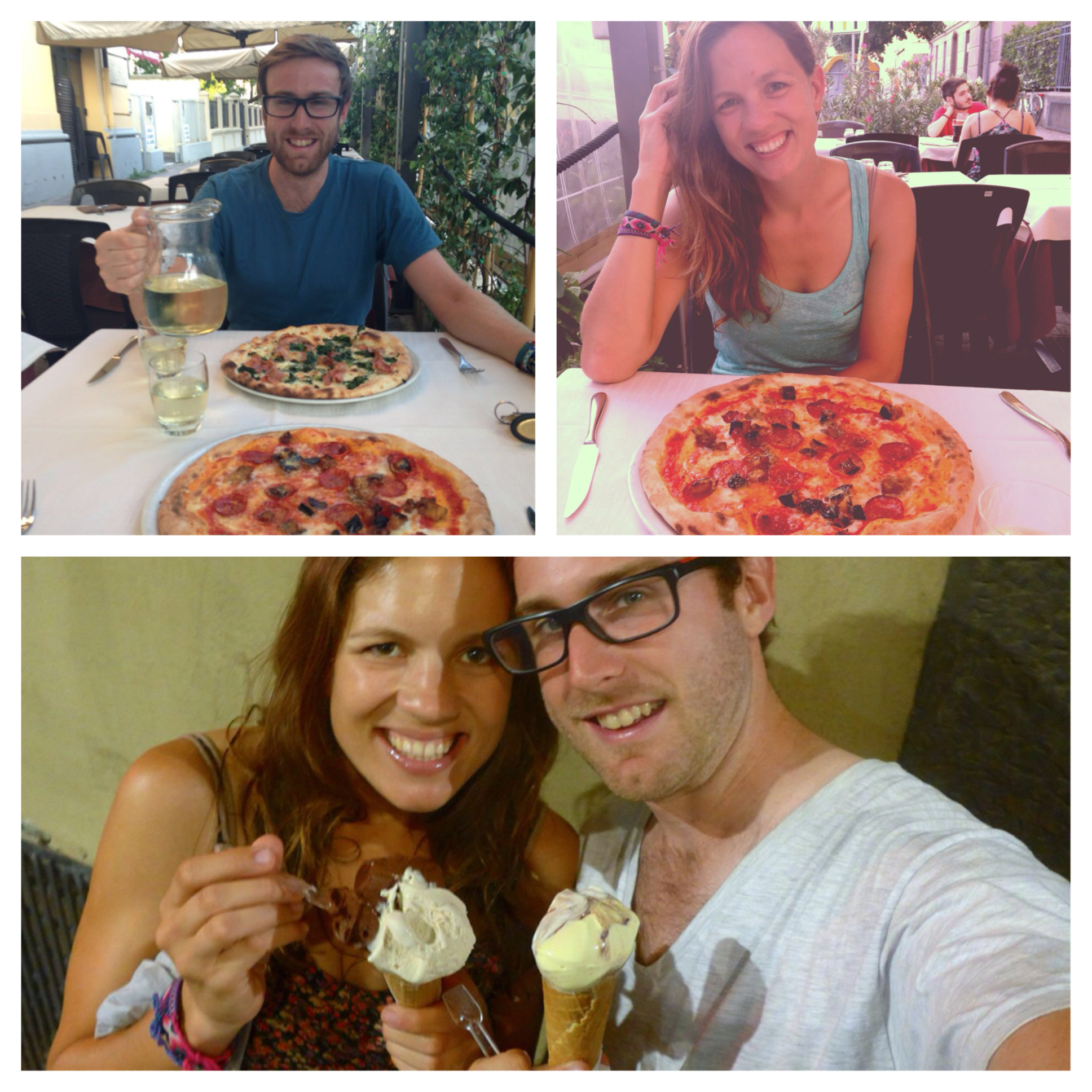 We stopped in the cities of Modena and Bologna, then moved into Florence.  We hadn’t done much research or thinking ahead for Italy given our last minute decision, which made everything a pleasant surprise. 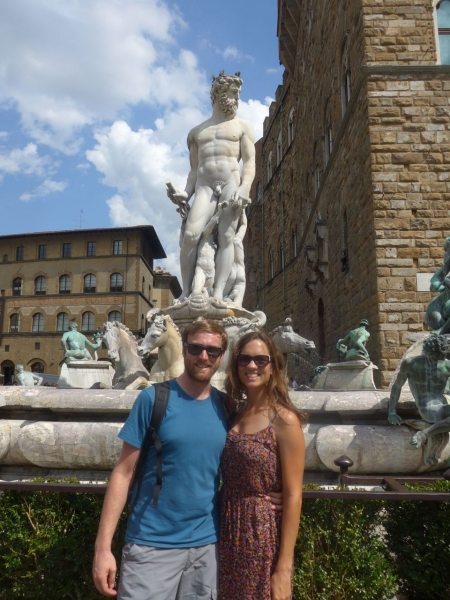 The interesting history and buildings of Florence were great to stroll through and learn about, along with the amazing influence that the Medici family had over the city, and the rest of Europe.  The cathedral with two tone green and white marble was an incredible sight as all the cathedrals we have seen to date have just been white. 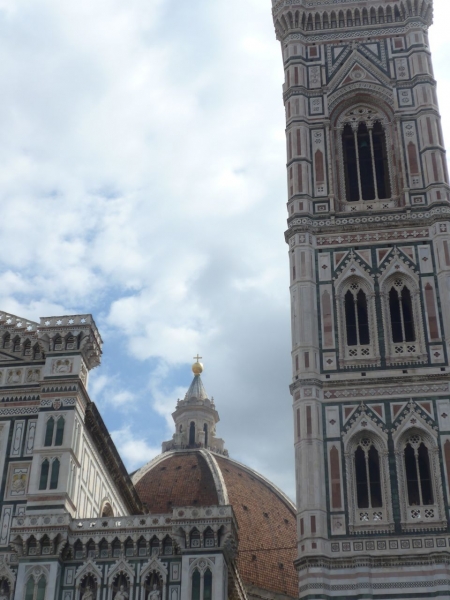 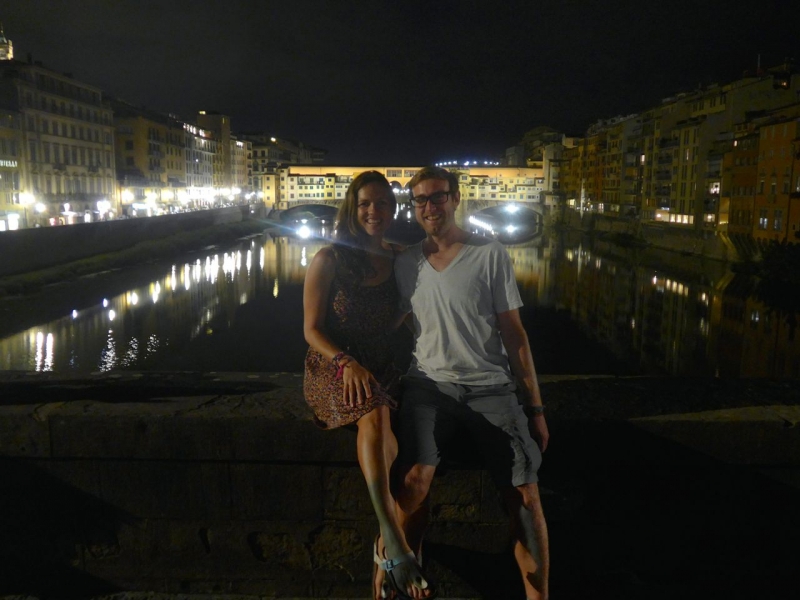 We also grabbed an espresso in Florence’s oldest and most famous cafe, complete with chandelier, and guys serving us in tuxedos! 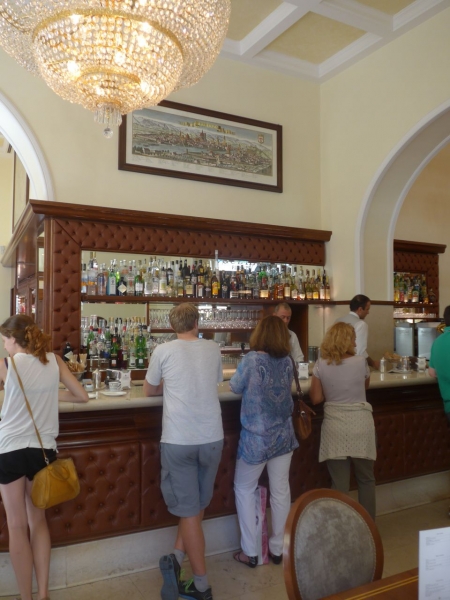 We learned some fun facts about the city including:

Off we went, excited to experience life under the Tuscan sun!

One thought on “Bevenuti in Italia e Buon Appetito”