One of the things we really wanted to do in our summer in Europe was see the Tour de France.  We had to backtrack a little to do it, but it was worth it.  We thought it might be on your bucket list too, so we made you a video to show you what it’s like to be a Tour de France groupie for the day.  Our thoughts and some pictures are below as well.

Once we arrived in Reims, we headed immediately for the finish line where we watched the riders approaching on the big screen for four hours, sometimes on roads that we had been on only a week prior.  And with the snap of a finger, the images projected on the screen were replaced by bikes whizzing right by us and over the line. 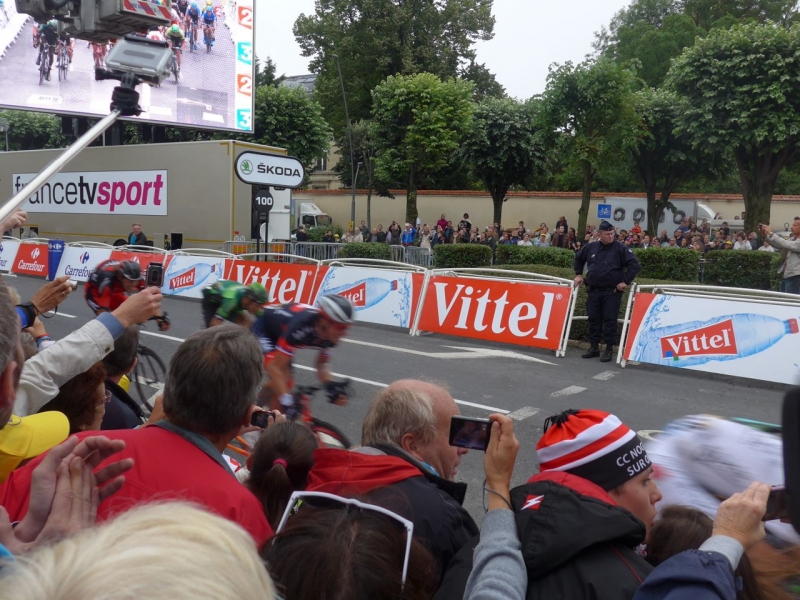 The following day’s start was just a short train ride away in Epernay.  We watched as all the massive team busses pulled in followed by multiple support cars carrying an inconceivable number of bikes.

At both the finish and the start is a fun festival atmosphere, where we made it our objective to get as much free Haribo as we could.  And take a funny picture too.

We picked a spot just after the start on a steep hill, where the riders were just warming up and taking it easy to get out of the city. 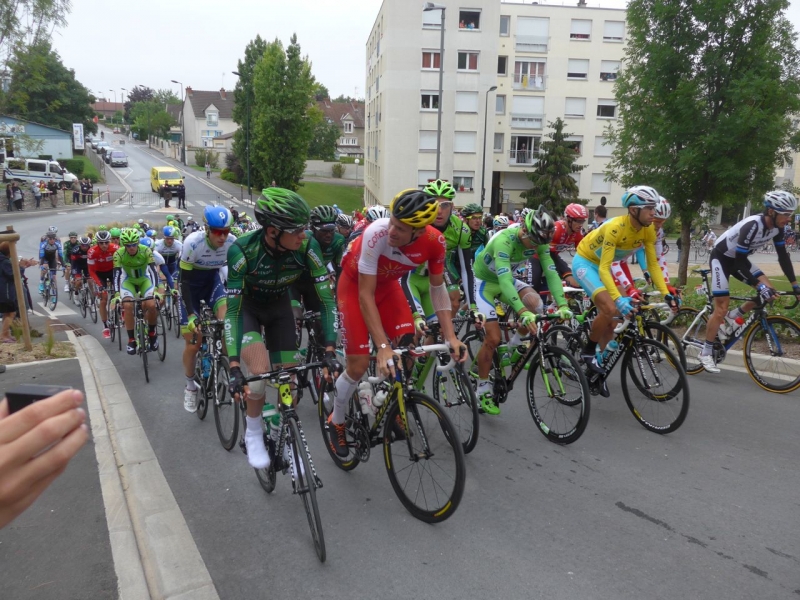 One neat thing about being at the Tour was seeing all the bike tourists come out of the woodwork.  We made our first bike touring friends after the riders left in a cafe on the main square – a family of three from Australia on an extended holiday, and a guy from Scotland who was using his two weeks off work to chase the Tour.  Hiding from the rain that had luckily held off for the riders in the morning, we drank coffee and exchanged stories.  One in particular that makes me laugh was our discussion on the illusive trifecta of French bathrooms – toilet paper, a toilet seat and soap.  You’ll never find all three in the same place.

One last dinner by the river (and one last bottle of champagne) before moving on and out to Paris!