On a sunny, beautiful day we set out for the beaches of Normandy.  Seeing where D-Day took place and the battles of Normandy is something we have always wanted to do, and while sobering it was fulfilling and enlightening.  After a short ride coasting through familiar farmland, we found the the Commonwealth Cemetery and passed by some of the first French villages liberated by Canadians after four years of occupation.  Just another 10 kilometres later, we were reunited with the sweet smell of the salty ocean.  Familiar and refreshing, but in Normandy it’s mixed with the reality of what happened here in 1944. 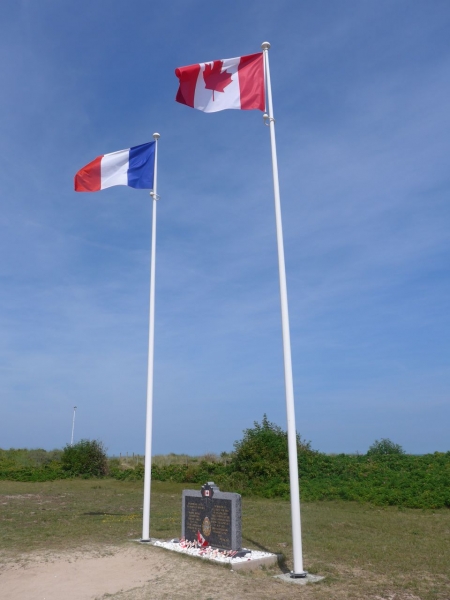 Standing on Juno Beach where 14 000 Canadians landed 70 years ago on D-Day, we could not imagine what they must have been thinking when they saw what they were walking into.  Bringing their challenge to life for us were remnants of the German defensive wall still standing, seemingly impenetrable.  We had the chance to walk through these concrete bunkers.  One thing that was surprising was how big the beaches were – as far as the eye could see was only half of what Canada was responsible for.  After the war, the area reverted back into the public beach it always should have been. 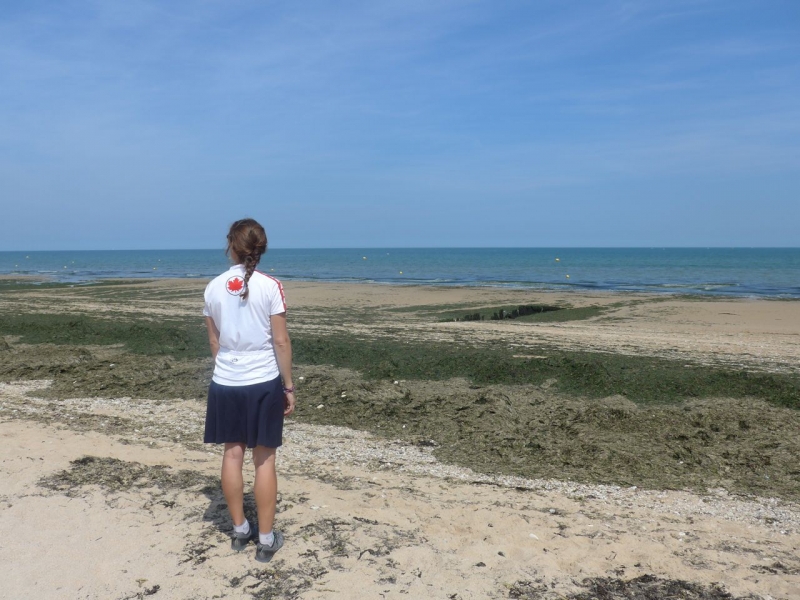 Canada has built a moving museum in their memory at the Juno Beach site.  After spending 3 hours there, we continued along the coast seeing many more sites from the war including the beaches Britain invaded and a German gun battery.  Sean was pointing out spots where you could see the grenade and artillery impact, demonstrating how the area was taken. 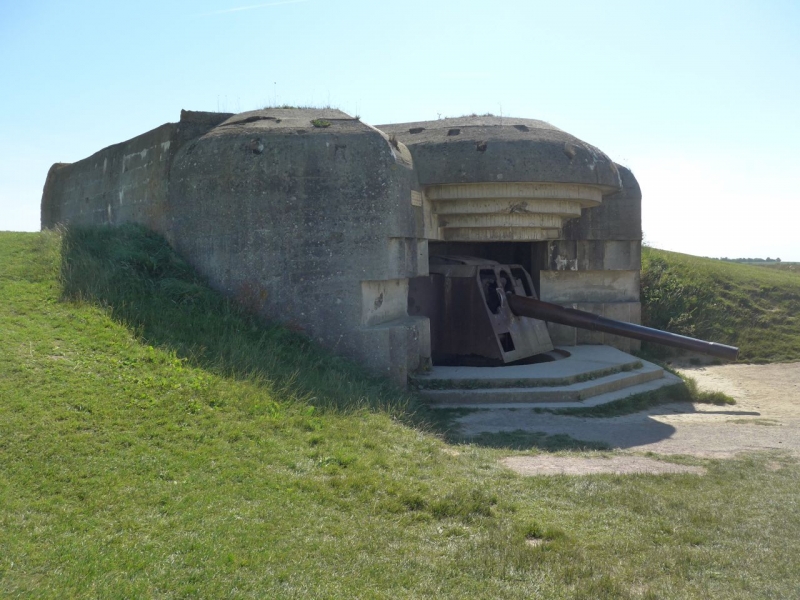 En route back, we sought out the local specialties of cider and ice cream, then that night checked out a light show on the local church, hiding under trees en route back whilst yet another thunderstorm graced us with it’s presence. 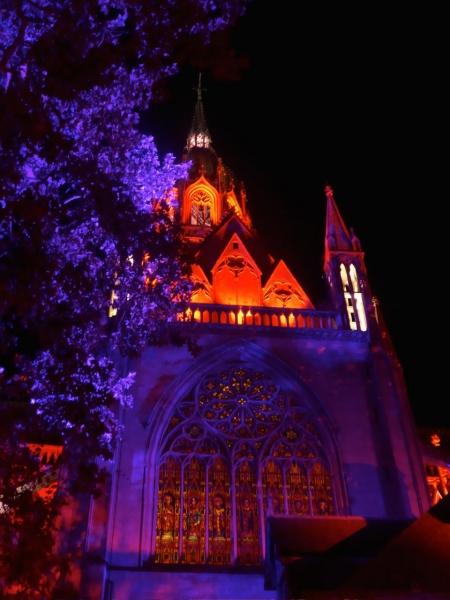 The area is also famous for the Bayeaux Tapestry, an almost 1000 year old, 70-meter long account of the Battle of Hastings.  You’re probably thinking what we thought initially – how cool can a long piece of sewing be?  But it was actually very interesting, and brought to life how control of the area changed hands frequently between the French, English, and local rulers.

We’ll share a video sometime soon which will give you a good idea of what it’s like to be at the D-Day beaches.  In the meantime here are a few more pictures:

One thought on “Normandy”