One of the casualties from the copious amounts of rain was unfortunately our iPhone.  So first order of business in Paris was a visit to the very exotic and French “magasin du Pomme” (just kidding, they call it the Apple Store too).  2 hours and 5 “technicians” later, we were promised a new one in a week.  We biked to our budget hotel just outside the city along beautiful canals lined with parks, then headed for Montmarte to spoil ourselves with a nice dinner out at a charming French bistro.  I think we were the only tourists there in a restaurant packed with locals.  To start were tiny raviolis in a delicious cheese sauce (which originate from Normandy) and a “mille feuille” of layered slice of ham and cheeses with raspberry puree, mains of steak with blue cheese and duck in a maple syrup glaze, and for dessert gateau du chocolate.  And a carafe or two of wine.  Everything was delicious. 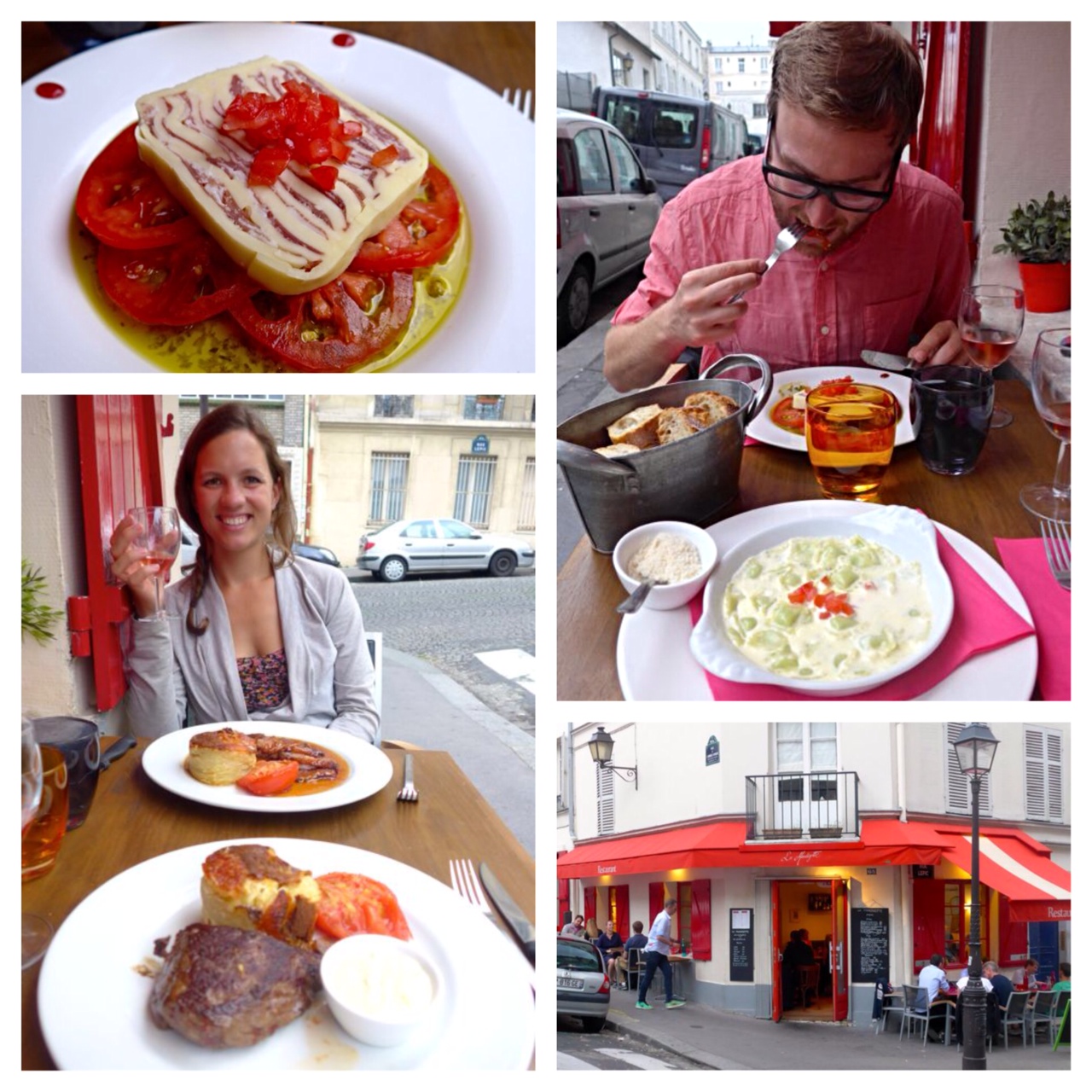 The meal from the night before kept us going for a full day of touring the following day around the main sites of Paris.  We liked Paris, but the over-abundance of tourists and non-bike friendliness made us crave the smaller French cities we have enjoyed so much.  A lot was left unseen for another trip in the future. 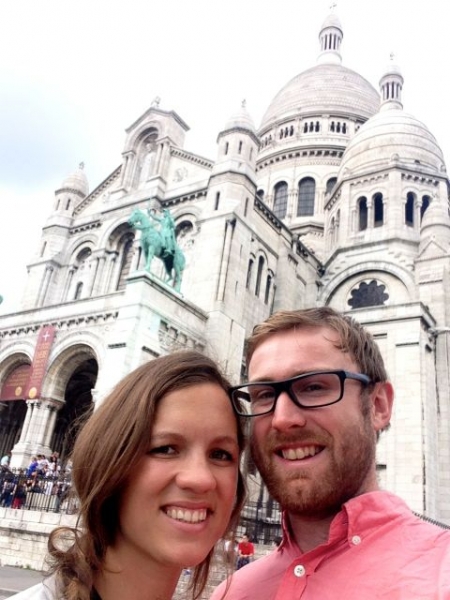 Versailles is only 25 kilometers away from Paris, an easy bike ride.  Or as it would have been with a map.  Alas, our map (aka iPhone) was out of commission, and we thought writing down the directions from Google Maps would be good enough.  Things are never as easy at they seem.  Our route took us through a beautiful park just outside the city… and also the hotbed of the Paris prostitution scene.  Those 2 kilometres will likely be the most awkward of our trip. 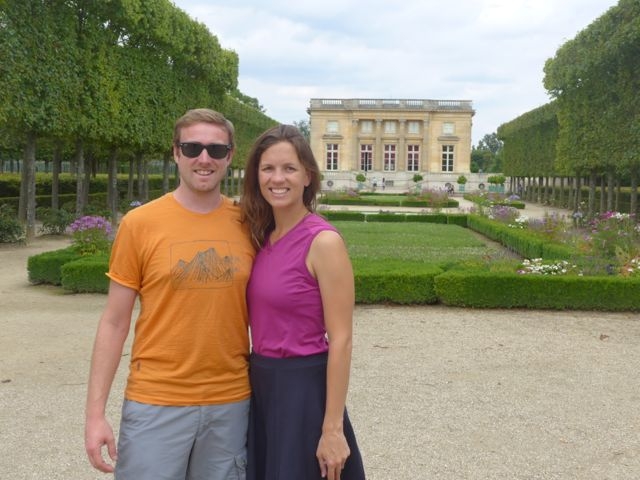 At Versailles, we chose to explore not the main palace but the smaller palaces of Marie Antoinette, and enjoyed getting lost in the garden.  Leaving Versailles, it became apparent while enjoying the sunset that we weren’t going to make it to our campground before dark.  So we had our first night of “wild camping” in a little park in a town, hidden by a wall.  We think our tent made it through the night undetected.  We, however, did not – we hadn’t had dinner, and there was a nice bench on the sidewalk above our hidden tent spot.  So Cami set up the stove there to cook our package of soup.  Because cooking soup on a park bench at 11 PM wearing headlamps is totally normal, right?  Surprisingly, we didn’t get any odd looks from the two people that walked by.  One even said bon appetit!  I’m sure they tell you not to cook soup in plain site when you are wild camping, but all is well that ends well.

We continued on to our train station that would take us to Normandy, stopping in a small town with an open Billiards cafe to join the locals at the bar for deux cafe and a baguette.

Arriving with a bit of time to kill before our train, we wandered around the town of Mantes-La-Jolie, a city with a lot of history as a strategic crossroads between Paris and the coast.  Whilst exploring we ran into a crew producing a video for the tourism office, and they asked if we could dance in the video for them.  Just what you want to hear after rolling out of a tent without even brushing your hair.  But we are obliging Canadians and we danced.  They promised to share the video with us when it’s out in September, and we’ll make sure to share it with you so that you can have a good laugh at us too.  We then had some delicious sushi, choosing not to order the foie gras roll (you know you’re in France when…) and the dessert Nutella sushi.  Why Nutella sushi is not in Vancouver yet I don’t know. Photo evidence in the album at the bottom. 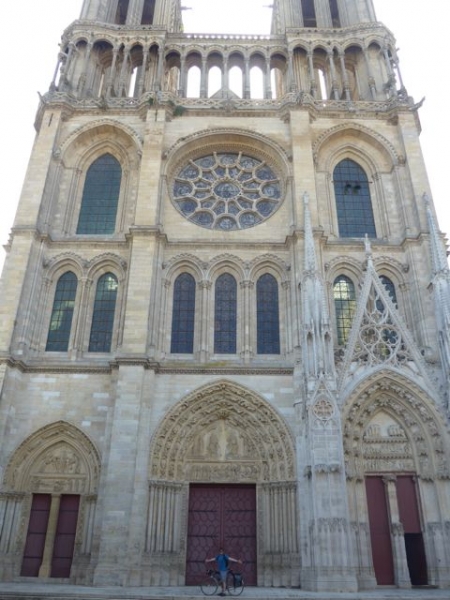 Our train journey was a little adventurous.  5 minutes before our train was scheduled to depart, we learned that it was not coming.  So Cami asked the 4 railway employees on our platform for help. They took her to an office where a different 2 people looked at our tickets.  Then another 2 people took a look and re-routed us, giving us 5 minutes to change platforms with our pannier-ladden bikes.  You wonder how anything gets done in France when it takes 8 people 20 minutes to make a simple change to two tickets!