Have you ever been on a Chinese Hat? We have!  Despite existing for about a million years, there still aren’t many plants to speak of outside the lava cactus and small grass on Santiago.  Quite morbidly, we watched a Galapagos hawk kill and eat a marine iguana. 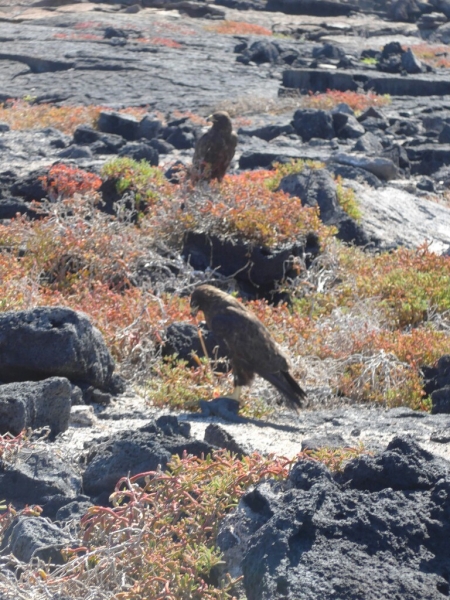 The snorkeling here was incredible and we can’t wait to share our videos.  We spotted our first penguinos both on land and in the water!  They are incredibly fast and adorable – the third smallest penguin in the world and endemic to the Galapagos.  We also saw a sleeping shark in a cave.  We were very conscious of the current that kept pushing us slightly closer and closer.

In the afternoon, we visited Whale Bay.  Not named for whales, but for the whaling boats that would stop in the protected harbour.  They almost made the turtle population go extinct in the few hundred years they would stop there, as they would take the turtles as meat given their ability to survive long distances without eating.  Turtles have been reintroduced to the area, and we were incredibly fortunate to spot 14 of them.  When they are threatened, they make a Darth Vader-like hissing noise and shrink into their shells. 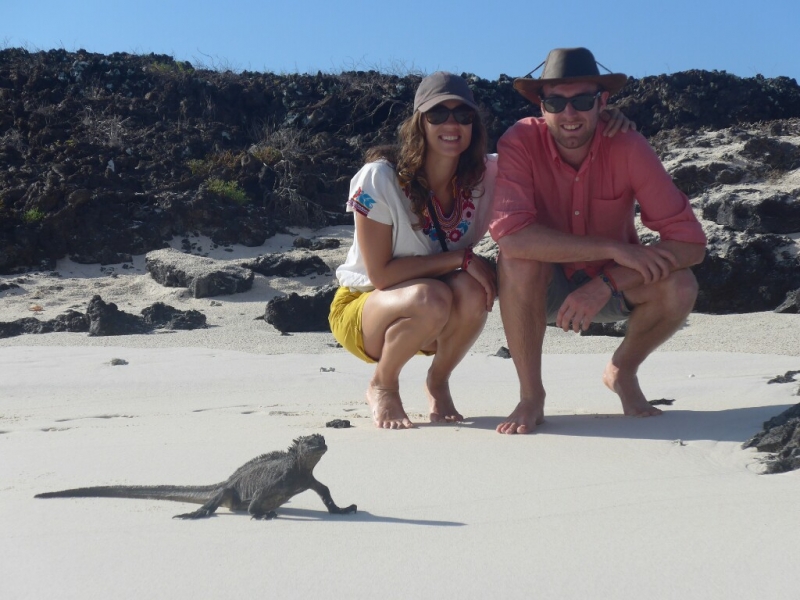