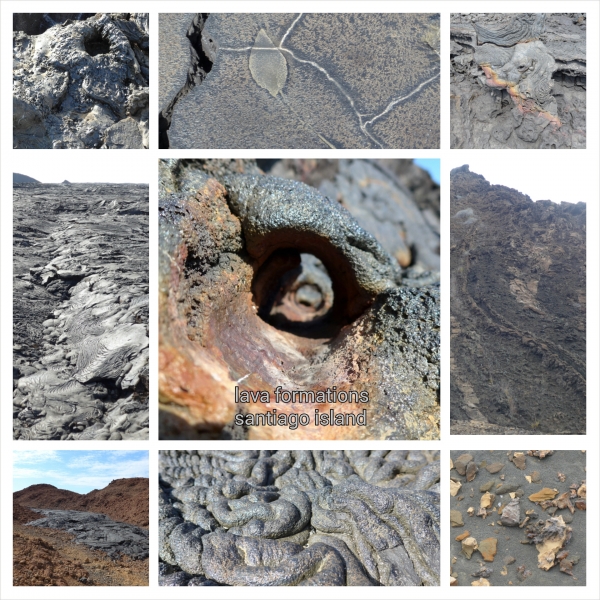 Across from Santiago is Bartolome, identified by the beautiful jagged rock.  It reminded us of Siwash Rock in Vancouver’s Stanley Park.  From the top vantage point you can see craters in the ocean. 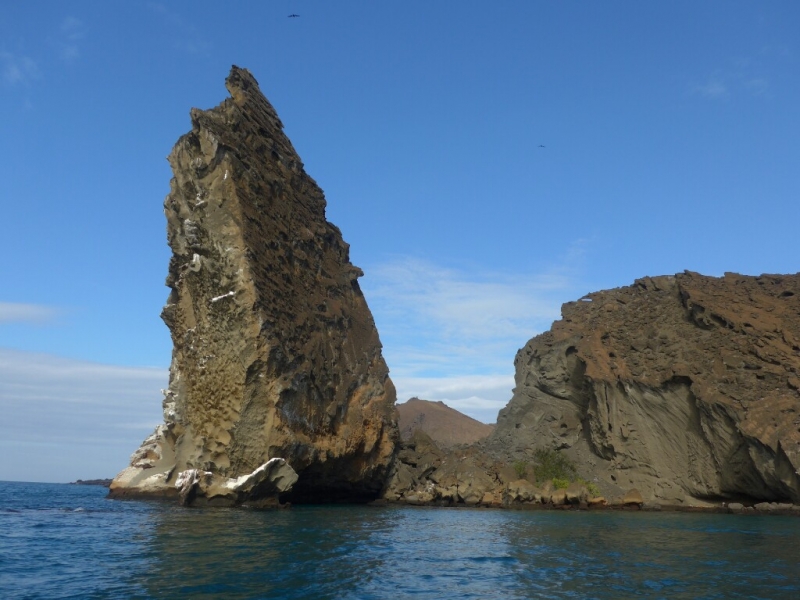 En route to snorkeling, we witnessed the mating dance of sea rays. From far away, it looked like a shark fin poking out of the water but it was just their wings.  Only a little bit later we spotted an actual shark, which turned into two, circling the boat.  We were all running around to the different sides to watch. 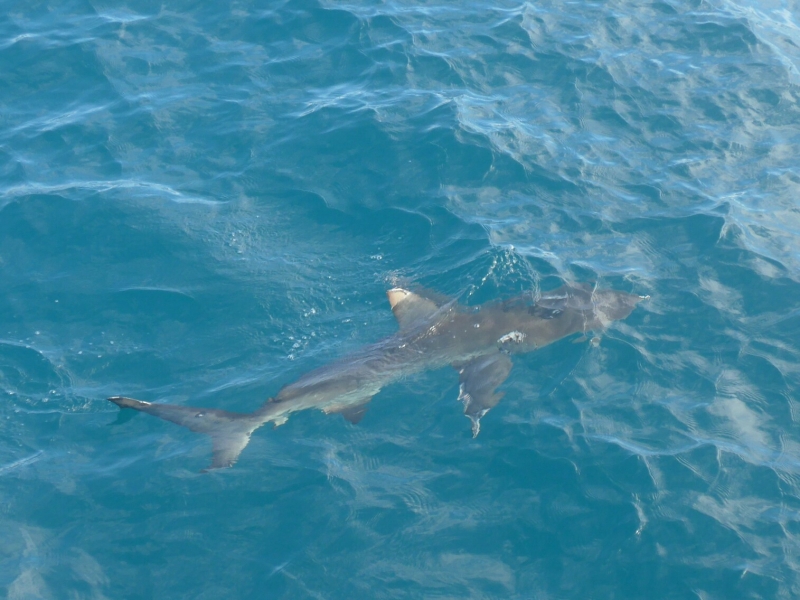 Generally the animals just ignore you (I still get a bit scared as you will see from some of the pictures!), but apparently this doesn´t apply to sea lions when you are wearing black.  They apparently thought I looked a bit too much like sea lion sitting on that stair, and I got a bit of a fright! 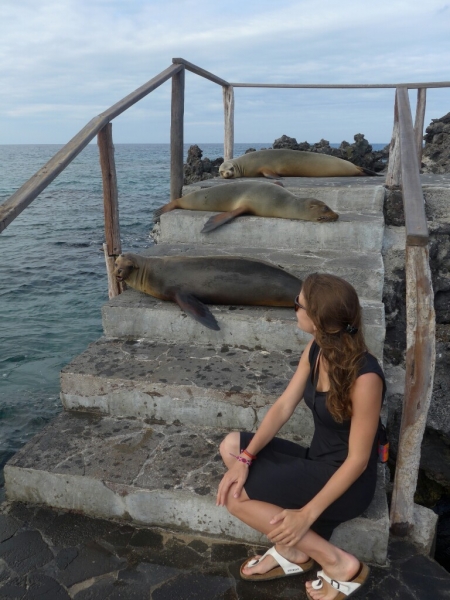 That night as we relaxed on the top deck and navigated to our next destination, the frigate birds followed our boat.  It was magical to watch them glide on the up draft. 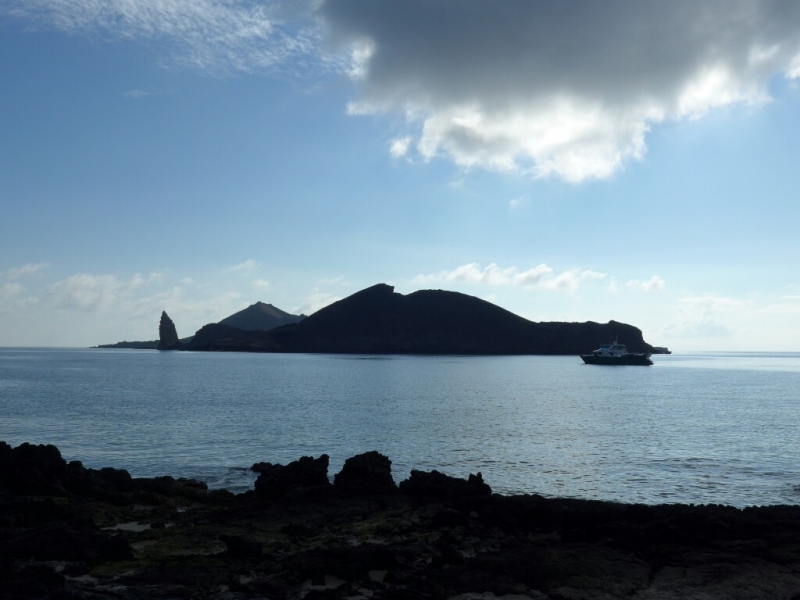