Our favourite part of the day was very peaceful – sitting in a beautiful cove watching life unfold before our eyes. Sea lions biting and playing with the tails of the marine iguanas, blue footed boobies diving for fish in the distance, turtle heads popping up for air, flightless cormorants sitting on the rocks, and big bright red crabs scuttling around us.  We were the only ones in sight as far as the eye could see.  Fernandina is the youngest island in the Galapagos erupting as recently as 2009, luckily not again when we were there!

We were excited to see flightless cormorants as this is the animal is living proof of evolution – spending so much time in the water and with no fear of predators on land, they lost the ability to fly and gained the ability to swim fast to catch fish and even octopus. 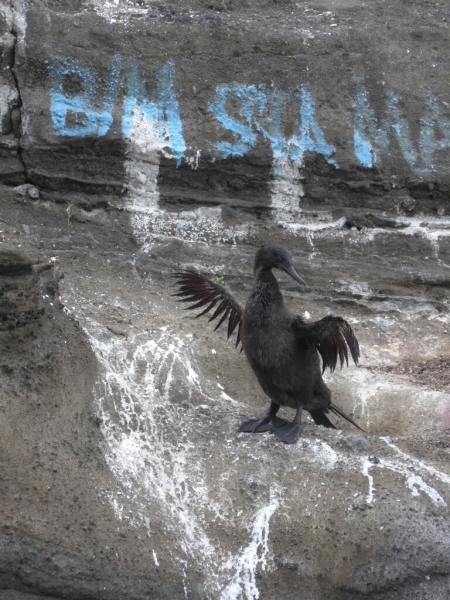 For the afternoon we crossed back to Isabella where we saw Darwin’s lagoon.  This again is another traditional anchor point for the whaling ships, some of which have left their mark dating back to the 1800s.  This of course is strictly prohibited now. 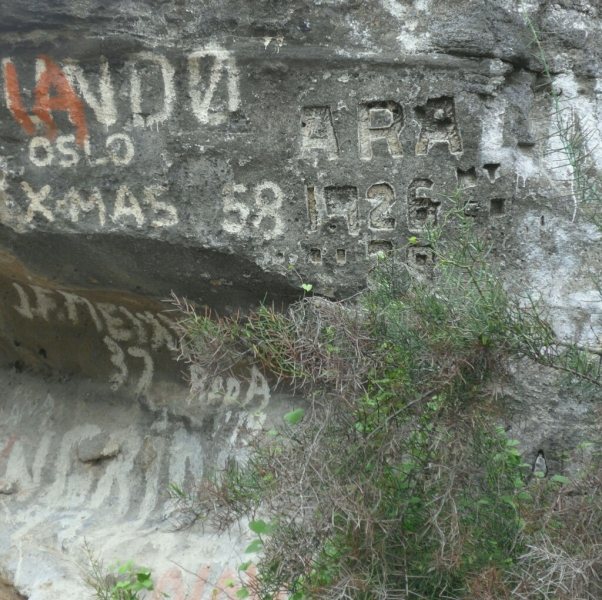 Snorkeling in this area, you didn’t even have to look for the penguins and turtles – they were everywhere swimming with us. We also spotted the elusive seahorse!

After a boat ride along the cliffs watching the pelicans, boobies and penguins eat dinner, we concluded that it was our best day yet.  And then, in the distance, a beautiful rainbow appeared.  Followed by an incredible sunset with lingering red on the horizon.  That was then peppered with the white ocean spray of hundreds of dolphins jumping. Incredible day. 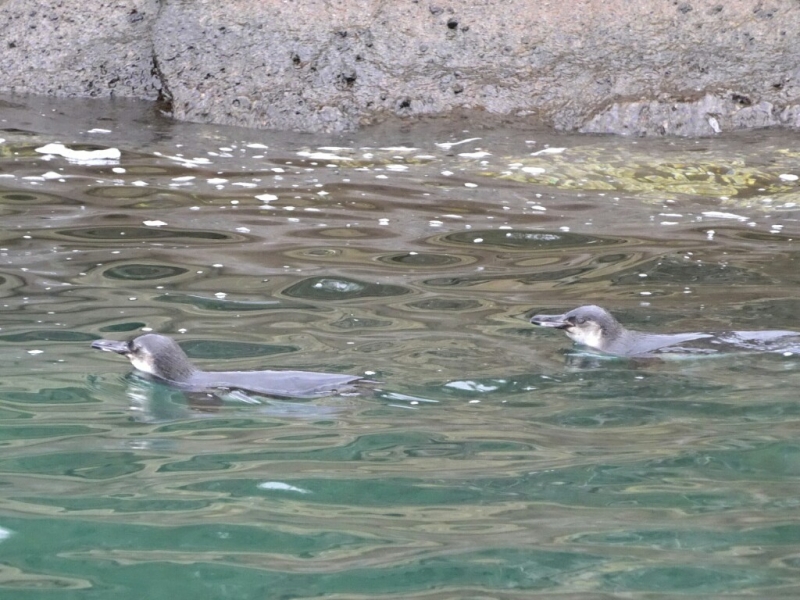