Our trip to Medellin was planned around going to a Colombian soccer game, and we were glad we did. The fans are crazy. Colombia’s national team was ranked 3rd going into the World Cup, but their star player Falcau is out with injury.  We saw a great match between Independiente Medellin and rivals Santa Fe from Bogota. The home team lost but the fans didnt seem to notice until the end when the cheers turned to hisses. 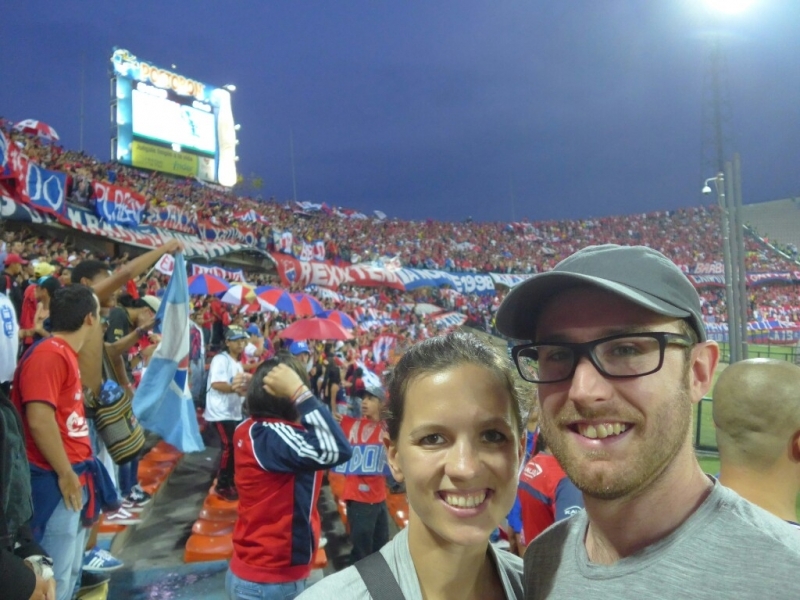 Once the most dangerous city in the world, things have changed a lot (see the picture of the sign advirtising murder rates). Part of the changes are due to investment in public transportation and spaces (called “democratic architecture”), which includes cable cars running from city up the poor hillside barrios. We rode all three of the cable cars which are a part of the local transit system and included in the price of the metro. 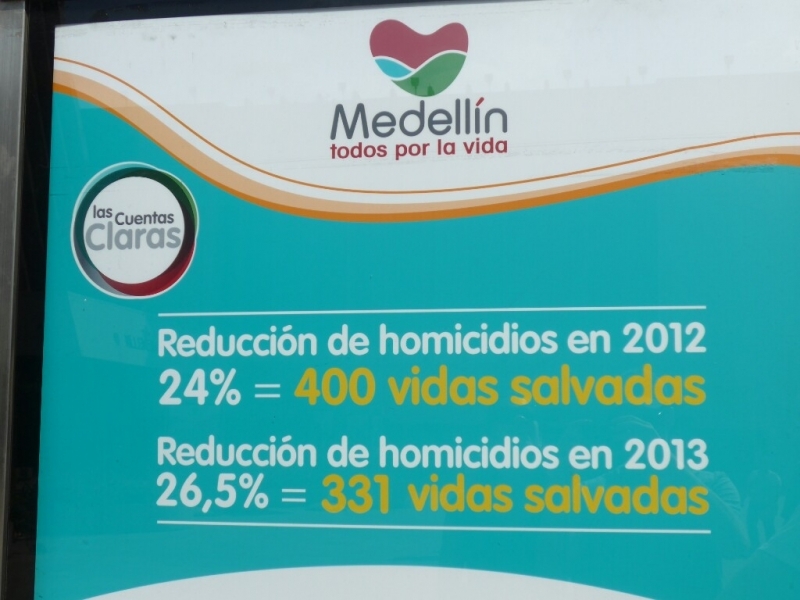 We learned from a walking tour that the city developed in isolation from the rest of Colombia thanks to the surrounding mountains, and was populated by Catalan and Jewish people escaping persecution from Europe. On our route was more Botero sculptures, a half finished church, the train station that connected the city to the sea and brought prosperity, many street markets, and the pride of the city, the very clean metro,  built surprisingly during the escobar era.

[Click on the first picture to open, then click on the right hand side to scroll through all the photos]