We didn’t plan on staying in Bogota for 5 days, it just happened. We needed time to recover from all the fun we were having. We spent our days doing a bike tour of the city which covered the beautiful graffiti murals, tallest building in the world (196 meters, but it has a leg up on Shanghai and Dubai starting at 2625 meters), bull fighting ring (not used for the last 2 years due to the mayor’s decree), fruit market and the historic district where we were staying. We also hiked the Bogota equivalent of the Grouse Grind, with some altitude and heat thrown in for fun. The view at the top was worth it.

We loved the museums in Bogota. Our favourite was a close tie between the famous gold museum, which highlights the indigenous gold products from across Colombia, and the Botero museum, a Colombian artist known for altering proportions in sculpture and paintings. Our favourite pieces are below. We spent a lot of time in Bogota just wandering around, sampling whatever food looked tasty – more of that in a Colombia food post later.

Maybe more memorable in Bogota though was the nights. We got a taste of the expat lifestyle meeting up with a friend of a friend and learned that Irish bars really are the same all across the world (including the prices!). Most notably was a night at Andres Carne del Ray, a famous, huge restaurant/bar/club about 45 minutes outside the city. We went there by bus with about 10 new friends, and finished the night with about 10 more on the dance floor. The day after, Sean cited his economic experiment excuse to get some McDonalds and we had fun at flea market.

Bogota was also a nice place to finally drink some real beer – we met up with some friends from our lost city hike at the Bogota Beer Company which satisfied our craving for a little while at least. We returned back there to watch the Seahawks win the Superbowl. 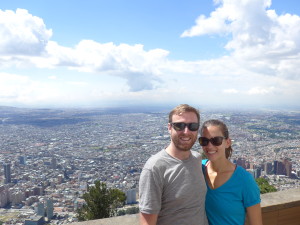 We earned this view from the top of Monserrate – Grouse Grind at 3000 meters!

Bottero’s take on the Mona Lisa 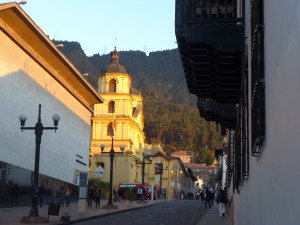 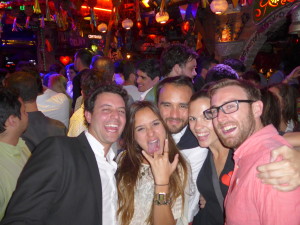 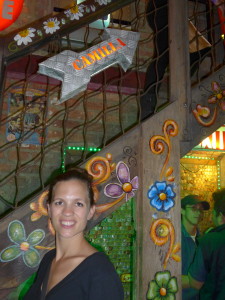 This way to Camille! 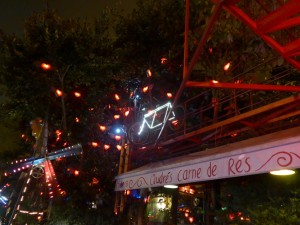 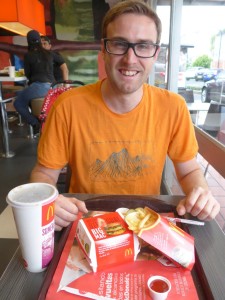 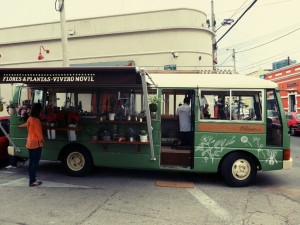 Cami smelling the roses at the Bogota farmers market

Sean ordering an organic coffee from an inventive barista

The historic central city square in Bogota, home to the presidential house, church, and the new palace of justice (old one was destroyed in 1985 by armed guerillas & the military) 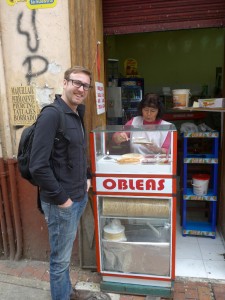 Sean ordering a roadside treat, Olbea, a round wafer filled with cream and dulcce de leche